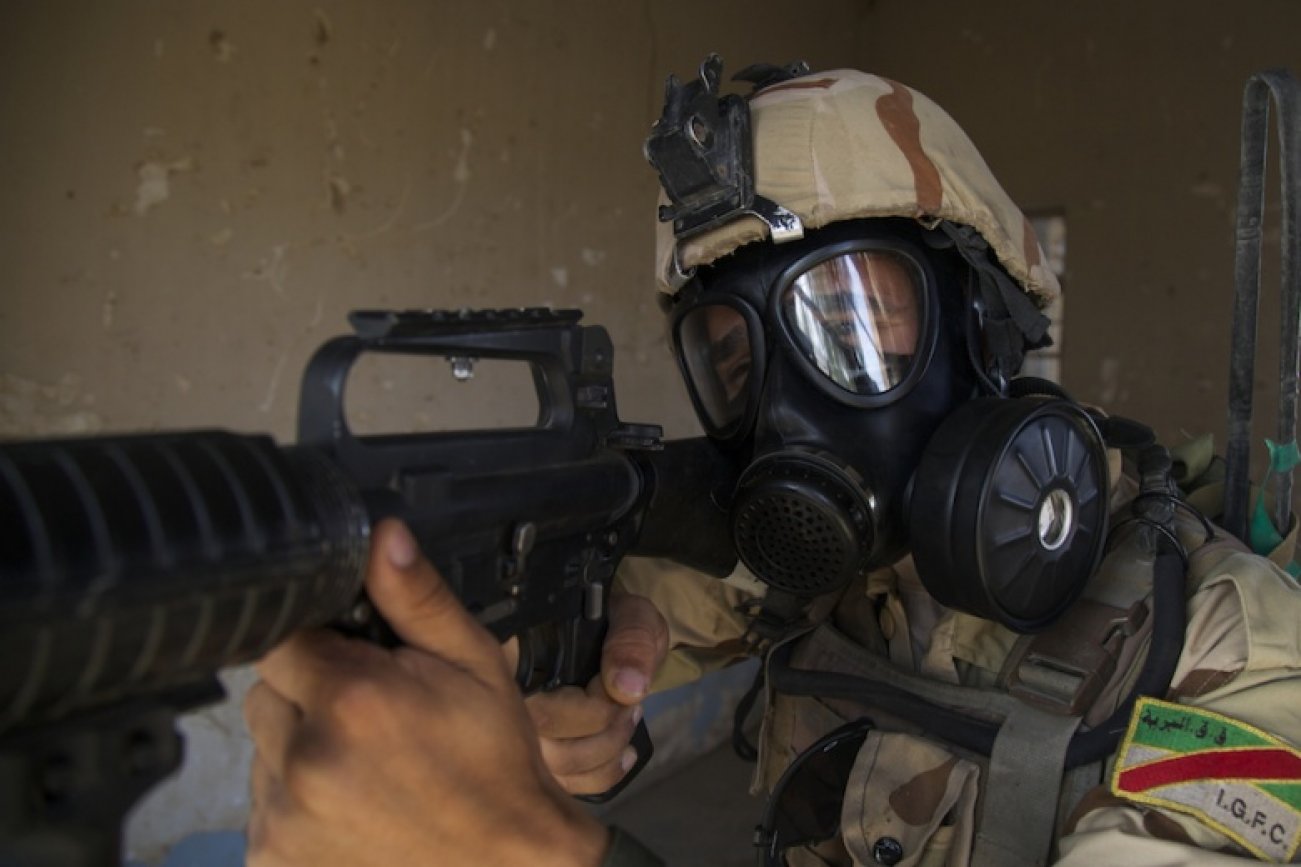 The Turkish establishment is extremely apprehensive about the uncontrollable tide of change along its southern border. Pro-government sources, as well as opposition papers, are full of stories depicting sinister plans for excluding Turkey from regional geopolitics and, even worse, providing Western support for the PKK and its offshoots. In this reading, the threat of Islamic State (ISIS) lays the groundwork for a non-Sunni and pro-Western, pro-Israeli coalition, undermining Turkish interests. This interpretation also entails certain qualms about rising Iranian clout and Western legitimization of Iranian regional designs, especially following the nuclear deal.

The misunderstanding of the basics of regional geopolitics aside, this twisted interpretation of events has rendered the Turkish government and public opinion even more sensitive to the changing balances in post–Arab Spring Syria and Iraq. While Turkey initially welcomed the popular revolts in the beginning, in the name of advocating change and integration with the Arab world, today the Turkish government is fundamentally pro–status quo despite the impossibility of turning back the rising tide of change.

Turkey’s Agenda in Syria and Iraq

Turkish policy in Syria and Iraq is currently defined by a set of paradoxes: First, Turkey defends the territorial integrity of Syria and, to a lesser extent, Iraq, primarily due to concerns about Kurdish independence. Yet, while the defense of Syria’s unity would ultimately mean unconditional support for the central governments in both countries, Turkey has not overcome its categorical opposition to the continued rule of Assad and recently entered into a war of words with Baghdad. Second, Turkey feels a historical responsibility to uphold the geostrategic balances vis-à-vis its national rivals—Iran and Russia—as well as to maintain the Sunni-Shia balance in its immediate neighborhood. Yet this balance has largely been lost due to the United States’ lack of commitment to Syria and readiness to cooperate with Iran and pro-Iranian elements in Iraq. Therefore, Turkey is wobbling between cooperating with its rivals and restoring cooperation with its allies—the United States and NATO—to reach its regional policy goals. Third, Turkey traditionally espouses a cautious policy towards regional conflicts, firmly upholding a policy of nonintervention. Today, Turkey is explicitly advocating for a return to the post-1918 status quo in the region but is also following an active, and in a way daring, approach with military presence in both Syria and Iraq.

Despite a new Turkish willingness to counter threats outside its borders, Turkey’s cross-border involvement in Syria runs the risk of confronting Russia and Iran, while in Iraq it has already faced opposition from pro-Iranian elements, above all the central government in Baghdad. Western support for Turkish regional goals has also been minimized as the United States tries to resolve Iraqi issues with pro-Iranian Baghdad and Syrian issues, until recently, with Moscow. The divergence with the United States in regional policies has been the main reason why Secretary of State John Kerry has failed to visit Ankara since September 2014. This, together with U.S. cooperation with the Democratic Union Party (PYD), has further alienated Ankara from Washington and brought about recent moves for reconciliation with Russia. Turkish-Russian cooperation on regional issues, despite fundamental differences in their policy goals, might yield semi-concrete results in coordinating the humanitarian response, fighting back ISIS and thus minimizing the further spillover of the Syrian conflict.

On top of these regional entanglements, Turkey faces the transnational threat of terrorism from the Kurdistan Workers’ Party (PKK), which is emboldened by international support in Syria and its increasing role in Iraq. The PKK has intensified its terror attacks in urban centers with the backing of its military leadership in Qandil, Iraq, and sister organization PYD/YPG in Syria. While the former is still acknowledged as a terrorist organization by the international community, the latter has reportedly received armaments and monetary support from the United States, the Assad government, Iran and, until recently, Russia.

Turkey also clashed with ISIS following its attacks on Turkish targets in urban centers and border areas. ISIS is said to demonize Erdoğan and aspire to conquer Istanbul as the capital of its caliphate. Moreover, secret ISIS cells in Turkey were involved in lone-wolf attacks that aimed to target Kurds and Alevis to create further division inside Turkey. Turkey thus opened up its airspace for allied operations against ISIS in Syria and Iraq, and before August 24, land operations bombarded ISIS targets with artillery across the border. The ensuing military operation with the support of the Free Syrian Army (FSA) forces has virtually cleared ISIS from the Turkish border and enabled deeper penetration of Turkish forces into Syria. The latter point basically defines the Turkish goals as the operation was code-named “Operation Euphrates Shield” to underscore the Turkish commitment to preventing a de facto Kurdish-PKK corridor from Kobane to Afrin linking eastern and western flanks of the Euphrates River. Ankara disputes the presence of PYD elements in traditionally Sunni Arab lands such as Manbij and has vowed to roll back the military march of the PYD west of the Euphrates.

Turkish policymakers also seek to relocate the growing burden of Syrian refugees. On that note, Turkish penetration into Syria has enabled the return of more than four thousand refugees to Jarablus, which Turkey presents as a broader model for addressing the challenges wrought by the Syrian human flow. To that end, Turkey aims to capture Al Bab and has shown interest in employing military forces to liberate Raqqa from ISIS, which would ultimately expand the de facto “safe zone” being established in northern Syria.

The future of Aleppo is a major issue, with broader implications for the Turkish position in Syria. Aleppo falling to Assad’s Russian-backed army would reinvigorate of the Assad regime and empower its goal of recapturing “every inch of Syria.” There have been several reports, though since invalidated, in pro-government media that have hinted at Turkish-Syrian cooperation against the PKK-PYD in return for Turkey putting an end to its resistance against Assad forces in Aleppo. In any case, the end of resistance in Aleppo would initiate yet another wave of Syrian refugees, who would largely seek refuge in Turkey. Without Russia withdrawing support for Assad’s onslaught or the United States making a U-turn to commit military resources to the rebels, Ankara is desperate to find a solution for the prospective disasters in Aleppo. Recently, there were reports that Erdoğan approached Putin about relieving the siege in Aleppo by asking for Russian support to let Turkish aid convoys into the city. The exclusive meeting in Lausanne, which brought together the United States, Russia, Turkey, Iran, Saudi Arabia and Qatar, did not produce a formula to ameliorate the humanitarian crisis in Aleppo.

The Broader Repercussions of the Mosul Operation

Turkey’s predicaments in Syria did not prevent the Turkish government from pursuing geostrategic goals of similar ambition in Iraq. Crowded out by Iran’s predominance in Baghdad and Basra, Turkey redoubled its efforts to make up for its losses in Erbil and Mosul in collaboration with the President of the Kurdish Regional Government (KRG) and Sunni Arabs, particularly the former governor of Nineveh Province (including Mosul), Atheel al-Nujaifi. When ISIS invaded Mosul, Turkey faced a diplomatic crisis after the kidnapping of its consul general and forty-eight staff with their families. ISIS moved its headquarters to the Turkish consulate in Mosul, which has shown the extent of the rivalry for the soul of the city.

Today, Ankara insists on playing a major role in the operation against ISIS in Mosul in order to, first, restore its leading position as the protector of Sunni Arabs in Iraq and, second, to avert a possible worst-case scenario whereby either Baghdad or the KRG comes to control this key city. Turkey’s rapprochement with KRG president Masoud Barzani does not fully sideline Turkish opposition to the idea of Kurdish independence. Yet, Ankara and Erbil have found themselves in cooperation, confronted by Iran-led Shia groups on the one hand, and the PKK’s quest for a wider role in northern Iraq on the other. While the PKK is not a major political player in the KRG, its claim to represent and fight for Kurdish interests from Syria to Turkey and Iran poses an invincible threat to Barzani’s claim for “leadership of the Kurds.” This complicated relationship against a common enemy sets the tone for the current tactics, but how would it determine Turkey’s strategy for the KRG and Iraq in the longer term is still a moot point.

Turkey’s interest in the Mosul operation also stems from historical claims to Mosul and Kirkuk, which have never been lost on the national imagination. They remain part and parcel of the territories severed from Turkey at the end of the First World War and have been disputed in Turkish politics ever since. Therefore, Turkey has advocated special status for their administration and fought a diplomatic war with the KRG, especially in Kirkuk, only to fail to realize a referendum in accord with the 2005 Iraqi constitution. Kirkuk is under the de facto control of peshmerga forces, and a further Kurdish hold on oil-rich Mosul would receive a nationalist backlash in Turkish politics.