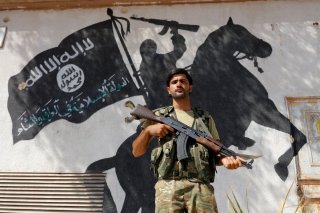 Mercenaries have been around for some time, but while their purpose—guns for hire—has remained largely stagnant for decades, they are now being employed as instruments of foreign policy by several countries. The Russian Wagner Group, a quasi-private military company (PMC), has been rewriting the rules of the game and expanding Moscow’s footprint in the Middle East, Africa, Southeast Asia, South America, and, most recently, Ukraine.

Closer to home, Turkey has borrowed from the Kremlin’s playbook and is using PMCs to revive its Islamist credentials from Libya to Qatar and Malaysia. This is a significant adaptation of Russia’s playbook, with implications for the Middle East and North Africa (MENA) region to Southeast Asia. While Russian PMCs are motivated by money in carrying out the Kremlin’s objectives, their Turkish equivalents are driven by the belief that it is their duty to spread Islamist aims—or, at least, Islamist aims as defined by Ankara: assertive engagement, often in areas of former Ottoman influence.

Just as the Wagner Group’s future is closely linked with Russian president Vladimir Putin, the Turkish private military and security sector is closely linked with the country’s strongman, President Recep Tayyip Erdogan. While Putin envisions a new Russia rooted in Eurasianism, Erdogan has his eye on global Islamic leadership.

Ömer Taspinar, a security expert on Turkey, explained it thus: “At peace with Turkey’s Muslim heritage and multiple identities, neo-Ottomanism is also much more ambitious and idealistic than Kemalism in projecting Turkey as a regional superpower.” Following the 2011 Arab Spring, Turkey seized the moment to expand its influence in the region.

Today, Turkey’s PMCs are another tool in the expanding arsenal of President Erdogan’s assertive neo-Ottoman vision of the world. The unique characteristic of Turkey’s leading PMC, Sadat International Defense Consultancy, is that it could combine an “army for hire” with an “off-the-shelf air force” armed with the already-famous Bayraktar drones. Turkish drones from the Middle East to Ukraine have shown how affordable combat drones (UCAV) can offer effective off-the-shelf airpower. Combining both options makes Turkey an attractive proposition for Islamic countries with a need to augment their security.

As with the Wagner group, the PMC label is also a convenient and efficient way for Turkey to develop a government-aligned paramilitary structure. Sadat, founded by retired Brigadier-General Adnan Tanriverdi, hews closely to the ideological path laid by Erdogan’s Islamist government, and is at the center of an ongoing debate in the West regarding its role as a shadow operator for Turkey’s non-official maneuvers.

The July 2016 failed Turkish coup had a notable side-effect: It gave rise to Turkish PMCs and paved the way for them to play a more prominent role in Ankara’s foreign policy. The idea of Sadat came to Tanriverdi during the Yugoslav wars. At that time, he was part of a visiting delegation to Bosnia-Herzegovina, and was against the idea of the West controlling the Bosnian Army, which he viewed as a step towards allowing Western private defense companies to turn neighboring Muslim states into enemies. Tanriverdi is quoted on the Sadat website:

Although its geography is covered with forests and has mountainous terrain, we learned that the Bosnian Army was transformed into a structure dominated by armored units and tanks by the company in question. However, the Bosnian Armed Forces should have consisted of units capable of performing commando and air-mobile operations in accordance with the country’s lands. But since the cost of forming these units would be less, it would not be in accordance with the interests of the private company and the country behind it,

The path from Tanriverdi’s idea of an Islamist PMC in Bosnia to the creation of Sadat and its expanding footprint in the Middle East is intertwined with Erdogan’s rise and the retired general’s elevation into his inner circle. Since the 2016 coup, Sadat has been at the forefront of many of Erdogan’s initiatives. In 2019, a Turkish opposition party called for an investigation of Sadat’s activities on different fronts, ranging from alleged military operations against the YPG in Syria to rumored paramilitary training camps in Turkey for AKP militants, who are used to enforce Erdogan’s policies and quell any signs of unrest. Sadat denied any involvement, and Ankara refused to comment despite multiple press inquiries.

The company’s website, however, removes any doubt about its aims. It says: “Sadat Inc. aims at establishing the cooperation among the Islamic Countries in the sense of military and defence industries, in order to assist the Islamic World to take the rank it deserves among the Super Global Powers as a self-sufficient military power.”

In a declaration published in March 2022, Ali Coşar, a retired colonel and Sadat board member, summarized the scope of establishing the Joint Defense Industry Cooperation of Islamic Countries from Qatar to Malaysia: “…to play a catalyst role in developing the Islamic Countries’ defense industry cooperation environment.”

Writing on Sadat, Major Matt Powers, an active duty officer serving on the U.S. Army’s Joint Staff, observed that “despite a diverse and often provocative body of reporting, Sadat is best understood as a modern example in the evolution of the privatized military industry, serving as an indigenous Turkish alternative to both Western and Russian companies.” Thus, while Wagner and similar Russian PMCs are composed of contractors that share Putin’s Eurasian vision, monetary gain is their main motivation. Sadat, on the other hand, is the manifestation of Tanriverdi’s vision of an Islamic army that is motivated by religious values first.

Nevertheless, the Wagner playbook from the Middle East to Africa has shown several valuable lessons to Ankara. Over the last decade, Russian mercenaries provided a cost-efficient and flexible force for achieving Moscow’s geopolitical objectives when the cover of plausible deniability was required. Also, the Wagner model is an efficient way to avoid sanctions while lining the pockets of the Russian elite. As the Russian Army is bogged in what will be a lengthy war of attrition in eastern Ukraine, Russia’s quasi-PMCs are acting as the Kremlin placeholder in natural resource-rich African countries, being paid locally by cash or in precious metals.

Islamist Expansion Under the Neo-Ottoman Banner

Now, Sadat’s footprint is growing in Syria, Libya, Nagorno-Karabakh, and Qatar, but Ankara has refused to admit to any official involvement—a response similar to Russian foreign minister Sergey Lavrov’s statement that Mali’s choice of the Wagner Group is a private business transaction. The Jerusalem Institute for Strategy and Security and Abu Dhabi’s TRENDS Research & Advisory assert that, over the last decade, Turkey has had a large pool of well-trained, easily deployed, and effortlessly disposable proxy forces as a tool of power projection, with a convenient degree of plausible deniability. The researchers concluded that when combined with Turkish non-official but government-directed and well-established groups such as the Gray Wolves—an ultra-nationalist paramilitary group—it is clear that Erdogan now has a private military and paramilitary system at his disposal.

Based on Turkey’s declared—and undeclared—foreign policy goals, an Islamist expansion under the neo-Ottoman banner in Afghanistan and Somalia are the next logical steps. As soon as the United States fled Kabul, Ankara moved in to propose that Turkish private military contractors be used to provide security. The same modus operandi was used in Mogadishu.

According to Coşar, Turkey will need to support building a new Afghanistan run by the Taliban in cooperation with Pakistan, Qatar, and Malaysia. Coşar, quoted on the website of Turkey’s Association of Justice Defenders Strategic Studies Center (Assam), notes the historical parallel between modern Taliban religious warriors and Seljuk and Ottoman Turks in following Sharia law during their rule. He considers the Taliban “the 21st century’s religious warriors who once again prioritised asymmetrical warfare and embraced martyrdom and becoming veterans for their homeland, and prevailed over the conventional superpowers backed by special forces in the mountainous Central Asian terrain.” It is not by chance that Tanriverdi is Assam’s president.

Also, the choice of the three countries to aid in this effort—Pakistan, Qatar, and Malaysia—is not by chance. Pakistan’s relationship with Turkey is improving since Ankara agreed to build an industrial production line for combat drones in Islamabad, arguably in exchange for an entry point into Afghanistan. Qatar is not only a supporter of Turkey’s expansion of influence in North Africa, but also a long-time recipient of its military equipment, support, and training. Security for the upcoming football World Cup has been outsourced to Turkish police and PMCs, for instance.

Malaysia is another Muslim country where Turkey aims to expand its sphere of influence. In 2019, following Erdogan’s visit to the country, both heads of state agreed to fight Islamophobia and set up a joint TV network or communication center. A year later, Turkish foreign minister Mevlut Cavusoglu mentioned that the Turkish defense industry sector is closely interested in competing in Malaysian defense tenders. Compared to the other countries where Turkish PMC activity is evident, Malaysia barely registers, though there have been increasing mentions of it in various communique and on social media. Concrete proof of Sadat’s activities in Malaysia remains scant. Nonetheless, it cannot be discounted that the country is the logical gateway to Southeast Asia for Turkish PMCs which aim to provide training services.