Ukraine’s Lessons for the Future of Hybrid Warfare 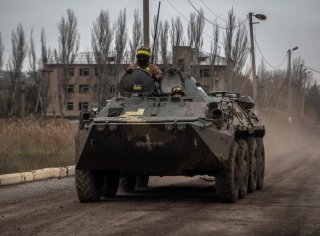 A new decision-analysis approach is necessary to capture the use of disinformation in the context of hybrid warfare. The war in Ukraine features two different types of competing societies: open and closed. However, the critical characteristics of this competition cannot be captured using a single analysis framework. Instead, multiple tools must be integrated to help generate a robust policy response to modern hybrid threats.

Russian aggression in Ukraine entails a hybrid war, which is defined by NATO as “an interplay or fusion of conventional as well as unconventional instruments of power and tools of subversion … blended in a synchronized manner to exploit vulnerabilities of an antagonist and achieve synergistic effects.” To be sure, hybrid methods of warfare have been used in the past but “what is new about attacks seen in recent years is their speed, scale, and intensity, facilitated by rapid technological change and global interconnectivity.” Other terms, such as gray zone and information warfare, may be used in this context but, regardless, key characteristics must be modeled and integrated to inform effective policy.

At the onset of the war, Russia leveraged a suite of “active measures,” including espionage, cyberattacks, and internet-based disinformation. These measures were aimed at softening Ukraine’s civil defenses and grooming its population for a take-over. Subsequent kinetic attacks were then supposed to take advantage of the ensuing chaos and foster a fait accompli scenario. The use of active measures rather than kinetic attacks, at a relatively high ratio of approximately four-to-one, was designed for an operation similar to the 2014 annexation of Crimea and the Russo-Georgian War of 2008 that involved the economical use of force and limited political fallout.

However, active measures appear to have failed in Ukraine. Russia was outplayed on the social media front, largely failed in its espionage efforts, and was relatively unsuccessful at using cyberattacks. Russia’s pretexts for invading Ukraine were debunked and the invasion was postponed in January when it presumably would have had a greater impact on European energy markets. Russian propaganda and disinformation were also promptly debunked and even “pre-bunked” to the point where they were disregarded on arrival. By comparison, Ukraine managed to boost domestic morale with social media campaigns, exposed Russian war atrocities, rallied international support, and even helped crowdfund for defensive armaments.

The war has demonstrated the key features of hybrid warfare in a duel between open and closed societies. As the two sides used information and disinformation to compete on social media, Russia and Ukraine both employed a whole-of-society approach to war that goes beyond the conventional concept of mobilization. First operationalized by Russia, the less open society, hybrid methods were intended to exploit the openness of Western liberal democracies. Of course, a perpetrator considers the risk of having the same vulnerabilities exploited if the victim retaliates in kind. Russia thus relied on the structure of a closed society to defend against its own poison. When attacked through hybrid aggression, a relatively open society like Ukraine will draw strength from its openness and mitigate vulnerabilities through technical means as they emerge.

This competition between open and closed societies has broad implications for hybrid warfare. As both types of societies evolve and build upon key aspects of hybrid warfare that work for them respectively, future competition will drive the polarization of societies on the open vs. closed spectrum. Current international support for Ukraine not only helps in the immediate fight but also demonstrates that the merits of liberal and open societies outweigh the vulnerabilities. Alternatively, less open societies are more likely to double down via social mobilization, ideological defense, and self-reliance in key economic sectors. Measures utilized by closed societies include domestic propaganda of ultranationalist and revisionist narratives that take advantage of language barriers; internet restriction by improved firewalls; extensive surveillance and media censorship to suppress unwelcome perspectives; and prioritizing domestic consumption through the internal circulation of the economy.

The war in Ukraine offers valuable lessons for future policy considerations but challenges remain. Aside from the lack of explicit rules for recognizing a hybrid war and utilizing a whole-of-government approach to address it, there appears to be no single analytical framework that can generate robust strategies and policy responses to evolving hybrid threats. Although there are many models for the various tactical and technical aspects of warfare, including hybrid warfare, there is no approach to integrating features that are particularly critical in modern hybrid warfare. For the kind of hybrid war exemplified in Ukraine, it is the pronounced confluence of certain features that makes traditional forecast-oriented modeling especially difficult. These features include complexity, competition, partial observability, and deep uncertainties. Finding robust policies to address hybrid threats like disinformation and defend accordingly requires, at a minimum, a modeling approach that combines the effects of these features.

A central key to modeling hybrid threats is understanding the complexity of decision-making by individuals susceptible to the above-mentioned policy actions. Traditionally, complex systems like this that have many interacting participants are designed using agent-based modeling. However, such models may not incorporate the uncertainties inherent to warfare.

A hybrid war is a zero-sum game and such scenarios are often modeled using wargaming or game theory—a field of mathematics that considers exchanges between competing entities. However, game theory can depend on simplifying features like linearity, proportionality, and additivity, which may not apply to hybrid warfare. Wargaming, on the other hand, lacks mechanisms to reliably reflect the uncertainties of causal relationships and properly capture erratic behaviors.

The fog of war (i.e., the lack of perfect information) renders conflicts, including hybrid wars, only partially observable. Decisionmakers might not have all of the information necessary to thoroughly assess a current situation and make well-informed decisions. They also might not have full visibility into their opponent’s actions, as one might have during a chess game for example. Thus, post-action assessments might only be able to estimate the true effect of hybrid warfare methods but these estimates always contain measurement errors. Partially Observable Stochastic Games, in which each player forms beliefs over what is observable and acts on those beliefs, are designed to model situations like this but there are many uncertainties beyond just partial observability.

Hybrid warfare can be riddled with deep uncertainties that make the likelihood of future events or scenarios unclear. Considering hybrid war as a collection of causal relationships, there simply might not be enough information to map the causes and effects. Essentially, one cannot predict the future. However, Decision Making Under Deep Uncertainty, which is a family of approaches for exploring various potential futures, is tailored to address this challenge. Yet it requires underlying models that may not necessarily be available.

For disinformation in hybrid warfare—a competition involving complex systems, partial observability, and deep uncertainties—making effective decisions can be challenging and decisionmakers will require new tools to form effective strategies. Existing models have value for representing specific independent features but they are incomplete. To provide a robust policy response, hybrid warfare tools will need to be integrated into a framework that helps policymakers navigate these conflicts more effectively while concurrently leveraging the benefits of an open society.

Weilong (David) Kong is an assistant policy researcher at the nonprofit, nonpartisan RAND Corporation and a Ph.D. candidate at the Pardee RAND Graduate School.

Tim Marler is a senior research engineer at RAND and a professor at the Pardee RAND Graduate School.