On Ukraine, Germany Needs More Than Just Money and Words 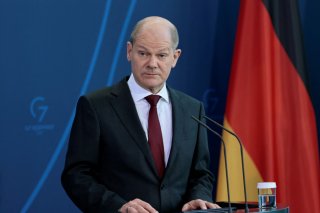 Germany’s media and politicians say that the Russian invasion of Ukraine marks a turning point. And indeed, it seems Germany has undergone a complete policy revolution in less than a week. But a turning point requires more than a lot of money and historic speeches. Without an analysis of what went wrong, there can be no real change.

It’s enough to make you rub your eyes in astonishment: This week, Germany committed to investing €100 billion in its military forces—and will spend more than 2 percent of its gross domestic product annually on defense to reach that goal. Weapons are being sent to Ukraine and the Green minister of economics, Robert Habeck, is even considering extending the operating lives of Germany’s nuclear power plants. All of this would have been unthinkable just ten days ago.

Germany’s politicians and media claim that Russia’s invasion of Ukraine marks a historic moment, and that these radical changes in German foreign and security policy are therefore necessary. I disagree. The turning point happened at least eight years ago when Putin invaded Crimea. Russia has been waging a war in Ukraine ever since, but Germany’s leaders simply didn’t notice.

Germany’s political class and many media outlets prefer to deal with issues such as “gender-appropriate language” and new ideas for wealth redistribution. They also want to save the world from climate change. Admittedly, the world did not listen to Germany, because Berlin’s energy policy, as the Wall Street Journal observed, is the dumbest energy policy in the world.

While Germany set its sights on saving the world, it still refused to provide material support for Ukraine, a country whose capital is only a two-hour flight from Berlin, as Russia launched its invasion. Germany did not want to acknowledge the danger of Russian imperialism. Within the ranks of the Social Democratic Party (SPD, the party of Chancellor Olaf Scholz), the far-left Die Linke, and the far-right Alternative for Deutschland (AfD) there are many friends of Vladimir Putin.

Two days before the war began, Sahra Wagenknecht, one of the highest-profile left-wing politicians in Germany, said the public should be “glad that Putin is not as he is portrayed, namely a crazed Russian nationalist.” Even after the Russian invasion, Janine Wissler, chairwoman of the Die Linke, did not change her tune, saying, “We want to prevent wars through disarmament.” If her party had not done so badly in the recent federal elections, Germany would probably have a government comprised of the SPD, Greens, and Die Linke right now.

The SPD is home to a strong pro-Russian faction. Soon after leaving office, former German chancellor Gerhard Schröder (SPD), who earned praise for his free-market reforms in the early 2000s, was quickly appointed to the boards of Russian energy companies by his close friend Putin. And he used his contacts in the Social Democratic Party (SPD) to make sure that the party charted a pro-Russian course. His party colleague Manuela Schwesig, minister president of one of Germany’s sixteen federal states, even set up a foundation specifically to protect the Nord Stream II pipeline project from sanctions. It was an idea that originated within the Russian energy corporation Gazprom.

But Schröder and his friends in the SPD were by no means the only ones. Angela Merkel Germany’s Christian Democratic (CDU) chancellor for sixteen years, blocked then-President George W. Bush’s plan for Ukraine to become a NATO member in 2008. Moreover, Merkel’s tenure was marked by years of chronic underinvestment in Germany’s armed forces. The chief of the German Army, Lieutenant General Alfons Mais, recently criticized this financial neglect saying, “The army that I am privileged to lead is more or less empty handed ... This does not feel good! I'm pissed off!”

Merkel installed her friend Ursula von der Leyen—EU Commission president since December 2019—as defense minister in 2013. The Bundeswehr was already in a pitiful state, but von der Leyen took it to the extreme. She gave priority to issues such as “creating special uniforms for pregnant female soldiers.” She even organized a fashion show especially for this purpose. At the time, her ministry explained that a total of 500 sets of uniforms in various sizes and designs had been tested—from field clothing to service suits and tights. About eighty participants had tested and evaluated the garments to rate their appearance, comfort, and breathability. According to the ministry, the uniforms were elastic. Overall, the female soldiers were positive about the service clothing and not so keen on the field clothing, according to the ministry. In the case of the field trousers, for example, female soldiers didn’t like the knitted insert or lighter fabric. Before that, female soldiers in the Bundeswehr were forced to wear civilian clothes when their uniforms no longer fit over their pregnant bellies. According to the ministry, the trial cost around €650,000.

Von der Leyen’s main concern was that “diversity management” and “intercultural competence and multilingualism” should be at the top of the agenda at all levels of the Bundeswehr. She prioritized the inclusion of women; people with migrant backgrounds; and those with different sexual orientations, different religions, disabilities, and older people. She specifically commissioned seminars for the troops on “Dealing with Sexual Identity and Orientation in the Bundeswehr.”

The company Diversity Works caused a stir with its questionable anti-racism training, which continued even after von der Leyen had left office. In the “Blue-Eyed” workshop, people with white skin are supposed to experience racism first-hand by being systematically subjected to abuse from the seminar’s trainers. The German armed forces also sent soldiers from an armored infantry battalion in Brandenburg to the “Blue-Eyed” workshop. The German Defense Ministry justified participation in the workshops by citing “political education” measures that are “an essential element” of the “leadership culture of the Bundeswehr,” according to a Defense Ministry spokesman.

Meanwhile, the functionality of the military’s weapons systems was rapidly deteriorating, with hardly any equipment still fit for purpose. For the September 2014 NATO exercise “Noble Ledger” in Norway, a unit of the German Army arrived with Boxer infantry fighting vehicles. However, there were no weapon systems available for these vehicles. The soldiers instead used broomsticks painted black to simulate the onboard weapons.

And now everything is supposedly going to be different. But will anything really change? Money alone will not be enough. Germany’s current defense minister, Christine Lambrecht, knows absolutely nothing about the military, and it is even said that military affairs are not “her thing.” She was only given the post because she is a woman, a promise Chancellor Scholz made when he was elected. She embarrassed herself when she called a press conference to explain that Germany was going to supply Ukraine with 5,000 military helmets and claimed that was a “very clear signal” of solidarity. Ukrainians, as well as many people across Germany, took this as a bad joke. Can there really be a turning point while politicians such as Lambrecht are governing Germany?

Rainer Zitelmann is a historian and sociologist and the author of the recently published book The Power of Capitalism.