The United States Must Go to War Against China’s Spies 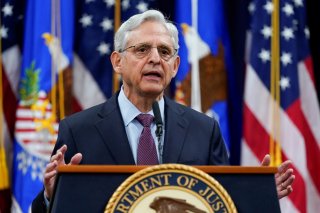 In late October, U.S. prosecutors charged thirteen Chinese agents for conducting illegal operations in the United States. Unfortunately, only two of the suspects are in custody. The other eleven remain free to continue their espionage and intimidation operations against American victims from the same place they usually operate—China.

These cases illustrate how far behind U.S. law enforcement is in its fight to defend America from assaults by the Chinese Communist Party (CCP). While indictments against Chinese agents are becoming more common, the perpetrators are rarely brought to justice.

The October charges resulted from three separate cases. Seven defendants were charged in connection with a scheme to force a Chinese national residing in the United States to return to China to face prosecution under Operation Fox Hunt. In a separate case, two China-based intelligence officers were charged for attempting to solicit information from a U.S. government employee to obstruct the criminal prosecution of a Chinese firm understood to be Huawei. In a third case, four Chinese nationals were charged for operating a long-running campaign to recruit Americans to act as Chinese agents.

Cases like these would be effective if the objective were simply to keep Chinese spies out of the United States. Indeed, the arrest warrants all but ensure these defendants will never step foot on American soil. But that doesn’t stop them from victimizing Americans, as most of their activity is carried out remotely from China.

Spies in Chinese cities routinely target American citizens through social media. They also send them “consulting” proposals via email, which they cushion in legitimate-sounding business contracts. Sometimes they even invite their attempted recruits on all-expense-paid trips to China, where they wine and dine and entice them to provide information and services that benefit Beijing.

Repatriation efforts targeting both actual fugitives and outspoken dissidents residing abroad are managed by agents in China who coerce victims by punishing their family members. They also harass victims by sending threatening social media messages and hiring local thugs to intimidate them.

These remote tactics were all on display in the October cases. Clearly, agents are often just as dangerous sitting in front of a computer in China as they are walking the streets of American cities. But U.S. law enforcement currently appears more interested in exposing their activities than fighting them.

Even when federal agents have the opportunity to arrest a spy, they rarely do so. When senior Chinese agents travel to the United States, federal law enforcement has an inexplicable habit of surveilling their activities and then allowing them to return to China before pressing charges. For example, one of the October indictments details how a defendant met with a co-conspirator in the United States back in 2016. The FBI was clearly onto the pair, and it recorded conversations about their work for the Chinese government. But neither was arrested, and the suspect flew back to China unimpeded. With a warrant now out for his arrest, the chance that he will return to face trial is nonexistent.

In an Operation Fox Hunt case the FBI cracked in 2020, U.S. law enforcement managed to arrest five suspects. However, one of the operation’s masterminds had been allowed to board a flight back to China three years earlier, even after Customs and Border Protection agents questioned him about the operation and found night vision goggles and other surveillance equipment in his luggage. The agents likely delayed apprehending the suspect in order to buy time to build the case, but it’s unlikely they will get another opportunity to bring him to justice. The suspect, who lived in New York at the time, hasn’t been seen in the United States since.

The U.S. government has to do more to protect the country—and the constitutional rights of all who live here—from these threats.

First, federal agencies need more training, resources, and coordination to confront Chinese espionage. Currently, a disproportionately large number of Chinese espionage cases are reported in the Eastern District of New York. This is unsettling given that Washington, D.C., and technology hubs like San Francisco are likely bigger Chinese espionage targets, but cases are rarely reported there.

The Justice Department’s China Initiative was created to provide just these types of resources and coordination. Sadly, the department scrapped the initiative earlier this year, following a campaign to discredit it funded partly by organizations tied to the CCP’s United Front Work Department. The Justice Department should bring back the China Initiative and ensure it is used to track down and prosecute the senior intelligence officers who direct the operations.

Second, federal agents should be more active in taking Chinese spies into custody. Given how rarely senior Chinese intelligence officers visit the United States, no opportunity to incarcerate them should be wasted. Once their involvement in a case is known, efforts should be made to lure them to America or a country with which it has an extradition treaty and then arrest them. Only behind bars will they be stopped from conducting their nefarious activities. Arresting a few senior Chinese agents would both defend the rule of law and send Beijing the message that illegal activity targeting the United States is not tolerated.

Finally, a diplomatic response is warranted. Senior officials, including President Joe Biden, should bring up the subjects of espionage, forced repatriation, and other illegal activities targeting people in America in every conversation they have with their Chinese counterparts. They should not treat the issue as an afterthought in a long list of grievances with Beijing.

China’s activities steal from American businesses and deprive U.S. residents of the rights guaranteed by the Constitution. They are a serious threat to America’s economic, political, and social systems and, indeed, its sovereignty. It’s time for the government to take this threat seriously.

Michael Cunningham is a research fellow at The Heritage Foundation’s Asian Studies Center.