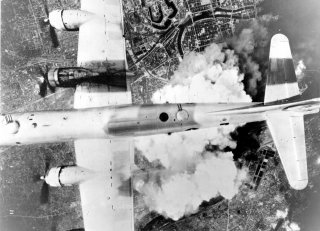 The authors of the classical utopian novels were obsessed with the notion of equality. In almost every design of a utopian system, private ownership of the means of production (and sometimes even all private property) is abolished, as is any distinction between rich and poor. In philosopher Tommaso Campanella’s 1602 novel The City in the Sun, almost all of the city’s inhabitants, whether male or female, wear the same clothes. And in Johann Valentin Andreae’s utopian Description of the Republic of Christianopolis, there are only two types of clothing. Even the architecture of the houses is entirely uniform in many utopian novels. Hardly anyone who bemoans “social inequality” would today dream of advocating such radical egalitarianism. Almost everyone accepts that there should be differences in income, but—many add—these differences should not be “too big.” But what is “too big” and what is okay?

The Price of Equality

Another question that is all too rarely asked is: What would be the price of eliminating inequality? In 2017, the renowned Stanford historian and scholar of ancient history Walter Scheidel presented an impressive historical analysis of this question: The Great Leveler: Violence and the History of Inequality from the Stone Age to the Twenty-First Century. He concludes that societies that have been spared mass violence and catastrophes have never experienced substantial reductions in inequality.

Substantial reductions in inequality have only ever been achieved as the result of violent shocks, primarily consisting of war, revolution, state failure and systems collapse, and plague.

Total War as a Great Leveler

World War II serves as Scheidel’s strongest example of “total war” leveling. Take Japan: In 1938, the wealthiest 1 percent of the population received 19.9 percent of all reported income before taxes and transfers. Within the next seven years, their share dropped by two-thirds, all the way down to 6.4 percent. More than half of this loss was incurred by the richest tenth of that top bracket: their income share collapsed from 9.2 percent to 1.9 percent in the same period, a decline by almost four-fifths. The declared real value of the income of the largest 1 percent of estates in Japan’s population fell by 90 percent between 1936 and 1945 and by almost 97 percent between 1936 to 1949. The top 0.1 percent of all estates lost even more during this period, 93 and 98 percent, respectively. During this period, the Japanese economic system was transformed as state intervention gradually created a planned economy that preserved only a facade of free-market capitalism. Executive bonuses were capped, rental income was fixed by the authorities, and between 1935 and 1943 the top income tax rate in Japan doubled.

Significant leveling also took place in other countries during wartime. According to Scheidel’s analysis, the two world wars were among the greatest levelers in history. The average percentage drop of top income shares in countries that actively fought in World War II as frontline states was 31 percent of the prewar level. This is a robust finding because the sample consists of a dozen countries. The only two countries in which inequality increased during this period were also those farthest from the major theaters of war (Argentina and South Africa).

Low savings rates and depressed asset prices, physical destruction and the loss of foreign assets, inflation and progressive taxation, rent and price controls, and nationalization all contributed in varying degrees to equalization. The wealth of the rich was dramatically reduced in the two world wars, whether countries lost or won, suffered occupation during or after the war, were democracies or run by autocratic regimes.

The economic consequences of the two world wars were, therefore, devastating for the rich—a fact that stands in direct opposition to the thesis that it was capitalists that instigated the wars in pursuit of their own economic interests. Contrary to the popular perception that the lower classes suffered most in the wars, in economic terms it was the capitalists who were the biggest losers.

Incidentally, the left-wing economist Thomas Piketty comes to a similar conclusion. In his book Capital in the Twenty-First Century, he argues that progressive taxation in the twentieth century was primarily a product of the two world wars and not of democracy.

The price of reducing inequality has thus usually involved violent shocks and catastrophes, whose victims have been not only the rich but millions and millions of people. Neither nonviolent land reforms nor economic crises nor democratization has had as great a leveling effect throughout recorded history as these violent upheavals. If the goal is to distribute income and wealth more equally, says historian Scheidel, then we simply cannot close our eyes to the violent ruptures that have so often proved necessary to achieve that goal. We must ask ourselves whether humanity has ever succeeded in equalizing the distribution of wealth without considerable violence. Analyzing thousands of years of human history, Scheidel’s answer is no. This may be a depressing finding for many adherents of egalitarian ideas.

However, if we shift perspective, and ask not “How do we reduce inequality?” but “How do we reduce poverty?” then we can provide an optimistic answer: Not violent ruptures of the kind that led to reductions of inequality, but very peaceful mechanisms, namely innovations and growth, brought about by the forces of capitalism, have led to the greatest declines in poverty. Or, to put it another way: The greatest “levelers” in history have been violent events such as wars, revolutions, state and systems collapses, and pandemics, but the greatest poverty reducer in history has been capitalism. Before capitalism came into being, most of the world’s population was living in extreme poverty—in 1820, the rate stood at 90 percent. Today, it’s down to less than 10 percent. And the most remarkable aspect of all this progress is that, in the recent decades since the end of communism in China and other countries, the decline in poverty has accelerated to a pace unmatched in any previous period of human history. In 1981, the rate was still 42.7 percent; by 2000, it had fallen to 27.8 percent, and in 2021 it was only 9.3 percent.