The War in Ukraine Exposed the Limits of ‘Great Power Competition’ 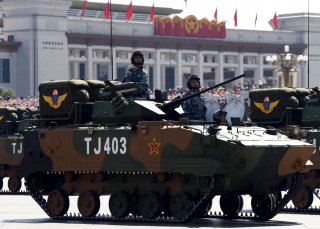 THE STRATEGIC choices we will face after the war in Ukraine ends will depend on when it ends and how it ends. Nonetheless, we can estimate the major challenges to American interests and values and how they have been affected by this war. We will have at least three vital interests: great power relations with China and Russia, transnational threats such as climate change and pandemics, and the maintenance of a rules-based order favorable to our values. Estimates of the future are often undercut by unpredictable events, but nonetheless, when policymakers navigate the unknown, it helps to have a general sense of direction.

Since 2017, our national security strategy has focused on great power competition with China and Russia. In the months prior to the war, the two countries pledged life-long friendship as an axis of authoritarians and Xi Jinping proclaimed that the East Wind was prevailing over the West. That slogan looks less convincing after Vladimir Putin’s invasion reinvigorated the West. NATO no longer looked “brain-dead” (in the earlier words of French president Emmanuel Macron). And Russia, with a weak economy one-tenth the size of China and a dented military reputation, now looks increasingly like the junior partner. Thinking of how to reintegrate a postwar Russia into the international system will be an important challenge for foreign policy.

Even before the war, our strategy of great power competition had two problems. First, it lumped together very different types of states—a declining power and a rising one. As the world sadly discovered in 1914 and again this year, a declining power is often more risk-acceptant. Russia is in demographic and economic decline, but retains enormous resources as a spoiler in everything from nuclear and cyber weapons to the Middle East or threatening its neighbors. The United States will need a Russia strategy that does not consign that country forever into China’s arms.

A second problem with a strategy that focuses solely on great power rivalry is insufficient attention to a new type of threat to our national interest that arises from ecological globalization. Global climate change will cost trillions of dollars and can cause damage on the scale of war. The COVID-19 pandemic has already killed a million Americans—more than all our wars combined since the Civil War.

Some politicians are calling the current situation a “New Cold War,” and are urging a policy of isolation and containment. But this historical metaphor misrepresents the strategic challenge that we confront. In the real Cold War, the United States and the Soviet Union had little bilateral commerce or social contact, and containment made sense. Today, however, China is now the largest trade partner for more countries than the United States. We should decouple security risks in some aspects of technology, but trying to curtail all trade with China would be too costly. The very real costs to the world economy of our current sanctions against Russia would pale compared to decoupling from China.

Moreover, even if breaking apart economic globalization was possible or desirable, we cannot decouple the ecological interdependence that obeys the laws of biology and physics, not politics. These facts have not been changed by the war in Ukraine. A good strategy will require the United States to work with China at the same time that we compete as strategic rivals. As former Australian prime minister Kevin Rudd argues, the objective of great power competition with China is not total victory over an existential threat, but rather “managed strategic competition.”

China is the world’s second-largest economy, and some analysts believe its GDP (at market exchange rates) may surpass ours in the 2030s. But China faces a number of economic, demographic, and political problems. Its growth rate is slowing, its total factor productivity is low, its labor force peaked in 2015, and it has few political allies. Even with Russia, it represents only one-fifth of the world economy, whereas the United States, Japan, and Europe represent half. In other words, even if the Ukraine War links Russia to China until a post-Putin era, the Western democracies will have the capacity to organize a rules-based international order capable of influencing Chinese behavior. Maintaining these alliances must remain at the heart of our post-Ukraine strategy.

The United States has an interest in stability and order. When we speak of international order, we often refer to two things: the underlying distribution or balance of power, and the set of norms and practices that affect relations among states. By reducing Russia’s hard and soft power and China’s soft power, the Ukraine War has slightly shifted the balance in our direction. Regarding the normative order, Russia’s invasion has damaged the rules that were enshrined in the un Charter after 1945, but most member states retain an interest in the principles of sovereignty and territorial integrity. It remains to be seen how much damage has been done to the norms of the non-proliferation regime that has slowed the spread of nuclear weapons since 1968.

In short, the circumstances for a successful foreign policy after the Ukraine War ends seem promising, but history always has its surprises. A number of events could quickly destroy these favorable circumstances: for example, Putin’s desperate breach of the nuclear threshold with a tactical strike; an invasion of Taiwan that would produce massive decoupling of the world economy; or American internal divisions that undercut our soft power and prevent us from successfully playing the cards that have been dealt to us by Putin’s colossal miscalculation. The future is always uncertain, but the time to plan ahead is now.

Joseph Nye is the former chair of The National Intelligence Council and author of Do Morals Matter? Presidents and Foreign Policy from FDR to Trump.