Was the Summit of the Americas Worth It? 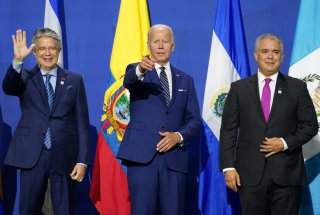 The other headline-making development from the summit was the “Declaration of Los Angeles,” in which the participating governments agreed to work together to address the immigration crisis. The United States specifically committed itself to accepting 20,000 refugees from the Americas, providing additional visas for seasonal agricultural workers from Central America and Haiti, and more family reunification visas for Haitians and Cubans as well as to providing additional funding for resettlement programs in the region.

The declaration also cited various commitments from countries such as Mexico, Canada, and Spain (an observer at the summit). To what degree they will all actually be implemented is, at best, uncertain, as is whether they will make a significant difference, as immigrants continue to pour out of the main source countries—Venezuela, Haiti, and the “northern triangle” of Central America.

Was the summit worth holding? To the extent that it forced the United States to focus on the region, some good may have been done. But, of course, no summit was required for the announcement of these policy initiatives. And despite the rhetoric that accompanied the summit, it is hard to avoid the conclusion from its limited ambition that Latin America is not, in fact, rising in U.S. priority. At the same time, as the wrangling over the invitation proves, the Summit of the Americas provides an irresistible opportunity for political potshots at the expense of the United States.

If summits were the measure of a region’s importance, Latin America would be a superpower. In addition to the Summit of the Americas, there is the Ibero-American Summit, promoted by Spain and Portugal. (Its most famous moment came in 2007 when Hugo Chavez called Spanish prime minister Jose Aznar a fascist, leading King Juan Carlos to tell him to “shut up.”) There is also the Community of Latin American and Caribbean States (CELAC), a grouping of the region’s countries without the United States and Canada, which meets periodically and then goes largely dormant.

Various sub-regional groupings have come and gone, including the Union of South American Nations (UNASUR), a political outgrowth of Mercosur promoted by Brazil’s then-President Lula de Silva, also including Venezuela, from which several states later withdrew when they elected right-leaning governments; the Pacific Alliance consisting of Chile, Peru, Colombia, and Mexico, with some regional economic integration goals; and PROSUR, a grouping created in 2019 by South American states with at the time more conservative governments, as an alternative to UNASUR. (Chile’s new leftist government is uninterested in it.)

In 2005, Chavez said: “We go from summit to summit while our people go from abyss to abyss.” Leaving aside the fact that few leaders ever did more than him to push a country over that abyss, one has to ask in the light of the proliferation of summits and the limits to their utility, whether he might have had a point.

Richard M. Sanders is a Global Fellow of the Woodrow Wilson International Center for Scholars. Formerly a member of the Senior Foreign Service of the U.S. Department of State, his postings included at embassies in Chile, Uruguay, Colombia, and Venezuela and as Director of the Office of Brazilian and Southern Cone Affairs.