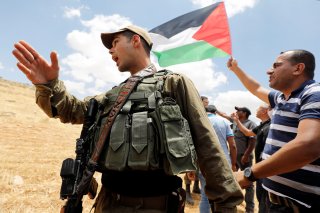 Old Middle East experts probably recall a time not so long ago when the debate over U.S. policy towards the region was dominated by one narrative: The “pro-Arab” crowd versus the “pro-Israel” community. This zero-sum-game forced Americans, the White House and Congress to choose sides.

Even during that period of time, embracing a binary approach to understand U.S. Middle East policy as an outcome of a clash between supporters of Israel and friends of the Arabs, or between the Zionists and the Arabists, did not make sense.

Israel and the Arab oil countries had shared in the 1950s and 1960s common interests in opposing the Pan Arabist movement led by Egypt’s Gamal Abdul Nasser (“Nasserism”). In that context, they found themselves (together with the Shah’s Iran and Turkey) joining in support of U.S. interests in the region.

But the 1973 Middle East war coupled with the oil embargo against the United States, followed by the emergence of the Palestinian problem as a central regional and global issue, showed that when it came to the dealing Jewish State and its place in the Middle East all the members of the Arab League were united behind a common agenda.

Since then one of the major considerations in formulating U.S. policy in the Middle East was America’s need to balance its interests in the Arab World and its commitment to Israel with the Jewish State. The state’s U.S. supporters were pushing in one direction and those allied with the Arab and Palestinian causes, which were seen as one and the same, were pushing in the other direction.

For a young journalist or academic following the U.S. approach to the Middle East these days, all of the above may sound a bit passé—especially on the day that the United Arab Emirates (UAE) and Bahrain, driving forces of the 1973 oil embargo, are talking peace in front of the White House. Not to mention that there are reports abound that Saudi Arabia will soon join them. Someone in their twenties might take the notion of the Jewish State in peace with Egypt and Jordan almost as a given.

There are many explanations for this dramatic change in the Middle East balance of power and the evolving alliance between most of the Arab-Sunni states and Israel. One could cite the end of the Cold War, the collapse of Pan Arabism, the rise of Sunni and Shiite Islamism, the growing “cold war” between Saudi Arabia and Iran, and America’s energy independence. That person might also note the impact of the strategic depreciation of the “oil weapon,” the loss of centrality of the Palestinian issue in regional and global politics. and the rising fear—shared by Arabs and Israelis—of a strategic threat posed by Iran.

In a way, U.S. policymakers and legislators may not have to “choose sides” anymore in a fading Arab-Israeli conflict. More specifically, in the past, the irresolution of the dispute between the Israelis and the Palestinians would have been an obstacle to Arab-Israeli détente and could have ignited a regional war that would have had an impact on U.S. interests.

That is not the case today. Now, Washington is in a position to strengthen its ties with both Israel and the Arab-Sunni states without paying like in the past the costs of dealing with a military confrontation between these former adversaries.

There is no global-power equivalent to the Soviet Union threatening western interests in the Middle East and the U.S. economy is less dependent on energy resources in the region. The United States is now in a position to pursue its policies based on what it considers to be its core geostrategic and geoeconomic interests.

There is a debate that is starting to take place in Washington over what those interests are, under which the “pro-Arab” and “pro-Israel” tags have become meaningless, and the only consensus after the Iraq and Afghanistan wars is that the United States needs to reduce its military presence in the region.

From that perspective, there are those, and that includes the Trump administration and the Republican Party, who perceive Iran under the Ayatollahs as a threat to U.S. interests. They are counting on the evolution of an Israel-Arab axis to contain that threat without the need for direct American military intervention. Whether those expectations will be fulfilled is another question.

And then there are those who are questioning the continuing strategic value of the U.S. alliance with Israel and/or with the Arab-Sunni states. They are in support of encouraging long-term accommodation with the more assertive Iran and Turkey, which could help facilitate U.S. disengagement from the region. This view seems to be shared by members of the progressive wing of the Democratic Party and might push Joe Biden, if he is elected president, to move in that direction.