What the Latest Opinion Polls Say About Taiwan 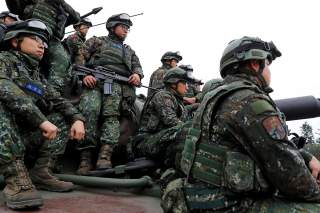 On November 24, 2018, Taiwan’s ruling Democratic Progressive Party (DPP), which came to power in 2016, suffered a crushing defeat in the island’s “9 in 1” elections. Did this drubbing at the polls reflect a shift in support for the party? Has opinion shifted on other important issues—particularly Taipei’s relationship with Beijing?

The discussion below seeks to shed light on these and other questions by comparing findings of the latest Taiwan National Security Survey (TNSS)—which was conducted during January 3-7, 2019—with the TNSS poll of November-December 2017. Since 2002, this survey has been conducted twelve times by the Election Study Center of National Chengchi University, under the auspices of the Asian Security Studies Program at Duke University. Unlike polls that employ “trigger words” and play methodological games, the TNSS polls asks questions using language respondents understand (for example, “one China, different interpretations” instead of "1992 Consensus").

The past year proved to be a disappointment for Taiwan’s president, Tsai Ing-wen, and the independence-leaning DPP. Few Taiwanese believe that his or her economic situation is improving. Both surveys revealed that only 6 percent believe they are better off than the previous year, while 28 percent claim to be worse off and 65 percent see no change. Moreover, despite Tsai’s opposition, a majority (53 percent) still favors strengthening economic and trade relations with China. And the people who view themselves as both Chinese and Taiwanese continues to inch upward from 40 percent in 2017 to 42 percent in 2019. Those who see themselves exclusively as Taiwanese dropped from 52 percent to 50 percent, while 3.5 percent consider themselves Chinese.

Those satisfied with Tsai’s performance continues to hover around 24 percent. However, those dissatisfied with her performance has jumped from 57 percent to 66 percent. And a solid majority (57 percent) continues to support conducting cross-strait relations under the “one China, different interpretations” formula—an arrangement that facilitated a cross-strait détente during the previous administration.

However, the DPP’s troubles do not mean smooth sailing for the Kuomintang (KMT), Taiwan’s chief opposition party. KMT support rose from 21 percent in 2017 to 28 percent in the 2019 survey, while DPP support dipped from 20 percent to 18 percent. However, a plurality of Taiwanese (45 percent) continues to not identify with either party. Moreover, when queried about possible choices in the 2020 presidential election, most preferred Ko Wen-je, an independent politician (38.7 percent), over Eric Chu, the likely KMT candidate (21.5 percent) and Tsai (15.3 percent). This may signal more of a political “dealignment” than a “realignment.”

Turning to relations with Beijing, support for immediate reunification finds no market in Taiwan—it remains below 3 percent. Support for immediate independence also remains in single digits. Rather, most Taiwanese (roughly 33 percent) consistently favor the status quo and prefer to determine Taiwan’s future at some later date. And those who prefer the status quo indefinitely dropped 3 points to 23.7 percent. Still, most believe reunification will occur eventually.

Following the DPP’s victory in 2016, the percentage of Taiwanese who characterized cross-strait relations as hostile increased markedly. The 2019 poll, however, indicates the trend may have stabilized. A majority agrees that relations are more hostile than friendly, but the number remains steady at approximately 64 percent. And a majority (just over 50 percent) still worries that the independence issue might spark a war.

TNSS polls also include questions about a cross-strait conflict. Both polls (and earlier surveys) found that a plurality (almost 45 percent) plan to “leave the country,” “unhappily accept the situation,” “hide” or “choose to surrender” if there is war. Furthermore, each poll shows that 23 percent “don’t know” how they might respond. Interestingly, a majority believes most Taiwanese will resist an attack. But the polls also indicate that 70 percent think the military cannot win a war. In other words, Taiwanese agree with an argument advanced in David Axe’s article, “New Missile Launchers Won’t Save Taiwan’s Navy,” that, in any conflict, “mainland forces will prevail.”

Perceptions of an American response to an attack on Taiwan merit discussion. The TNSS polls ask respondents how the United States will react to a PRC attack if Taipei declares independence. In the 2017 survey, most (43.4 percent) thought America will not support Taiwan, while 40.5 percent believed America will commit troops to a conflict. In 2019, however, the number believing Washington will provide troops jumped to 48.5 percent, while the number who think it will not fell to 35.3 percent. If an attack is unprovoked, the percentage of Taiwanese who believe the United States will intervene soars to 60 percent.

The discussion above outlines only some findings in the current TNSS poll and compares them with the 2017 study. A more complete analysis would include other survey results as well. For example, although a majority in both polls favors increasing economic linkages with the PRC, a majority also fears that such dependence will lead Beijing to pressure Taipei into political concessions. And while a majority opposes Taiwan independence if it leads to a cross-strait war, a majority continues to support independence if Beijing renounces the use of force to achieve reunification.

What do the survey results mean? The TNSS survey has raised concerns ever since its initial release in 2002. Some trends are not surprising. Given its uneven performance since 2016, it comes as no surprise that disapproval of the Tsai administration skyrocketed. Moreover, the rise in the number of those who believe the PRC’s military threats are credible is understandable given the saber-rattling in Beijing.

Perhaps most worrisome for Americans is a growing perception (or misperception) among some Taiwanese that the United States will support Taiwan militarily even if it provokes a war with a declaration of independence. This shift in opinion might be traced to Trump’s recent support, albeit largely symbolic, for Taiwan, the president’s often bellicose rhetoric or escalating tensions over trade and other issues. To be sure, the present leadership cohort in Taipei is a sophisticated group and could be cognizant of the fact that there are limits to American military support. Nevertheless, it might be wise policy for a U.S. administration to remind Taiwan’s leaders periodically that the Taiwan Relations Act (TRA)—the law that guides U.S. relations with Taiwan—is not an “iron-clad” security commitment.

As President Jimmy Carter observed after signing the TRA, the law only provides a U.S. president with an “option” to go to war to protect the island. And the Taiwanese might also be reminded that politicians in Washington—like their counterparts in Taipei—monitor public opinion and understand that an overwhelming majority of the U.S. public does not want to fight a cataclysmic war with China over Taiwan. Indeed, according to a recent poll conducted by the Chicago Council on Global Affairs, only 35 percent of the American people support military action to defend Taiwan if it is attacked.