What Was Really Behind Navalny’s Poisoning? 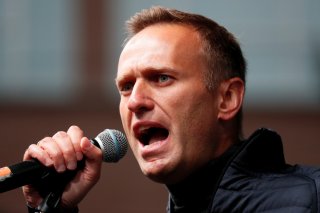 Russian opposition leader Alexei Navalny, who fell ill on August 20 during a flight from Tomsk to Moscow, remains in a medically-induced coma. Doctors in Germany are claiming it was a poisoning and are predicting long-term consequences for his nervous system. Russian doctors disagree. They purport that Navalny's poor condition is a metabolic disorder due to a lack of glucose.

The Western media immediately blamed Russian president Vladimir Putin for everything. “Another enemy of Putin has fallen. The West must respond,” writes The Washington Post. “Navalny paid a high price for his ambitious plans,” the conservative German newspaper Die Welt reports. And The Wall Street Journal deemed Alexei Navalny the only voice to oppose Putin's rule.

I truly don’t want to sound like the unctuous Kremlin propagandists unanimously declaring that the death of the opposition leader is least beneficial for Putin. But it really is so; the president of Russia is the last person who needs Navalny dead. It is important to ask the question correctly—not who feels hindered by Navalny staying alive, but who would benefit from the death of the opposition leader. And these are far from being similar. Navalny was a crusader who exposed corrupt officials, was active on the Internet—but he was never a direct competitor to Putin himself.

I interviewed prominent people with differing political views: Right, Left, liberal and centrist. I met with persons from both political and entertainment world and asked everyone the very same question: "Who, if not Putin?" None of them named Navalny. Yes, he has a big audience on YouTube and other social networks, but virtual support, although in multimillion numbers, means nothing in practical terms. To watch videos on smartphones inside warm and cozy apartments is one thing; to vote in elections, confirming their support by personal participation, is another.

The conviction that the Kremlin was involved in the poisoning of the politician is also unconvincing because the elimination of one individual, even such a bright and noticeable one, cannot solve the problem with competition. A new opposition leader will rise in his place the next day, who will become Putin’s main opponent. Moreover, Alexei Navalny is an excellent flak-catcher—an outlet for people disgruntled with the government.

There can be no doubting that high-profile political assassinations have regularly occurred in Russia. In February 2015, an opposition politician Boris Nemtsov was shot dead, whose popularity faded long before his murder. On October 7, 2006, a journalist Anna Politkovskaya was shot dead in the elevator of her house. A curious fact—in both cases there was a Chechen trace. For the world community, such clarifications bear no meaning, but inside Russia such distinctions are significant.

I am skeptical that officials inside the Kremlin would be amateurs and so incompetent that they could not even carry out the poisonings effectively. This is why I believe that if such an intent existed, then we would not be talking about attempts, but about real cases with fatal outcomes, and all the evidence would be made public.

However, it is also foolish to deny the poisonings. To believe that a politician who criticized the government simply ate something wrong is laughably naive. There can be no such coincidences in politics. The only question is who is behind this, and what consequences to expect after this incident. And there is no doubt that this case will be used in political games.

Putin's press secretary Dmitry Peskov called the accusations against the Russian authorities much ado about nothing. But the inflated media campaign based on this poisoning may serve as a reason for not only new sanctions. They may also lead to further turmoil inside Russia itself. If Russian citizens didn’t actively participate in demonstrations when Navalny was alive, then after his death hundreds of thousands of supporters may come out, including those who were loyal to the authorities until now. The Navalny affair, in other words, is far from over.