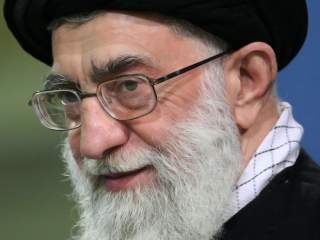 When Saudi Arabia announced Saturday that it had executed Nimr al-Nimr, a controversial Shia cleric, international criticism was sharp and swift. Al-Nimr was a harsh critic of the Saudi leadership, and his rhetoric occasionally contained striking similarities to that of Iranian leaders. Yet the Saudis had locked him up years ago, and it was not clear what continuing threat he posed or what benefit they expected to come from killing him. The costs, on the other hand, were concrete: sharp international criticism, protests around the region and at least one Western partner reconsidering its arms sales to the Kingdom. For several hours, Riyadh was mired in a real public-relations crisis.

Then its rivals in Tehran came to the rescue. Mobs reportedly tore down the flag of the Saudi consulate in Mashhad, and they rampaged through the Saudi embassy in Tehran, breaking glass, trashing rooms, posing for pictures with stolen phones and setting the building alight. In response, Saudi Arabia, Bahrain and Sudan have cut diplomatic relations with Iran, while the United Arab Emirates has downgraded their representation. Condemnation of the attacks has poured in from around the world.

Security incidents at embassies are nothing new. Yet attackers must normally rely on the element of surprise and on the host government’s weakness to succeed. Neither applies here. Protests outside the embassy after the execution were to be expected. And Iran’s security forces are hardly known for an inability to control crowds. They infamously crushed the 2009 election protests, and can call upon the legions of the paramilitary Basij force, which regularly trains to put down unrest on the streets. They also know that mob attacks on embassies in Tehran have happened before: on the British embassy in 2011, for example, and of course on the American embassy in 1979. (Indeed, attacks on diplomatic missions in Iran and on Iranian missions around the world have been something of a constant in the country’s modern history.) All this, combined with the long pattern of semiofficial violence in Iran, have led many to suspect that Saturday night’s attack was the work of hardline elements linked to the Iranian state, perhaps even the same Basij forces theoretically responsible for preventing this sort of incident.

That’s a massive embarrassment for the Islamic Republic. It’s out of line with any Iranian ambition to be a regional leader or a respected global player. It’s the behavior of a pariah state, and the mob’s actions have been condemned by leaders across the political spectrum in Iran—perhaps even by those who approved the operation, if that’s indeed what occurred. The embassy attack also deepened sectarian fissures in the region, which, as Al Monitor’s Arash Karami pointed out, is “exactly the opposite of what Iran wants. . . when you’re the minority sect. . . picking fights with the majority sect is suicidal.” And they drew attention away from Saudi misdeeds: as the Guardian’s Saeed Kamali Dehghan put it, “this was the moment when Iran could have argued that Saudis were to blame for the growing sectarianism in the region, but instead it scored an own goal.” Why would Iranian hardliners intentionally bring their country to shame? Why would comrades of those who accuse the government of Hassan Rouhani of “passive” and “weak” diplomacy take actions that isolate Iran and constrain its foreign-policy options—making it passive and weak?

The answer is rather simple: they are weakening Iran to keep it from going in directions they oppose. Since the election of the relative moderate Rouhani in 2013, they’ve feared a lurch toward liberalization and relations with the West. Last year’s nuclear deal was a double-edged sword, with both sides cutting the hardliners: the nuclear program’s gutting removes a symbol of Iranian resistance, and the coming suspension of many sanctions opens Iran to foreign economic influence while threatening those who used the sanctions to profit. It also broke the “taboo” on open negotiations between Iran and the United States and energized Rouhani’s backers. And while Rouhani hasn’t moved fast enough on social reforms to please reformists among his supporters, he’s dropped them plenty of hints. The next two months will see pivotal legislative elections and maybe sanctions relief, too. If moderates and reformists win the election and then preside over a wave of pent-up economic growth and diplomatic success, hardliners would be in danger of losing power for years—and maybe for good.

The embassy attack addresses many of these issues. Worried that America will open a new “den of spies” in the heart of Tehran? That’s even less likely if Iran maintains its reputation as a dangerous place for diplomats. Worried that peace in Syria will cut supply lines to your proxies in Lebanon? Not going to happen if deeper regional tensions stall talks. Worried about a wave of Western commercial influence? Lawlessness, whether in the form of embassy raids or the arrests of foreign businessmen and journalists, only reminds potential investors of the tremendous political risk found in Iran. Worried that reformists are about to triumph at the polls? As reformist politico Mohammad-Sadegh Javadi-Hesar told Najmeh Bozorgmehr of the Financial Times, “Hardliners need to radicalise the political and social atmosphere so they can eliminate their rivals under the pretext of national security.” A securitized atmosphere will make it easier to crack down after, say, a stolen election or a mass disqualification.

Iran is thus left weaker, but in the manner of a stroke more than a debilitating disease. Only some of the Iranian regime’s systems are weakened—precisely those systems that it would need to move away from hardline goals.