When Will the Unipolar World End? 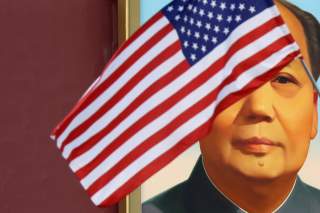 The American Century is fading. At least, that is the consensus among most analysts of international politics. Whether they attribute U.S. decline to domestic dysfunction or to the rise of China and other emerging powers, observers tend to agree that, sooner or later, the “unipolar moment” will give way to an international system populated by more than one superpower.

Even so, it is unclear how we will know when the unipolar world has finally slipped away. What will it take for another global power to equal or surpass the United States? What is the threshold for declaring unipolarity a thing of the past? Most attempts to answer these questions involve fine-tuning existing measures of aggregate national power. From this view, understanding U.S. decline is a question of predicting the moment at which a peer competitor might outstrip America in aggregate material (economic and military) terms.

But the unipolar world is not just a function of relative military budgets. It is also defined by a geographic distribution of power and influence. The two go hand in hand. Military and economic might allows the United States to sustain major overseas commitments, but it is not material power in the abstract that defines the United States as hegemonic. It is the overseas deployment of America’s military and political power that matters more than anything else.

To better understand the importance of the unipolar moment’s geopolitical underpinnings, it is instructive to consider how unipolarity emerged in the first place—that is, from the wreckage of what had come before, the bipolarity of the Cold War era. Depending on who you ask, the Cold War ended either in 1989 (when the Soviet grip on Eastern Europe began to loosen) or 1991 (when the Soviet Union ceased to exist altogether). But what, in precise terms, triggered the end of bipolarity? Was it the Soviet withdrawal from Eastern Europe, the Soviet Union’s ultimate collapse, the breakup of the Warsaw Pact, a shift in Soviet or Russian leaders’ attitudes and priorities, or something else altogether?

According to the political scientist Harrison Wagner, bipolarity was never defined by the mere existence of two powerful states in world politics, nor the size of their nuclear arsenals, nor the number of allies that each could boast. Rather, “the distinctive feature of the [Cold War] distribution of power” was that “one state, the Soviet Union, occupied in peacetime a position of near-dominance on the Eurasian continent, a position that states in the past had been able to achieve only after a series of military victories.”

In other words, bipolarity during the Cold War had been a geopolitical condition—an ongoing struggle waged by the Western bloc to guard against total Soviet domination of certain geographic spaces, especially in Europe and East Asia. The era of bipolarity ended when domestic transformations inside the Soviet Union meant that Moscow no longer posed a threat to the security of these regions. The end of bipolarity did not require the complete collapse of the Soviet Union, nor even its substantial reduction in aggregate material power. All it required was a reconfiguration of interests and influence such that the geopolitical contest over Eurasia was replaced by a different set of international interactions.

What does any of this mean for unipolarity—its past, present, and future?

First, if the bipolarity of the Cold War era was characterized by a contest for supremacy in Europe and East Asia—and if that contest concluded when the Soviet Union ceased to threaten control of those regions—then it follows that unipolarity is also a set of geopolitical circumstances. Namely, unipolarity is defined by the favorable geostrategic position inherited by the United States at the end of the Cold War: near-hegemony in Europe and East Asia.

Put simply, the United States occupies today a geopolitical position similar to that enjoyed by the Soviet Union in 1945: political and military primacy in the most important regions of Eurasia. In Europe, the U.S.-led NATO alliance stretches from the Atlantic to the Gulf of Finland and the Black Sea. In Asia, the United States boasts a string of alliances and informal partnerships that almost completely encircles its primary geopolitical challenger, China. If bipolarity was defined by an ongoing contest over control of the Eurasian continent, the unipolar moment has been defined by the relative absence of active geopolitical rivalries.

For sure, this is how the unipolar world looks to America’s chief rivals. To strategists in Russia, China, Iran, North Korea, and elsewhere, the post–Cold War international system has been characterized by the permanent U.S. occupation of territories that were initially garrisoned during World War II and the Cold War yet have never been evacuated, despite the supposed restoration of peace. The U.S. Navy exercises latent control over all the world’s oceans and most of its important maritime choke points, including those far from America’s own shores. Leaders in Moscow and Beijing smolder with resentment about U.S. primacy in Europe and the Asia-Pacific, of course, but they know that evicting America from Eurasia will be no easy task.

To most Americans, the deployment of U.S. power assets in Europe, Asia, and the Middle East is entirely justifiable in the name of international security as well as national self-interest. But to foreign adversaries, “Pax Americana” is an unjust and intolerable distribution of power and influence. It is a geopolitical configuration that arrived by historical accident and ought to be overturned in favor of something more equitable and sustainable.

Viewing unipolarity as a geopolitical configuration helps shed light on when the unipolar world might come to an end. Just as bipolarity ended when the Soviet Union withdrew its forces from Eastern Europe and ceased to exercise a meaningful military presence in East Asia, so too will the unipolar world give way whenever the U.S. military is no longer dominant along the two critical flanks of Eurasia: the European Peninsula and the maritime states of East Asia.

There are two primary pathways to such an outcome, each perfectly conceivable in the present context. First, it is possible that some international competitor (or group of challengers) might manage to dislodge the United States from Europe, Asia, or both. This could happen, for example, if Russia provoked a land war in Europe that exposed U.S. commitments to its Eastern European allies as the empty promises that some fear them to be. Alternatively, China could overrun a U.S. ally in East Asia or managed to coerce its neighbors to abandon America’s hub-and-spoke regional security architecture. Another possibility is if an alliance of Eurasian powers made it strategically untenable for the United States to maintain a credible overseas military presence.

Crucially, however, the unipolar world will only end when the United States materially loses its near-hegemonic status in Europe or East Asia. It will not be enough for China or Russia to outmatch the United States on paper. Geopolitical conditions on the ground will have to be overturned. Pressure from foreign competitors is only one way this might come about.

The other way is that the United States might simply choose to retrench for its own reasons. In fact, this is how Charles Krauthammer predicted that the unipolar world might end: with isolationist forces inside the United States pushing for an end to deep overseas engagement out of a misguided belief that international security no longer depended upon American preponderance abroad.

Either way, the bottom line is that the American Century—the unipolar moment—critically depends on the United States maintaining deep political and military engagement in core regions of Eurasia, especially in Europe and the Asia-Pacific. It was the Soviet retreat from these regions in 1991 that left the United States preponderant in global affairs in the first place. It will be America’s retreat from them—whether forced or voluntary—that signals unipolarity is over.

The unipolar moment is not over yet, even if its demise is well within sight. The critical question for today’s foreign policy analysts is not “What sort of international system will emerge once unipolarity is over?” but rather, “What will it take for unipolarity to be over?” This is because the eventual collapse of the unipolar system will not so much foreshadow a reorganization of world politics as it will serve as confirmation that such restructuring has already taken place.