Why Is America Pushing Russia and China Together? 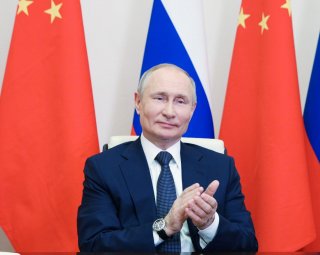 Since 1972, it has been a cornerstone of U.S. foreign and security policy to divide China and Russia. Any attempt to form an understanding or even worse an alliance—tacit, written, or embryonic—directed against the United States should be derailed. President Richard Nixon and Henry Kissinger visited China in 1972 precisely to break up what was thought to be a Chinese-Soviet alliance.

Today, this policy has been effectively abandoned. U.S. foreign policy apparently now prioritizes issues that not only allow but push China and Russia into each other’s arms—notwithstanding well-known bilateral disputes and even confrontations. The two countries have never seen one another as natural friends. Military skirmishes over border disagreements have taken place. Russia, as one of the largest net exporters of fossil fuels, benefits from a high oil price. China, the biggest net importer, benefits from a low price. On the major issue of climate change, they disagree too. On December 13, 2021, Russia vetoed a UN Security Council resolution casting the climate crisis as a threat to international peace and security. China abstained. A month earlier at the UN Climate Conference, Beijing signed an agreement with the United States that, John Kerry, President Joe Biden's special envoy on climate, called “a road map for our future collaboration” to lower greenhouse gas emissions.

It may have been in the offing for some time, but during a video summit on December 15, 2021, President Vladimir Putin and President Xi Jinping assured each other of mutual support and informed the world that they share a common outlook on major geopolitical issues. The friendship stopped, however, short of an alliance, but the message was perspicuous that both leaders resent the way the United States acts abroad and stand together to the era of U.S. hegemony to an end. Whether they can agree on a common course as an alternative to the U.S.-led global system is a completely different story and remains to be seen.

For the United States, this cannot but be classified as a major setback. The American decline in form of a falling share of global Gross Domestic Product (GDP) can neither be hidden nor be rolled back. It is, however, still, by far, the strongest country in the world. Therefore, it remains possible for adept U.S. diplomacy to prevent China and Russia from cozying up to each other.

President Bill Clinton had an unparalleled opportunity to shape a new world order, much like President Harry Truman did in the immediate aftermath of World War II. Clinton didn’t try but was content to enjoy his country’s global supremacy while not realizing that it would not last. His successors would pay the price for his omission.

Another chance was presented to President George W. Bush with the terrorist attacks on September 11, 2001. The rest of the world was ready and willing to follow the U.S. lead provided Washington appealed to global powers in a common effort to fight terrorism. Instead, Bush opted for a coalition of the willing, which turned out to be narrow and dismissed other countries’ interests—at least that is how they saw it. Yet in the first decade of the twenty-first century, the United States was still the uncontested number one power. Bush connoted no doubt that, if necessary, the United States would resort to miliary power to fulfill its ambitions. Friends and foes alike adjusted their policies accordingly. But many didn’t like it.

President Barack Obama tried to win friends in a world where friendship does not count much weighed against hardcore interests. His efforts were commendable, but not successful. Potential enemies started to believe that the United States was backing away from using military power; such an impression is dangerous as it tempts dissatisfied nations to test the waters with little risk of facing military reprisals. Local and regional conflicts grew and went beyond American control. Allies started to nurture doubts about whether the United States would actually fulfill written or unwritten commitments to help them. The American alliance system was weakened and opened the door for China and Russia—plus regional powers such as Turkey—to gain footholds around the world, quietly eroding U.S. supremacy.

President Donald Trump’s foreign and security policies were opaque, leaving a good deal of policymaking to serendipity and conveying an impression of a captainless ship. But behind the confusion and ill-considered decisions, there was a certain logic: Trump was the first president to acknowledge that America’s falling share of global GDP meant that U.S. global commitments had to be shrunk. Behind a boisterous façade, a strategic withdrawal took place. Trump conveyed the impression that he did not want to apply military power, which portrayed an image of a United States that was weaker than it actually was.

Thus, when Biden entered office, the door was left open for him to reorient U.S. foreign policy. Biden is confronted with a number of challenges and problems: China, Russia, Taiwan, Ukraine, Iran, and North Korea, to name some of them. They can only be solved if he is able and willing to decide what the United States stands for, how it will react to foreign crises, and what his great design is for the United States and the world. If he is capable to do so, a solution for each one is possible; if not, he will be stuck in the quagmire. The underlying question is whether the way the United States sees itself is congruous with how it is perceived by others and how the balance of power looks in 2021.

As far as can be seen, Ukraine is first in the queue. Russia continues insisting on its right to block Kiev’s future membership in NATO and to limit NATO’s presence in Eastern Europe. There is a tendency in the West to consider this face-off as a relic from the Cold War—where the United States, its European allies, and NATO are contending with the Soviet Union now in the shape of Russia and China is neutral. But the Cold War is over—the odds for such an outlook to deliver a solution do not look good.

Russia and China’s interests in Ukraine’s future diverge—strategically and economically. Russia’s worry about a potential threat from Ukraine’s territory is of little relevance for China. Economically, they have adversarial interests. Russia would love to get its hands on these resources. China would resist such a thing from happening; Beijing imports iron ore, grain, oil, fats, and ferrous metal from Ukraine to diversify its supply chains and does not wish Russia to take over. More than ten years ago, China and Ukraine entered into a strategic partnership which, on its ten-year anniversary June 2021, was applauded by both sides.

But U.S. policy has pushed Russia and China together on an issue where the two countries do not see eye to eye. Outsiders are not privy to all information and intelligence, but the United States has neglected an opportunity to exploit their dissimilar interests. In the future, as Russia and China work in a more concerted fashion to oppose the United States’ global position, America will have to do better.