Why Containment Can Stop the China Threat 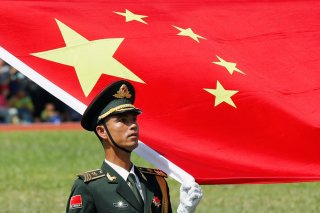 IN 1947, Walter Lippmann wrote a small book called The Cold War: A Study in U.S. Foreign Policy. Based on a series of newspaper columns, it was hardly an endorsement of American strategy in the U.S.-Soviet rivalry. Lippmann, rather, wrote his volume in response to George Kennan’s “X Article,” published in Foreign Affairs earlier that year, in which Kennan outlined the concept of containment. Lippmann, at the time perhaps America’s most prominent pundit, issued a blistering critique of that concept, calling it a “strategic monstrosity” that would fail at an exorbitant price. Containment, he wrote, “cannot be made to work” and “the attempt to make it work will cause us to squander our substance and our prestige.” One of the first prophets of American defeat in the Cold War was the man who gave that conflict its name.

Today, Kennan’s essay is part of the pantheon of great American papers of state, even though Kennan himself quickly lost faith in his own prescriptions. Lippmann’s rejoinder has been mostly forgotten, except by historians. Yet Lippmann’s critique is worth revisiting, as Washington once again embarks on a contest with an authoritarian competitor.

The fact that America’s most famous columnist trained his fire on what would become America’s most famous strategy reminds us that containment didn’t always look as impressive as it came to appear in hindsight. It illustrates many of the undeniable dangers and tragedies that accompany global rivalry. Not least, understanding what Lippmann ultimately got wrong about America’s prospects in the Cold War illuminates the factors that made the United States such an effective competitor against the Soviet Union—as well as key attributes of good strategy in any long-term rivalry. Lippmann was right that the Cold War would expose America to great evils. He was wrong to think that America could not, or should not, accept them as the price of avoiding even greater ones.

THE COLD War was a book written to refute an essay. In July 1947, Kennan—then head of the State Department’s policy planning staff and one of America’s top Soviet hands—published an anonymous article in Foreign Affairs. The article explained that Washington could not expect cooperation from the Soviet Union because the combination of Russian history and Communist ideology made the Kremlin unappeasably hostile to the capitalist world. The Soviets were not, however, bent on war or a climactic showdown. Joseph Stalin realized that America possessed superior overall power, Kennan wrote; he would back down when met with firm resistance. And while the Soviet Union looked formidable, its power was inherently fragile because of the absurdities of its command economy, the exhaustion of its population, and the inherent instabilities associated with totalitarian rule.

The best course for the United States, then, was a policy of “containment.” By consistently denying Moscow the fruits of expansion, America could shatter the Kremlin’s faith that communism would eventually overtake capitalism and intensify the internal strains on the Soviet system itself. If America held the line for ten to fifteen years, Kennan predicted, it might win a decisive strategic victory by causing the “break-up or gradual mellowing of Soviet power.” Containment could eventually bring about the transformation of the Soviet regime.

Kennan’s anonymity didn’t last long after his article was published. And his arguments quickly came in for challenge, most prominently from Lippmann. Lippmann was no isolationist: he had made the case, during World War II, for a deeply engaged American role in global affairs. He agreed with Kennan that there was little hope “that our conflict with the Soviet government is imaginary or that it can be avoided, or ignored, or easily disposed of.” Yet he believed that the “X Article” offered a dangerous prescription for a geopolitical malady.

For one thing, Lippmann argued that Kennan misjudged the nature of the Cold War. Kennan’s article stressed the ideological roots of the antagonism: Communist dogma led the Soviet regime to expect the unalterable hostility and eventual collapse of the capitalist world. Lippmann, however, saw the conflict in geopolitical terms. Stalin was primarily a Russian imperialist, he argued; the basic problem was that World War II had ended with the Red Army occupying positions deep in Europe. It was to this challenge, “and not to ideologies, elections, forms of government … that a correctly conceived and soundly planned policy should be directed.” If the United States instead embarked on an ideological crusade, he warned, it risked closing off any potential settlement with the Soviets—and taking on the impossible task of making “Jeffersonian Democrats out of the peasants of eastern Europe, the tribal chieftains, the feudal lords, the pashas, and the warlords of the Middle East and Asia.”

Lippmann predicted, moreover, that a policy of containment—of meeting Soviet influence, Kennan had written, at “a series of constantly shifting geographical and political points, corresponding to the shifts and maneuvers of Soviet policy”—was beyond America’s ability to execute. Containment would force Washington to react to Soviet thrusts, thereby losing all initiative. It would require defending vulnerable positions everywhere, instead of focusing on those that were most valuable or easily held. It would inevitably lead the United States into partnerships with unsavory clients whose allegiance was a source of weakness rather than strength. Containment, wrote Lippmann, would make America the patron of “satellite states, puppet governments and agents which had been subsidized and supported, though their effectiveness is meager and their reliability uncertain.” The strategy would carry Washington onto unfavorable competitive terrain—which would, in turn, make the strategy unsustainable.

Lippmann was also pessimistic about containment for a third reason: he doubted that democracy was suited to long-term rivalry. Protracted competition required great strategic persistence and great operational agility. It required deploying economic, diplomatic, and military resources with surgical precision, while sticking to a difficult task over many years. It demanded, in other words, just those characteristics commonly associated with nimble, purposeful autocracies rather than plodding, inconsistent democracies. “A policy of shifts and maneuvers may be suited to the Soviet system of government,” Lippmann wrote. “It is not suited to the American system of government.”

Lippmann’s final critique took aim at the fundamental premise of containment—that time was on America’s side. The idea that “Soviet power is inherently weak and impermanent,” he explained, was “wishful thinking.” The Soviet Union had, after all, beaten back Adolf Hitler during World War II; it had industrialized at breakneck speed. It was foolish to assume that such a power would ultimately collapse, and even more so to adopt a policy that required ongoing rivalry and tension until that happened. “The policy cannot be made to work unless there are miracles and we get all the breaks,” Lippmann contended. “There is no margin of safety for back luck, bad management, error and the unforeseen.”

Washington’s goal, then, should be not strategic stalemate but diplomatic settlement. The United States should seek a mutual military withdrawal from Europe, which would “redress the balance of power which has been upset by the war.” If Stalin refused, then at least he would have shown his hand. If he agreed, then a long cold war might be averted. “The history of diplomacy is the history of relations among rival powers,” he wrote. “There would be little for diplomats to do if the world consisted of partners, enjoying political intimacy, and responding to common appeals.” Better an imperfect peace than an indefinite struggle America could not win.

LIPPMANN’S ASSESSMENT was harsh, but he was hardly alone in decrying the flaws of containment. The policy of firmly but patiently confronting Soviet power came under fire from all sides during the late 1940s and after. We now think of containment as one of the most brilliant strategies in American history. At the time, it often attracted more criticism than praise.

On the Left, former Vice President Henry Wallace deemed containment a reckless crusade that would only invite a spiral of hostility—“the tougher we get, the tougher the Russians will get”—and argued instead for reassuring Moscow through unilateral concessions. On the Right, old isolationists such as Robert Taft and Herbert Hoover opposed the expanding strategic and military commitments that containment brought with it. Other commentators (including Bertrand Russell and Winston Churchill) shared Lippmann’s view that time was not on America’s side and called for the United States to start World War III while it still possessed an atomic monopoly. Even relatively friendly observers were deeply pessimistic about the future. “If one is honest,” said Robert Oppenheimer in early 1950, “the most probable view of the future is that of war, exploding atomic bombs, death, and the end of most freedom.” Containment, it often seemed, was a strategy that offered only an indefinite, draining standoff in an age of nuclear peril.

Many of the critiques that Lippmann and others offered were cogent enough. Kennan was quite right that Soviet power contained the seeds of its own destruction, but Lippmann saw that this process would take far longer than ten to fifteen years to unfold. In the meantime, containment did often put the United States in a reactive posture, responding to enemy thrusts rather than dictating the pace and direction of the competition. As the conflict spilled into the Third World, Washington would find itself defending weak positions and abhorrent allies at rising costs, while the Soviets—as Lippmann had forecast—weaponized the disorder that followed the breakdown of colonial rule. As the contest went global, it became harder to set limits on Washington’s sprawling—and, periodically, exhausting—involvement in an unruly world. Lippmann was onto something when he worried that containment would tax America financially and deplete it morally.