Why DC Statehood Would Be a Tragic Mistake 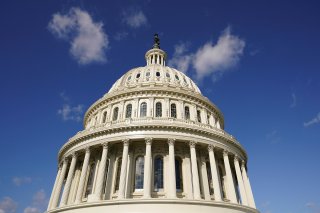 Should Washington, DC become a state?

This issue has been put back on the table as the Washington, DC Admission Act has been debated in the House of Representatives. District of Columbia Mayor Muriel Bowser has argued that transforming it into a state is a civil rights issue for a city that has a plurality of Black citizens. However, transforming the federal district into a state would come with far more drawbacks than positives for the country.

It is interesting to see the DC statehood movement carry on at the same time there is a push to abolish the Electoral College. If it became a state, Washington, DC would be the third smallest. It would send two people to the Senate, of course. And this is where much of the contention comes from. The city is almost entirely Democrat and statehood essentially amounts to adding two more Democrat Senators. Unsurprisingly, the issue has only partisan Democrat support in Congress.

The potential for DC statehood making its way through Congress would certainly increase if the filibuster were eliminated and the threshold to pass legislation in the Senate dropped to a simple majority. Democrats would get a short-term payoff from this move but it would likely trigger a ripple effect. As soon as Republicans regained majorities it’s easy to see them subdividing red states to increase power for their side. Do we really want to launch that raw political arms race?

Given the history of the sectional divide in early American history—where adding new states brought on a series of crises and compromises ultimately leading to civil war—injecting this pure power struggle into an already polarized political environment seems unwise. On top of the political obstacles to DC statehood, there are other constitutional and functionality concerns with transforming the seat of our federal government into a state. Proponents of DC statehood argue that it is fundamentally unfair, and outright disenfranchisement, for residents to pay federal taxes while not having representation in Congress. The District can only send a non-voting delegate to Congress. Hence, “taxation without representation” has become the motto stamped on Washington license plates.

But is Washington really held back financially by not being a state? The city hardly lacks in wealth and power. A good portion of America’s wealthiest counties are clustered around the federal district. Its median household income is higher than any state according to the latest Census data. And while not everyone benefits from this wealth directly, the city still doesn’t hurt for money flowing to its public services. For instance, per-pupil spending on K-12 students is consistently about double the national average and is again, higher than any state.

Being close to the center of national political power certainly has its advantages. It’s also not clear in what way transforming the District of Columbia, which is already allowed to govern itself under the Home Rule Act of 1973, would significantly change the way in which the city currently operates. But there is a bigger concern here, beyond the functionality of the city. The framers of the Constitution intentionally set aside a special district to allow the federal government to operate independently.

The indispensable necessity of compleat authority at the seat of Government carries its own evidence with it. It is a power exercised by every Legislature of the Union, I might say of the world, by virtue of its general supremacy. Without it, not only the public authority might be insulted and its proceedings be interrupted, with impunity; but a dependence of the members of the general Government, on the State comprehending the seat of the Government for protection in the exercise of their duty, might bring on the national councils an imputation of awe or influence, equally dishonorable to the Government, and dissatisfactory to the other members of the confederacy.

Madison and the framers worried that locating the nation’s capital within the jurisdiction of a state would potentially leave it at the mercy of that state. This issue came up in 1783, when a mutiny by soldiers in the Continental Army threatened the capital, then located in Philadelphia. The state governor refused to give aid, and the Congress of the Confederation had to flee the state.

It’s hardly difficult to imagine situations, even today, where a state may become hostile to particular federal officials or the federal government in general and make life difficult for them.

By giving Congress the final say in operating the federal city, as the Constitution does in Article I, Section 8, this potential conflict is avoided.

The fact that this is included in the Constitution also makes it somewhat dubious that Congress can simply turn the District into a state without a constitutional amendment. The Justice Department has repeatedly made this case. The exception being the Justice Department led by Attorney General Eric Holder, under President Barack Obama, who overruled his own Office of Legal Counsel on the issue.

With these complications, there are nevertheless a few compromise solutions for the DC statehood issue. One would be a partial retrocession of a chunk of the District back to Maryland. This happened before in 1846 when a large part of the city was essentially given back to Virginia, hence losing its nice, square shape. This, too, may come with legal challenges, but it would at least have precedent. Another interesting proposal, offered by Dan Mclaughlin in National Review, would be to create a larger state out of parts of the District and nearby Northern Virginia cities while preserving a smaller, core federal district.

“For DC residents, adding Alexandria, Arlington, and Fairfax would give the new state real heft: It would bring the population over two million, larger than 15 states, and give it multiple House seats and electoral votes,” Mclaughlin wrote. “Alexandria, Arlington, and Fairfax residents would be governed closer to home and brought within a political community with which they ought to have more in common than with the populations of southern and western Virginia.”

Not only would this increase the size of the new state, but it would also be more politically palatable to Republicans. The remaining portion of the Commonwealth of Virginia would be much more competitive and would likely lean Republican. A new state would be added without fundamentally changing the partisan balance of national politics and it would fulfill the stated desire of DC statehood proponents of giving most residents of the city a more direct voice in the federal government.

One way or another, DC statehood seems unlikely. Its support is entirely partisan and comes with a series of practical and constitutional challenges. Its benefits would be negligible and its consequences potentially serious and destructive.