Why Did Biden Finally Call Netanyahu? 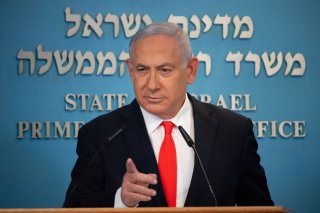 Israeli prime minister Benjamin Netanyahu finally got his phone call. It came on Wednesday, February 17, a full four weeks after America’s presidential inauguration. And it took long enough, as far as he and many Israelis were concerned. After four years of getting anything and everything he wanted from Donald Trump, and with U.S. Ambassador David Friedman acting as a cheerleader for settlement expansion, Joe Biden’s ascendancy to the presidency could only have been a downer for the Israeli prime minister. That he was the first Middle East leader to hear directly from Biden was small recompense for losing the man he considered to be his soulmate in the White House and whom he clearly had hoped would be returned for a second term in office.

The White House insists that Biden’s delay in phoning Netanyahu was not a deliberate snub. Perhaps not. Netanyahu certainly put the most positive spin possible on what appears to have been a polite, but not a particularly warm conversation. For his part, however, Biden stressed his long-standing and friendly relationship with Israel, rather than with the prime minister. He may not have snubbed Netanyahu, but it certainly has looked that way to anyone who pays attention to relations between Washington and Jerusalem. And if indeed the delayed phone call was meant to be a message to Netanyahu that he no longer curried favor with the White House, he most certainly deserved to receive it.

Netanyahu fawned upon Trump the way Trump kowtowed to Russian president Vladimir Putin. He mimicked Trump in every possible respect, going so far as to echo such Trumpian buzzwords as “fake news” when attacking his own media. But it was the way in which he went about seeking to influence American policy on Iran that alienated many Democrats, not only those in the so-called “progressive” wing of the party who in any event bore little love for the State of Israel while romanticizing the Palestinians.

Netanyahu had every right, and good reason, to oppose a nuclear agreement with Iran. But he crossed a diplomatic red line when in May 2011 he “lectured” President Barack Obama in the Oval Office with the media present, an act of such rudeness that it enflamed many Democrats. Indeed, in the run-up to the April 2019 Israeli election, Netanyahu released a campaign ad that highlighted that exchange with Obama, hardly a way to repair his image with the party that by then controlled the House of Representatives.

Four years after the Oval Office meeting, Netanyahu again went out of his way to criticize the Obama administration, accepting Speaker John Boehner’s invitation to speak before a Joint Session of Congress without bothering to give sufficient advance notice to the White House. In doing so, presumably on the advice of Ron Dermer, his ambassador to Washington and a former Republican operative, he seriously undermined any remaining credibility he had with the Democrats.

Yet if that were not enough, Netanyahu had insulted Biden as well. The first time was in 2010, during a Biden visit to the Jewish state when the government ministry announced plans to build 1,600 housing units in East Jerusalem, in defiance of the Obama administration’s exhortations to the contrary. Netanyahu insisted that he had no desire to embarrass Biden and that one of his ministers had made the decision without his knowledge. His protestations of innocence rightly fell on deaf ears in Washington; when it came to housing in east Jerusalem, or for that matter, to settlement expansion, the Israeli prime minister had never been a mere bystander. Indeed, nine days before Biden was to be inaugurated Netanyahu approved plans to build 800 new housing units on the West Bank. This time he made no effort to hide who was in charge when it came to settlement expansion.

Having bet heavily on the losing horse in the 2020 presidential election, and with yet another Israeli election looming in March—one that Netanyahu himself had orchestrated—the Israeli leader desperately wanted a call from the White House. He needed that call in order to demonstrate to an increasingly dubious Israeli electorate that there was no daylight between him and whoever was the leader of the United States. That Biden chose to speak to Vladimir Putin and Xi Jinping, neither of whom would qualify as close friends of the United States, before speaking to Netanyahu made it clear that the president’s friendship was with Israel, not its current leader. After all, Netanyahu waited a full five days after the election before he finally tweeted his congratulations to the president-elect while stressing his “long & warm personal relationship for nearly 40 years.” Even then, his Twitter account still carried a photo of him with Donald Trump. That Biden bothered to phone him at all was itself an exceedingly generous gesture; it was the mark of a true mensch.