Why Did Fiona Hill Join the Trump Administration? 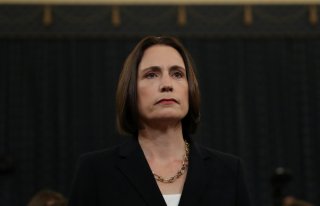 Donald Trump’s presidency has spawned a burgeoning industry of tell-all memoirs from former officials and associates, all claiming an insider’s look into his time in office. While this genre tends to deal heavily in workplace intrigue and other forms of salacious gossip, former National Security Council official Fiona Hill’s recent Foreign Affairs article, which is excerpted from her new memoir, There Is Nothing For You Here, offers a more cerebral perspective on the broader political trends accompanying Trump’s tenure as the 45th president of the United States. But it is flawed, both in its failure to explain why Hill elected to serve as an aide to Trump, whom she clearly reviled, and in its recapitulation of key episodes that took place during the administration.

Hill opens with an account of the infamous Helsinki summit between Trump and Russian president Vladimir Putin. Hill, a prominent Russianist who is currently the Robert Bosch senior fellow in the Center on the United States and Europe at Brookings, introduced the summit as largely an attempt by Trump to cover his political flank from allegations “that he had conspired with the Kremlin in its interference in the 2016 U.S. presidential election or that the Russians had somehow compromised him…” But this framing doesn’t quite do justice to the foreign policy significance of the summit. Whatever criticisms one might level at its execution, Trump’s Russia policy was grounded in the legitimate, pressing strategic concern that Washington is being cornered into an unwinnable two-front competition with Moscow and Beijing. The Helsinki meeting marked the culmination of the Trump administration’s campaign to staunch the cycle of spiraling hostilities that have come to characterize the bilateral relationship. Trump’s efforts were premised on the underlying belief—largely shared by the Biden administration—that now is the time to retrench and refocus Washington’s resources on containing the rising geopolitical threat emanating from Beijing.

But these points are lost in Hill’s retelling of the Helsinki summit, reduced as it is entirely to Trump’s peccadilloes—his vanity, insecurities about his political legitimacy, and alleged deference to his Russian counterpart. Hill vividly recounts AP reporter Jonathan Lemire’s questioning of Trump at the joint press conference: “Would you now, with the whole world watching, tell President Putin—would you denounce what happened in 2016 and would you warn him to never do it again?”

“Trump balked,” the article continues. The former president could not do what Lemire asked, reasoned Hill, because it would be “tantamount to admitting that Trump had not won the 2016 election.” It is not fully clear if Hill is conveying her own view of the 2016 election—or describing what she believes to be Trump’s state of mind.

But Trump had reasons to balk that had nothing to do with his purported insecurities. Turning the summit into a bilateral cage match over Russia’s interference in the 2016 election would only serve to undermine the strategic reasons for why it was being held in the first place. It would also be eminently unproductive. The Russian side has flatly denied any and all accusations of electoral interference, both publicly and in private discussions with U.S. counterparts—Putin has stuck to his guns on this matter for years, and there was no reason to expect a different outcome in Helsinki. Yet this is exactly the kind of hollow spectacle many observers, including those who demanded that Trump chide and threaten Putin in front of the cameras at Helsinki, wanted to see. They were not interested in, say, substantive cybersecurity agreements to safeguard U.S. infrastructure and the integrity of future elections. For vast swathes of Trump’s detractors, the meeting presented an ideal opportunity to depict the former President as “Putin’s puppet”—a thesis to which Hill appears to subscribe, given the tenor of her first-hand descriptions of Trump.

But Hill goes on to explain that she is interested in charting a different, “arguably more pernicious kind of “Russian connection.” Namely, Hill is concerned with what she sees as a creeping authoritarian convergence between the United States and Russia, a trend reified by the purported parallels between Trump and Putin.

Hill rattles off a list of  “glaringly obvious” similarities between Trump and Putin, which notably includes their shared enemies; among them, “cosmopolitan, liberal elites,” George Soros, and voting rights advocates. It also involves their common efforts to prevent the destruction of displacement of historical symbols—Confederate figures for Trump, Soviet figures for Putin, and so on. It is unclear what these rather superficial comparisons are supposed to prove, beyond the fact that the two men share some basic, generic conservative political instincts that are widely exhibited by politicians and voters from Rotterdam to New Delhi.

Hill then makes her way to more specific points of comparison. She tries to demonstrate, through a series of parallels and historical analogies, that Trump and Putin are cut from the populist, autocratic cloth; that the former has more in common with the latter than he does with prior U.S. Presidents. But in her attempt to derive a common essence between the two men, Hill dilutes the terms “populism,” “nationalism,”  and “autocracy” beyond recognition.

As part of her effort to demonstrate the supposed parallels between Trump and Putin, Hill shoe-horns the Russian leader into a nationalist-populist frame in which he simply does not belong. Consider the bigger picture of Putin’s rule. In all its varied forms from the Tsardom to the Soviet Union, the Russian imperial project has been—and continues to be, under Vladimir Putin—a quest to carve out a multinational, multi-confessional empire straddling large swathes of the Eurasian heartland. Since fully consolidating power in the mid-2000s, Putin has consistently repressed, not stoked, nationalist-populist movements and attitudes in Russia. Far from “fueling nationalist grievances,” Putin has de-emphasized Russian nationhood for the sake of a supranational imperial identity.

Hill doubles down on this popular but fundamentally mistaken assessment of Putin with her discussion of jailed opposition Alexei Navalny. Navalny, writes Hill, is, “like Putin,” a “populist” who “has not been averse to playing on nationalist sentiments to appeal to the same Russian voters who form Putin’s base.” Navalny is, in fact, a “small Russia” nationalist who sees empire as a weakness—a centuries-long burden, built on the backs of ethnic Russians. Navalny even sees some of the Russian Federation’s own administrative regions, including Chechnya, as a liability. A poll conducted by Navalny found that some sixty-seven percent of his supporters—as opposed to only around ten percent of the general population—favor holding a referendum on whether or not the entire North Caucasus should be granted independence. Navalny’s ethnocentric, inward-looking nationalism stands in diametric opposition to Putin’s view of Russia’s imperial identity and destiny as a great power.

Hill observes that Putin “blurs the line between foreign and domestic policy,” mobilizing the Russian populace against perceived internal as well as external enemies. This is accurate but in no way exclusive to Russia or authoritarian regimes. President Joe Biden echoed a similar sentiment in an earlier State Department speech sounding the clarion call for a global battle between democracy and autocracy. “There’s no longer a bright line between foreign and domestic policy,” Biden told U.S. diplomats. According to Biden, it is all part of the same noble struggle being waged against the enemies of democracy—whether foreign or domestic. In the same piece, Hill urged the Biden administration to “integrate their approach to Russia with their efforts to shore up American democracy, tackle inequality and racism, and lead the country out of a period of intense division.” This would seem to suggest that Hill—like Putin and Biden—apparently does not see a strict dividing line between foreign and domestic policy, instead taking the opportunity to offer partisan political advice.

In the closing paragraphs, Hill urges the Biden administration to refrain from mobilizing “Americans around the idea of a common enemy, such as China.” Doing so, fears Hill, will subject Asian-Americans to xenophobia. This is a curious way to end an exposition, the better part of which was spent ginning up a Russian threat so grave that it seemingly brought American democracy to its knees in 2016 and threatens to do so again unless Biden implements sweeping domestic reforms to curb “inequality and racism.” Separately, Hill’s appraisals of Trump and Putin are unconvincing. When combined, they form the basis of a deeply flawed comparison that obfuscates more than it reveals about both men—all in service of a contrived, distinctly partisan thesis.

Deprived of any meaningful basis for substantive parallels, Hill is left with shallow observations of leadership style. Trump “imported Putin’s style of personalist rule,” she writes. Hill accuses Trump of influence-peddling schemes involving family members and private associates, seemingly unfazed by or perhaps unaware of similar accusations against the Bidens and the Clintons. Nor is it anything new for U.S. presidents to circumvent, subvert, or even try to destroy established U.S. institutions in pursuit of their goals. Whether it be the Lincoln administration’s sweeping crackdown on political opponents in the years of the Civil War, Andrew Jackson’s bitter battle against the central bank, or Franklin Delano Roosevelt’s blatant manipulation of the media and abortive effort to pack the Supreme Court, Trump need not look to the Kremlin for lessons on American Caesarism.