Why Putin Miscalculated in Ukraine 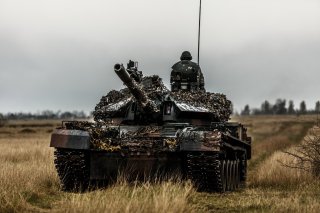 Surprise is one of the characteristics of international crises.

A surprise can occur due to the lack of sufficient knowledge or to a mistaken interpretation of the available knowledge. Policymakers’ frame of mind is particularly important in international crises. Wishful thinking and confirmation bias can play a fateful role in assessing information. Thus, expecting a better outcome than is warranted by the information available or looking for information that confirms an already-held assumption or view can create unfounded expectations leading to unforeseen consequences.

We lack the necessary information in order to know precisely what Russia’s president, Vladimir Putin, expected would happen as a result of the crisis he initiated. We certainly do not possess any reliable information to know what he expected would ensue following the invasion of Ukraine.

What we do know is that the intelligence services of the United States and Britain had correctly assessed that Russia was due to invade Ukraine. We do not know whether they knew what Putin expected would occur in the wake of such an invasion.

But even without reliable information concerning Putin’s expectations, we can assume from recent reporting and cautious inferences that Putin was surprised by the united, coherent and powerful response by the United States and its allies. Further, he may have also been surprised by the chain reaction from the private sector, encompassing companies and individuals from finance to sports, and from commerce to culture. According to press reports, intelligence services in the United States and Britain have indicated that the Russians are equally surprised by the difficulty the Russian Army is encountering in Ukraine, having expected a rapid and smooth invasion.

The gap between expectation and reality has led to notable surprises in the history of international crises.

When North Korea invaded South Korea in 1950, the U.S. and South Korean leaderships were caught by surprise. In turn, the leaders of North Korea, the Soviet Union, and communist China were equally surprised when U.S. president Harry Truman decided to react militarily to the North Korean invasion. The United States, for its part, was utterly surprised when China then intervened in the war following the crossing of the 38th Parallel and the counter-attack deep into North Korean territory.

A decade later, President John F. Kennedy was surprised when he was told in 1962 that the Soviet Union had secretly installed nuclear missiles in Cuba. After all, he had warned the Soviet Union that the United States would never agree to the presence of offensive weapons on Cuban soil, and the Soviet Union had given its pledge it would never place such weapons in Cuba. Even the CIA had assessed only a month before the Cuban Missile Crisis that the chances of the Soviet Union installing nuclear weapons in Cuba were very low. When Kennedy announced to the world about the presence of Soviet nuclear missiles in Cuba, the Soviet leadership was caught by surprise, believing up to then that its secret operation in Cuba was totally unknown to the United States.

When Argentina launched an invasion of the Falkland/Malvinas Islands in the South Atlantic in 1982, the British Government was caught by surprise. The Argentinian military junta, which had ordered the invasion, was in turn surprised by Britain’s military response and by U.S. support for Britain following the failure of its mediating efforts. The Argentine government’s expectation had been that Britain would not react militarily and that the United States would not back Britain in the ensuing crisis..

Without engaging too much in counterfactual history, it might be possible to assume that had the decisionmakers concerned in the aforementioned examples expected a different scenario, they might perhaps have acted differently, thus averting surprise.

For instance, would the Soviet and Chinese leaders, Joseph Stalin and Mao Zedong, have agreed to North Korea’s invasion of South Korea had they thought that there was a good chance of U.S. military intervention? Would Truman have consented to crossing the 38th Parallel and invading deep into North Korean territory had he believed that the Chinese would intervene in the war?

Would Argentine president Leopoldo Galtieri have ordered the invasion of the Falkland/Malvinas Islands had he assessed that Britain might react militarily while enjoying support from the United States?

The questions posed do not refer to the outcome of those crises, but only to the prior assumptions leading the decisionmakers concerned to reach the decisions they did. Even without knowing in advance what the outcome would be, would they have acted in the way they did had the expectations they entertained been different?

This leads us to the current crisis in Ukraine: Would Putin have ordered the invasion of Ukraine had he expected a united, coherent, and powerful reaction by the United States and its allies? Would he have acted the way he did had he assessed that there might be a widespread international backlash against Russia? Would he have escalated the crisis into a full-blown military invasion had he feared a protracted military campaign?

Putin may have believed that Biden was bluffing, as the United States did in 1950 when China warned that it would intervene in the Korean War should U.S. forces cross the 38th Parallel. Alternatively, Putin may have thought that Russia would be able to withstand the effects of economic sanctions, predicting a more limited series of sanctions than were actually imposed, as had occurred back in 2014 following the Russian annexation of Crimea. He may have counted on a weaker response by European countries more closely dependent on trade with Russia.

The reaction of the United States and its allies has been unprecedented. The Russian leadership may have assessed, on the basis of what had transpired in recent history, that whichever steps might be taken against Russia, their consequences would be controllable and affect Russia only to a limited extent. After all, leaders and their advisers tend to look at their rival’s modus operandi and extrapolate from it into the future. Intelligence analysts at the CIA in 1962 assessed that the chances of the Soviet Union placing nuclear missiles in Cuba were low because it would run counter to the modus operandi of its leadership. Similarly, Putin may have extrapolated into the future from the West’s modus operandi. After all, when was the last time that the United States and its allies responded to a perceived challenge by Russia in such a united, coherent, and powerful manner?

Thus, one may infer that Putin was caught by surprise both by the protracted military campaign in Ukraine and by the unprecedented reaction of the United States and its allies.

It is the gap between expectations and reality that produces surprises in international crises. Apparently, the Ukraine Crisis is no exception.