Why the Unregulated Influence of Strategic Advisory Firms Is Destroying Washington 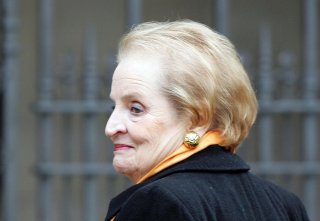 President Joe Biden began office by stating a desire to restore public trust in government. He should require his appointees from strategic advisory firms to publicly disclose their clients. Americans should know if his Director of National Intelligence, Secretary of State or UN ambassador has been working for foreign companies with ties to foreign governments; all three are from strategic advisory firms. Public disclosure will help restore public trust.

Senior government officials who retire into lucrative private-sector jobs often raise eyebrows. German Chancellor Gerhard Schroeder left office in 2005 and was immediately appointed to an advisory position on the Nord Stream pipeline consortium, which is partially owned by Russia’s Gazprom. That raised questions about Schroeder’s actions while in office, but at least the public now knew the identity of his clients.

President Joe Biden on his first day in office signed an executive order imposing bans on lobbying by his appointees within certain time limits of leaving office, just as all of his recent predecessors have done (though both Bill Clinton and Donald Trump later revoked such bans on their appointees.)

The reality is Biden appointees are not coming from or going to lobby firms, thus post-government lobbying limits will barely affect them. Biden appointees, in unprecedented numbers, are coming from strategic advisory firms and may end up back there as well.

The strategic advisory business in Washington and New York is huge, estimated in the billions of dollars annually, and bipartisan. Most of the Biden appointees from this industry are coming from one of two firms, one founded by Madeleine Albright (Albright Stonebridge) and another by Antony Blinken (WestExec Advisors). Republicans who have founded such firms include William Cohen (The Cohen Group) and Henry Kissinger (Kissinger Associates). When Kissinger was appointed to be chairman of the 9/11 Commission and Congressional Democrats insisted that he disclose his client list, he resigned from the Commission in 2002 citing conflicts of interest. That was the last time Congress has sought public disclosure of clients of strategic advisors.

What should be done? Biden, as part of his effort to restore trust in government, should sign an executive order requiring all appointees including strategic advisors coming into his administration to publicly disclose their clients, just as lobbyists do.

Thus, we should not rely solely on congressional staff vetting of nominees for potential conflicts of interest. There are many considerations that come into play in this vetting—including when nominees have personal ties with members of Congress. In one case in the Obama administration, Daniel Shapiro, a former registered lobbyist for Israel’s largest company, was confirmed by the Senate to be the US ambassador to Israel. Requiring blanket public disclosure of private clients for all nominees will support the integrity of the Senate vetting process.

“Draining the swamp” has become a discredited metaphor. But we must address the revolving door in an effective way that includes the strategic advisor loophole to our lobbying disclosure laws. Maybe a better metaphor is: sunshine is the best disinfectant.

Bob Silverman was president of the American Foreign Service Association and is currently a lecturer in Middle Eastern Studies at Shalem College.