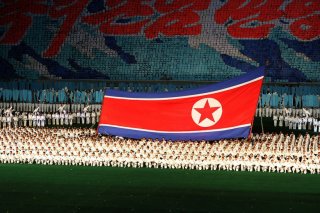 North Korea has imprisoned one American since 2012 and announced its intention to try two other U.S. citizens recently arrested for “perpetrating hostile acts.” Having no diplomatic relations with the Democratic People’s Republic of Korea, the Obama administration cannot even inquire as to the prisoners’ welfare, but instead must rely on Sweden, which acts in Washington’s stead. The United States should create official ties with the DPRK.

Countries have long used diplomatic relations as a weapon, even though recognition confirms geopolitical reality, rather than validates government policy. A state cannot be wished away even if it is controlled by unpleasant, distasteful or antagonistic forces. When issues between nations arise, it is usually best if the governments talk to each other. And that is easiest done if they both have diplomats in each other’s countries.

Nevertheless, politics has long dominated diplomacy surrounding the Korean peninsula. Washington and Pyongyang have never recognized each other. South Korea and Japan also do not have relations with the North. Throughout the Cold War, the Soviet Union and People’s Republic of China did not recognize the Republic of Korea. (For most of that time, the PRC and United States also did not officially talk.) One longstanding proposal to break the diplomatic deadlock was “cross-recognition,” by which everyone would recognize everyone. The United States, Japan and the ROK would establish ties with North Korea, and the USSR, PRC and North Korea would open diplomatic relations with the South.

The end of the Cold War delivered the last half of that deal. Russia went first, followed by China, Pyongyang’s most important ally. Two decades later, the allied powers still have not formally acknowledged North Korea’s existence.

America, the ROK and Japan see the DPRK as an enemy state. No treaty has replaced the armistice that ended the fighting. The North is building nuclear weapons, developing long-range missiles, conducting a confrontational foreign policy and violating human rights. For the allies, the bill of particulars is long.

But it is also one that largely applied to the Soviet Union, with which Washington maintained official ties throughout the Cold War, and the PRC, with which the Nixon administration opened relations while downgrading its close relationship with Taiwan. Both of these communist giants were at military odds with America, engaged Washington in real or proxy wars, battled the United States diplomatically and ran gulag states.

However, refusing to talk with Moscow would have been grossly irresponsible, because the two nations confronted each other militarily around the globe. They could not avoid contact with each other.

The lack of any diplomatic channel between America and the PRC during the Korean War may have expanded that conflict. Beijing had no effective means to warn against the U.S. advance to the Yalu. Instead, China unsuccessfully attempted to use India as a go-between. Direct talks might have failed, but maybe not. The PRC’s entry turned a quick American victory into deadlock and prolonged the conflict by two years.

The United States should learn from this case and initiate diplomatic relations with the DPRK.

While Pyongyang is not a global power, its activities affect America. The two countries confront each other militarily and spar over nonproliferation. U.S. economic sanctions and membership veto in multilateral aid agencies affect the North’s development. Americans keep getting arrested in the DPRK. Bilateral hostility affects Washington’s relations with Russia and especially China.

Clearly, there is much for the United States and North Korea to talk about. On Washington’s end: American citizens imprisoned and at risk of prison, recent missile launches, Pyongyang’s professed determination to be a nuclear power, threatening conventional deployments, human rights, and so on. On Pyongyang’s end: a peace treaty, relaxation of sanctions, economic and humanitarian assistance, an end to joint military exercises between the United States and the ROK, the removal of American troops from the South, and so on.

Negotiations obviously don’t guarantee results. The Six-Party talks have yielded agreements. Bilateral discussions have also occurred outside of official diplomatic channels. In the early 1990s, the United States and the DPRK negotiated the Agreed Framework, which promised the North a light-water nuclear reactor in exchange for abandoning its nuclear-weapons program. Secretary of State Madeleine Albright later visited Pyongyang. Most of the deals ingloriously collapsed—and not always due to Northern intransigence. For instance, Washington was slow to fulfill the Agreed Framework.

However, the lesson is not that ongoing relations are valueless, but that big agreements are unlikely, whatever the negotiating framework. Ever fewer Korea analysts believe that Pyongyang is willing to give up its existing nuclear arsenal. The regime has placed its prestige as well as resources on developing increasingly sophisticated missiles. Kim Jong-un will not surrender his family’s political dynasty.

Nevertheless, secondary but still important objectives may be achievable. For instance, the DPRK might be willing to freeze its nuclear production or draw back its advanced conventional forces. The Kim government might consider economic reforms to encourage foreign investment. The regime might even be willing to at least discuss, if not act on, human rights.

None of these may be likely. But they are more likely as part of an ongoing diplomatic relationship. First, the North long has been pushing for direct contact with America. Treating Pyongyang as a diplomatic equal would meet one of the DPRK’s longstanding demands.

Second, sitting down with North Korea might help moderate the regime’s natural paranoia and, thus, resistance to disarmament initiatives. A United States engaged in continuing dialog with the North would look less like a nefarious plotter against the North. Third, more regular discussions would help American officials better assess the Kim regime’s priorities, willingness to compromise, view of U.S. initiatives and internal political shifts. Fourth, routine contacts would allow talks to develop informally over time, rather than be forced into a formal framework, which so far, hasn’t yielded permanent results.

Of course, the United States might find itself disappointed on all counts. The North might remain obdurate and not take advantage of new opportunities to improve relations. But even that would be an important lesson for America. And even more so for China, which has pressed Washington to engage North Korea to lower tensions on the peninsula. Making a genuine effort to have a relationship with Pyongyang would strengthen a subsequent request by Washington for greater assistance from Beijing.

No doubt, critics would complain that initiating diplomatic ties was a “reward” for the North. And the latter might seek to treat it so, even though recognition would merely reflect standard operating international procedure. However, as the world’s dominant power, America could afford to make such a faux concession. Doing so would also give Washington another benefit to offer: expanded ties if relations develop smoothly.

Moreover, opening a small mission would be less embarrassing than having to periodically send Bill Clinton, Jimmy Carter, Bill Richardson or Dennis Rodman to the North to rescue jailed Americans. And the benefits of contact would outweigh the costs. Simply having a small window into North Korean society would be useful. Over time, something more might result.

Now is a propitious moment for Washington to move. Although the DPRK has been allied with Moscow and Beijing since it declared its independence in 1948, relations have rarely been simple with either big neighbor. Kim Il-sung ruthlessly purged pro-Soviet and pro-Chinese factions, and criticized the USSR over de-Stalinization and the PRC over the Cultural Revolution. Mao Zedong also opposed the North’s familial succession and opened ties with America, further angering Kim. The post–Cold War era has been particularly hard, with Moscow-Pyongyang relations virtually collapsing until recently, and Beijing-Pyongyang links mimicking a roller coaster ride.

The DPRK remains heavily dependent on China, which evidently makes the former uncomfortable. Indeed, one of the complaints against Kim Jong-un’s uncle, executed last December, was that he made unwarranted economic concessions to Beijing. With PRC-ROK relations improving—President Xi Jinping visited Seoul last week—the North has been looking elsewhere. It is talking to Tokyo about the sensitive issue of Japanese citizens abducted by the DPRK in the 1970s and 1980s. Additionally, Pyongyang is rebuilding ties with Russia; Moscow recently wrote off almost $11 billion dollars in debt and increased oil exports.

Washington should offer North Korea another alternative. As the distant power that has never swallowed Korean territory, America is an attractive partner for the North. Critical issues divide the two nations, of course, but they do not prevent diplomatic foreplay. The results could be surprising. And even failure would be low-cost. Present policy is not working—so why not try something else?

More than two decades have passed since the Cold War ended, but you wouldn’t know it from looking at the Korean peninsula. Three different U.S. administrations have varied policy toward the DPRK from engagement to isolation and mixed threats with inducements. Nothing has worked. Today, Pyongyang is as diplomatically intransigent and militarily threatening as ever, but appears to remain politically stable. With missiles flying, rumors of nuclear tests circulating and arrests of Americans continuing, North Korea remains a disruptive international actor.