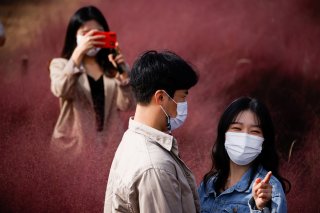 “By three methods we may learn wisdom: First, by reflection, which is noblest; Second, by imitation, which is easiest; and third by experience, which is the bitterest.” These words are among the trove of wisdom passed down to us by the Chinese philosopher Confucius.

Copying others is the quickest way to learn anything. Young children learn everything by copying their parents. And children are incredibly fast learners. As adults, we like to emphasize the originality of our thinking and we tend to feel ashamed of copying others—this is especially true for Europeans and Americans. But Asians think differently.

As King Solomon taught: The wise man learns from  the mistakes of others, the fool has to learn from his own:

It’s only in politics that no one seems capable of learning from the experience of other countries, at least that seems to be the case in Europe and the United States. In the battle against the coronavirus, chaos and contradiction reign as measures are introduced on an almost daily basis: lockdown today, everything open again tomorrow, and then another lockdown the day after tomorrow. In Europe and the United States, there has been government failure on a massive scale—and shouldn’t really come as a surprise. After all, governments are not only failing in the fight against the coronavirus, they are failing in a host of other areas too. For years now, Europe has been unable to secure its borders effectively. And public infrastructure is in a catastrophic state—in Europe as well as in the United States. In Europe, governments are focused solely on making people happy with a never-ending stream of social programs and, with a  constant flood of over-regulation, undermining the economy at every turn. Germany is a particularly sad example because right now the country’s leading industry—automotive manufacturing—is being consciously destroyed under the weight of planned economy regulations.

All across Europe, citizens’ rights and freedoms are being trampled on—the only (apparent) exception seems to be in the arena of data protection. What other explanation could there possibly be for the fact that in Germany, for example, a coronavirus app has been developed that does a fantastic job of protecting data, but not people? The app has contributed absolutely nothing to fight the pandemic. In this, it has much in common with lots of other measures that are even worse than doing nothing because they only create false illusions.

According to current forecasts, many European countries are about to exhaust their testing capacities. In China, nine million inhabitants were recently tested in a single city in five days. China built a one-thousand-bed hospital in one and a half weeks. But as soon as you start talking about China, people react reflexively and complain that China is a dictatorship and has nothing to teach free societies. Why do you need a dictatorship to provide enough tests for people? Nobody is saying that other countries should blindly copy China. But who would seriously object to learning from the Chinese people?

At the beginning of the coronavirus crisis in Germany, Chancellor Angela Merkel declared that masks were completely ineffective. Trump also spent months ridiculing people who wore masks. This puzzled me at the time. So why do populations across Asia, who have far more experience of epidemics, overwhelmingly wear masks?

Incidentally, China isn’t the only country that has yielded important lessons. Democratic countries such as Taiwan, Singapore and South Korea have also fought the virus much more effectively than the United States and countries across Europe. What about learning from Asia? Taiwan has managed to completely block local transmission for two hundred days. In a population of twenty-three million and a densely populated metropolitan area, not a single infection has been transmitted, although there have been repeated cases among travelers. South Korea, which has fifty million inhabitants and is almost as large as Italy, has already completely defeated the second wave. Across South Korea, no more than 250 infections were ever recorded in a single day.

Yes, all of these successes have required some sacrifices in terms of citizens’ rights and freedoms. But European countries have, in part, introduced measures that impinge far more drastically on personal liberties—for example, on the right to exercise one’s profession freely. Restrictions of individual freedoms are unavoidable in a pandemic, but they must be appropriate and effective. Neither of these is the case in Europe. Restrictions on freedom are neither appropriate nor effective. Some countries are prepared to paralyze the economy and destroy thousands of livelihoods, but data protection remains sacred. Unfortunately, the coronavirus crisis offers yet further confirmation: the state is strong where it should be weak (in the economy), and weak where it should be strong.