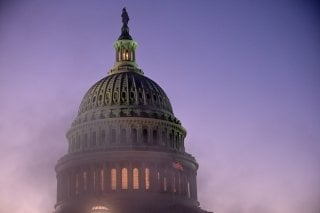 The baffled look on my father’s face was understandable, as I was explaining Oxford’s “Rhodes must fall” campaign to him a year before Brexit, standing in front of a bookshop in Oxford. The fact that a random South African upstart on a prestigious Rhodes scholarship to Oxford can seek to topple the statue of Cecil Rhodes while protesting against everything Britain ever stood for—including its culture, institutions and history—all the while continuing to rake in the scholarship money under moist beaming adulatory gazes of London liberals, while the rest of the country watched in dismay, seemed hypocritical to my father. He’s an old Anglophile and, like many of his generation, a middle-class, reserved and stoic man who grew up reading Alistair MacLean and watching Sir Roger Moore play the role of James Bond.

I shudder to imagine what his reaction would have been if he knew that a school board in California decided to rename all schools formerly named after George Washington, Thomas Jefferson, and even Abraham Lincoln. San Francisco’s Board of Education has decided by a vote of 6-1 that the schools named after certain historical figures quietly condone the era of “slavery, oppression and racism.” Other luminaries to be memory-holed are John Muir, a naturalist who maintained racist views, Paul Revere, who alerted the colonial militia of a pending British invasion, Francis Scott Key, the composer of Star-Spangled Banner who owned slaves, and Junipero Sera, a Spanish priest known for forcing people to convert to Catholicism and punishing Native American converts.

In a way, this is understandable as a hallmark of any revolutionary movement and revolutionary time. Revolution is almost always top-down and not grassroots. It is always a handful of unaccountable and deeply ideological elite who decide the fate of a system. The majority are usually helplessly seething or dangerously counter-revolutionary. The second one has yet to occur in the United States. But even for a counter-revolution, there needs to be leadership, the type that is sorely lacking among conservatives.

Now consider what is happening in California and observe the similarities. Many people ostensibly find it idiotic that anyone would consider George Washington and Abraham Lincoln to be racist. The country, in its modern avatar, wouldn’t exist without the two of them. But the historical methodology that one cannot judge historical figures from the vantage point of a presentist moralism, or that systemic racism as a concept, is at best debatable and at worst fatally divisive. There seems to be no concern over the fact that the people who are opposed to these revolutionary changes do not have anyone in a leadership position who can take the fight back to these two-penny totalitarians. Passive harrumphing is the norm.

Meanwhile, board members, as well as self-loathing citizens, come up with justifications for this historic erasure. “It’s a message to our families, our students, and our community”, board member Mark Sanchez was quoted, “it’s not just symbolic. It’s a moral message.” It is, of course, purely symbolic. Changing Lincoln’s name doesn’t improve the performance of Native Americans. Erasing Washington’s name will not change the fact that the country wouldn’t even exist without Washington. Point in fact, Brandee Marckmann, the parent of a third-grader at Sutro Elementary School, told the New York Times, “I think it’s a real sign that we live in such a racist country that we have so many of our schools named after people who committed atrocities against Black and Indigenous people. Keeping some of the names, like Lincoln, could be justified only when you center whiteness.” One can almost hear the vocal fry in those printed words.

Sporadic criticism was there. “It is morally indecent and deeply offensive to learn that this distorted narrative is being held up by the State of California as a model for teachers of Black studies,” said Clarence Jones, legal counsel and speechwriter for Dr. Martin Luther King Jr. The editorial of San Francisco Chronicle editorial board wrote that members of the Board of Education had “largely quit the education business and rebranded themselves as amateur historians.” But words are meaningless against actions, which are usually balanced by counter-force, petitions, organizing, street protests, and legislation. The formation of a multiethnic but patriotic leadership can lead a counter-revolutionary movement. Ultimately, the renaming of a school is just one of the thousand cuts that are often met with apathy, which is why the complete exsanguination goes unnoticed.

The broader question, however, is one that no one will ask. Why is it that the more a person despises the West, its history and its society, the more that person is inclined to live in the West and nowhere else? Why is the desire to live in the West and enjoy the benefits of a Western lifestyle directly proportional to the hatred of Western values? Consider that 12 percent of British soldiers died as did 17 percent of their officers, and 20 percent of the graduates of Eton served in the war, a proportion of sacrifice unthinkable among our modern elites. No civilization in history had a set of the elite so self-loathing and apathetic to patrimony as the ones in charge in the modern United States and the United Kingdom. As in every revolution, French, Russian, Chinese cultural revolution, the American racial politics has reached a point where every symbol of national unity and the national story is being deconstructed. When everything in the narrative is slated to be broken down, then there’s nothing tangible to hold on to. It’s not just about renaming or toppling Confederate monuments. It’s about the escape velocity of a force in a nation that will eventually find it hard to survive because it is teaching its children to hate the origin story of the land they have inherited. This is especially true for the United States, which is a multi-ethnic nation-empire with citizens that hail from every race and religious background united only as a creed. The moment that tribal grievance is elevated over the unifying creed and national story, will be the moment the origin story will be diluted and destroyed beyond repair. At that moment, the empire will fall just as the Austro-Hungarian empire fell and modern Yugoslavia fell. No country can survive such a thing unless the rot is reversed through force by a counter elite core. The formation of that counter elite and leadership should therefore be the task of conservatives.  Sumantra Maitra is a doctoral researcher at the University of Nottingham.