Will China Break the Western Sanctions Wall on Russia? 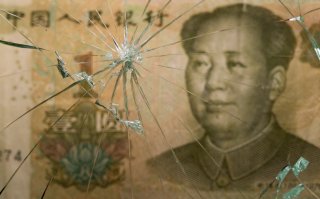 White House Press Secretary Jen Psaki said during a briefing on Thursday that the call is an “opportunity for President Biden to assess where President Xi stands” on Russia’s invasion of Ukraine. Psaki noted “the absence of denunciation by China of what Russia is doing,” stressing Washington’s “deep concerns” about any alignment between Beijing and Moscow. “…the fact that China has not denounced what Russia is doing, in and of itself, speaks volumes. And it also speaks volumes not only in Russia or in Ukraine, but around the world,” Psaki added.

Biden was expected to tell Xi that Beijing would pay a steep price for supporting Russia’s invasion of Ukraine. China’s readout of the conversation made no mention of any such contentious topics, instead stressing that “conflict and confrontation are not in anyone’s interest” and proclaiming the need for both sides to “work for world peace and tranquility.”

Secretary of State Antony Blinken warned on Thursday that “China will bear responsibility for any actions it takes to support Russia’s aggression.” These “consequences” have not been publicly spelled out but are widely thought to entail secondary sanctions against Chinese firms doing business in Russia.

China has not joined the West in condemning Russia’s invasion of Ukraine—rather, Beijing’s rhetoric has focused on urging both sides to reach a negotiated settlement as swiftly as possible. Beijing has explicitly rejected the West’s framing of the invasion as unjustified and unprovoked, instead blaming NATO for pushing relations between Russia and Ukraine to a “breaking point.” During a recent press conference, Chinese Foreign Ministry spokesman Zhao Lijian cited George Kennan’s famous assessment that “expanding NATO would be the most fateful error of American policy in the post cold-war era.” The U.S. government, said Zhao Lijian, “turned a deaf ear to this, and was bent on advancing NATO’s eastward expansion, for five times already. The US’ decision on NATO’s eastward expansion is directly linked to the Ukraine crisis now.”

The top Chinese official argued that responsibility for the crisis lies not with Russia, but with the West. “The key to solving the Ukraine crisis is in the hands of the US and NATO,” he said. “We hope the US and NATO, the culprits of the crisis, can reflect upon their roles in the Ukraine crisis. They should earnestly shoulder due responsibilities and take real actions to ease the situation, resolve the problem and end the conflict in Ukraine at an early date.”

Zhao Lijian reiterated during a Friday briefing that Beijing will not tolerate “pressure” from Washington over Ukraine. “The United States is trying to slander China and put pressure on us, which is extremely irresponsible and will in no way help resolve the issue. We are against it and we simply cannot accept the US position,” he said, according to Russian state news outlet TASS. Zhao Lijian characterized the Chinese stance on the Ukraine conflict as “objective and fair,” adding that it is guided by China’s “own independent judgements.”

It remains to be seen to what degree the Kremlin can successfully mitigate the economic effects of sweeping Western sanctions through its deepening ties with China, but one thing is clear: Beijing has shown no interest in scaling back its booming trade and investment relationship with Russia. China signed a thirty-year oil and gas deal package with Russia in February worth $117.5 billion; it was revealed earlier in March that state-aligned Chinese actors are considering buying stakes in Russian energy and commodities companies. Chinese retail investors, both large and small, have responded to the Western sanctions regime not by joining it, but by gobbling up shares in a wide range of Russian market assets.

“Some Chinese investors believe that Russia now has no one else to turn to but China,” Hao Hong, managing director and head of research at BOCOM International, told CNN. “China needs commodities and Russia may have to sell it cheap,” Hong said. “One ancient Chinese idiom is that when two clams fight, the fisherman stands to benefit.”

Almost entirely insulated from the war’s immediate humanitarian, military, and territorial implications, Beijing appears to be exploiting the Ukraine crisis as a wedge issue in an effort to recalibrate the foundations of the post-Cold War international financial system.

The Wall Street Journal reported earlier this week that Saudi Arabia is considering accepting yuan instead of dollars for Chinese oil sales. This could pose the greatest blow to the petrodollar in recent memory, potentially spelling the end of three decades of U.S. financial hegemony and undermining one of the most consistent sources of long-term U.S. wealth.

China’s brazen flouting of sanctions reveals one of the underlying dangers of the Western maximum-pressure campaign against Moscow. Washington’s unprecedented sanctions regime—and its cavalier threats to punish governments seen to be assisting Russia—could catalyze the partial division of the world into two economic blocs, a development that would ultimately serve to weaken the West whilst emboldening its rivals.