Will China Stay Quiet on Ukraine? 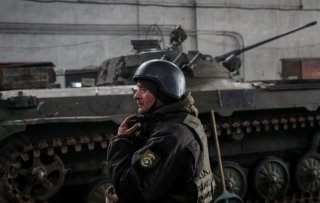 Russian president Vladimir Putin’s “unprovoked” and unconscionable invasion of Ukraine (the so-called “special military operation”) has underscored the deeply problematic aspects of international politics today. The war on Ukraine has once again exposed the utter ineffectualness of global mechanisms like the United Nations (UN), where Russia could forward its own warmongering by simply employing its own vote. Of course, the abstentions by China, India, and the United Arab Emirates conveyed that even war-guaranteed death and destruction are not enough to unite the world. Even as Western leaders are horrified and have now imposed more sanctions on Russia, targeting banks, oil refineries, and military exports, the West’s delayed and inept response appears rhetorical, reeking of self-interest against collective good.

Not that the Asian powers have fared well either: China and India are conspicuously silent, though Japan has joined the West in sanctioning Russia. India’s neutrality or emphasis on “restraint on all sides” and “constructive diplomacy” is primarily driven by its traditional ties with Russia. China’s “chilling” silence, on the other hand, adumbrates President Xi Jinping’s long-drawn strategic maneuver in his hegemonic power play against the United States, as also his ambitions for an enhanced presence in Eurasia.

Naturally, there’s more to China’s statements than meets the eye. But is Beijing’s silence at the UN merely a tactical move, or part of a strategic agenda of suppressing dissent in its backyard while projecting an image of being a responsible major power? Will the backlash against Russia work to China’s favor with the European Union (EU)? Will the weak U.S. response in Ukraine benefit China in Taiwan, where the United States decidedly has more at stake? Does the crisis affect Xi’s personality-driven political agenda?

Advancing Its Ambition in Europe

Days after the Russian invasion, China’s permanent representative to the UN, Zhang Jun, made a statement reiterating China’s neutrality, emphasizing restraint, employing diplomacy by  supporting both the “European side and Russia in conducting equal-footed dialogue on European security issues, and upholding the principle of indivisible security.” China’s skirting of the current concerns about Ukraine by linking the conflict to the broader issue of European security mechanism highlights Xi’s long game in Europe and China’s own neighborhood in Asia.

At the Munich Security Conference 2022, Chinese foreign minister Wang Yi, while not overtly supporting Russia, emphasized the need to respect Russia’s “reasonable security concerns” and safeguard “sovereignty, independence, and territorial integrity of any country,” including Ukraine. Beijing also does not support the U.S.-led “illegal unilateral” sanctions, and has called the latter’s behavior “irresponsible and immoral.” On the other hand, Beijing has been somewhat sympathetic to the EU, mainly France and Germany. Yi stated that the situation is “contrary to Europe’s interests” and highlights Europe’s “diplomatic mediation” efforts. China’s strategic long-term agenda in Europe is illustrated through its repeated support for “European integrity and its strategic autonomy” and reiterated commitment to China-EU comprehensive partnership. As Yi stated, China wants the EU to move beyond its “partner, competitor, and rival characterization of China.”

Beijing aims to systematically advance its strategic presence in Eurasia, particularly in Europe. So China is not inclined to sacrifice its ties with Ukraine completely, not just because the latter is a major trading partner with a turnover of $15.4 billion in 2020, but also in deference to the mainstream European countries who are sympathetic toward Ukraine. Hence, it has chosen a rather innovative path to cover its overt, tactical silence on Russia’s invasion by speaking out on connected broader issues of European security and also reiterating its long-standing opposition to the North Atlantic Treaty Organization (NATO)—a Cold War relic which needs to “adapt to changing circumstances”—and NATO’s “expansion eastward.” China will use Russia’s isolation to its benefit by bolstering its already close ties with Russia and projecting itself as a credible economic and strategic partner for Europe (including in the Arctic, where it is increasingly seeking security-focused relevance). All of Beijing’s statements—where its messaging has been above board referencing multilateralism, unity, and maintaining peace and security in line with the UN Charter—are directed toward achieving Xi’s foreign policy agenda for the “new era.”

During the Russian annexation of Crimea in 2014, too, Beijing had neither endorsed nor condemned Russian behavior. Then, as now, China’s stand has indeed been consistent: it does not support Russian tactics (neither Crimea’s referendum nor its current recognition of secessionist regimes in the eastern Ukrainian provinces of Donetsk and Luhansk). This lack of support is mainly because secession and self-determination are taboo topics for China, as Beijing is contending with its own crises in Tibet and Taiwan. At the same time, Beijing implicitly supports Moscow’s position to an extent, drawing from its understanding with Russia on territorial sovereignty (where Russia supports China’s position on Taiwan and the “One China Policy”).

Another consistency is China’s opposition to sanctions against Russia, which in 2014 resulted in an upswing in the Russia-China relationship. After the West sanctioned Russia, China deepened its economic ties with Moscow, signing energy pacts such as the $400 billion Power of Siberia deal. In 2021, bilateral trade between the two neighbors hit a record-breaking high of $147 billion, with oil accounting for most of Russia’s exports to China. The two nations hope to reach $200 billion in bilateral exchanges by 2024, and Russia’s invasion of Ukraine this week leading to Western sanctions will only push China and Russia closer together, especially economically. Already, a lot of Russia’s trade is being diverted to China.

The Hegemonic Game Is on

In early February, the same month as Russia’s “premeditated” invasion of Ukraine, China and Russia held a summit where they underscored mutual support for “upholding sovereignty, security and development interests, effectively counter[ing] external interference and threats to regional security,” and outlined their common position on “democracy, development, security and order.” Their official briefings and joint statement were categorical in describing their alliance as “friendship” with “no forbidden areas,” proclaiming a “redistribution of power in the world.” This ambitious bonhomie that attempts to redefine democracy signals an outright challenge to the existing U.S.-led global order and their intent to build a new order led by authoritarian states. In other words, Xi’s rapport with Putin must be viewed in the larger ambit of undermining the U.S.-centric international order, building on their shared interests to redistribute regional—if not global—power.

Strategically, a crisis in Europe with Russia at the helm potentially suits China. Amidst a growing Western focus on Taiwan, the crisis in Ukraine allows redirection of global focus, allowing China greater leeway to plan its own unification ambitions. Taiwanese president Tsai Ing-wen has anticipated this threat, reflected in her call to the Taiwanese military to be alert and “combat ready.” Herein, China’s “caution” on commenting on Ukraine is also drawn from its own potential plans to use “force” to achieve desired results vis-à-vis the Taiwan question. Such restraint reflects China’s insistence that the Western powers acknowledge Russia’s “legitimate interests” in regards to the 2015 Minsk agreement, which gives Moscow ample room to maintain its influence in eastern Ukraine.

Further, Beijing has dismissed comparisons between Taiwan and Ukraine, stating that it reflects a “lack of knowledge of the history of the Taiwan question” and reiterating that “Ukraine for sure is not Taiwan,” which is “an inalienable part of China’s territory.” Chinese Foreign Ministry spokesperson Hua Chunying delineated the U.S. historical commitment not to pursue a policy of “two Chinas” or “one China, one Taiwan” by gradually reducing the arms sales to Taiwan, and highlighted the “realistic threat from the US flanked by its several allies as they wantonly and grossly meddle in China’s domestic affairs and undermine China’s sovereignty and security on issues including Xinjiang, Hong Kong and Taiwan.” In this context, Beijing’s strategy on Taiwan (and to an extent in the South China Sea), where it needs Moscow’s support, is tied to its abstention in the United Nations Security Council (UNSC). Russia reaffirmed its support for “One-China” in February 2022, discrediting Taiwan’s aspirations of independence.

Thus, China is hoping that its ambiguous stance on the Ukraine crisis will sideline the United States, challenge U.S. global hegemony by testing the resilience of the existing rules-based order, and cast doubt on the United States’ viability as a security provider in the Indo-Pacific. Moreover, using Russia to counter the United States’ challenge while tapping into Russian energy and defense technology power will ultimately only further Chinese realpolitik.

Even as China supports Russia in sabotaging the Western democratic model, Moscow’s intemperance in Ukraine makes it difficult for Beijing to continue its current approach. As Xi prepares for a third term in 2022—a crucial year of political transition and power continuum—his response to Putin’s aggression carries more weight. Therefore, China is cautiously watching the Western response to this emergency and is likely prepared to adjust its stance if the situation escalates, which would create vulnerabilities that Beijing will want to avoid.