Will the Delta Variant Stall the U.S. Economy? 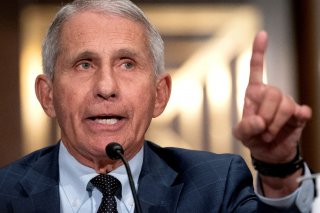 After the economic setbacks of 2020, people naturally look with fear at the recent rise in Delta variant COVID-19 infections.  These people may worry about their health, but mostly they fear that officials will overreact and once again threaten their livelihoods.  The economy’s fate then, as with so much in economics, depends.  It depends on the future trajectory of new infections, but mostly it depends on how prone officials are to panic in state capitals and in Washington.  It is conceivable that even with continued progress inoculating the population, things could get so bad that the country would again turn to lockdowns and quarantines, but the flow of data to date suggests otherwise.

According to the Center for Disease Control and Prevention (CDC), the nation has administered 346 million vaccinations, and 165 million Americans,  about half the population, are fully vaccinated.  That might have offered confidence about the nation’s ability to leave this scourge behind, but three developments have engendered renewed fears.  The first is the recent and sudden rise in infections associated with the Delta variant.  The second is news that some fully vaccinated people have contracted COVID-19, the so-called “breakthrough” cases. The third is news that vaccinated people can infect others.  Though all this is disturbing on the surface, it is far less frightening when put in context and far from reason to return to the severe strictures of spring 2020.

The rise in infections is certainly striking. Nationwide, they have jumped 480 percent since last June to 66,606 a day.  A simple extrapolation of that kind of growth begins to look like the Black Death, but it is worth keeping in mind that the recent figure is still well down from over 250,000 infections a day last January and amounts to .02 percent of the population, far fewer than get the seasonal flu each year, which according to the CDC infects up to 45 million a season and kills on average 60,000, a death rate—not an infection rate—of .02 percent. Today’s fear clearly is less about present reality than it is anticipatory.

Neither should it surprise that some inoculated people have contracted the disease, nor should it erode confidence in the vaccines. No one ever pretended that inoculations could offer absolute protection.  Besides, the numbers are smaller than the likelihoods announced with the rollouts of the vaccines. The CDC records some 6,587 of these so-called “breakthrough” cases.  Almost one in five of them was asymptomatic. Some seventy-four percent of them occurred in people over the age of sixty-five, suggesting that the vast majority of “breakthroughs” occurred where some immune weakness exists, if only from the normal aging process.  Even including the cases among older people, “breakthroughs” to date constitute only .004 percent of the vaccinated population. The CDC further reports that some 1,263 of these “breakthrough” cases resulted in death.  That is .0007 percent of the vaccinated population. The death rate from the seasonal flu is almost thirty times this figure.

The news that the vaccinated can carry the disease if they become infected comes out of a study from Massachusetts. It seems that an examination of “breakthrough” cases made in Provincetown at the tip of Cape Cod shows that those few of the vaccinated who contract the virus carry as much of it as unvaccinated people when they are contaminated. The suggestion is that without safeguards these vaccinated people could transmit the disease to the general population.  Such news might justify a requirement that even the vaccinated wear masks indoors, but it cannot in any reasonable way justify the sorts of measures that might stall the economy. Even a concern for children, for whom there is no vaccine, cannot justify a lockdown when the data suggest that this particular danger of infection would come from less than one vaccinated adult in 200.

It would seem, then, that the best response to this situation, aside perhaps from greater use of masks, is to continue efforts to vaccinate as many Americans as possible. Though the rise in new infections is troubling, it would need to go a lot further than it has before it could reasonably warrant any measures to rein an economy that is otherwise making excellent (and gratifying) progress coming back from the effects of last year’s COVID-19 restrictions. Provided, then, there is no failure of nerve in Washington or in state capitals or no political need to sow panic, the recovery will likely continue despite the ability of the Delta variant to move quickly from one person to another, including a very small part of the vaccinated population.

Milton Ezrati is a contributing editor at The National Interest, an affiliate of the Center for the Study of Human Capital at the University at Buffalo (SUNY), and chief economist for Vested, the New York-based communications firm.  His latest book is Thirty Tomorrows: The Next Three Decades of Globalization, Demographics, and How We Will Live.