Will Greece Unravel the European Experiment? 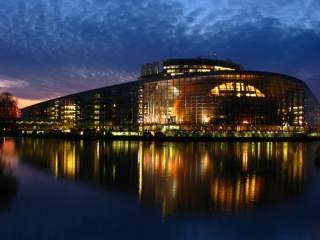 In 2009, the Lisbon Treaty was supposed to create a new Weltmacht, a strong European Union with a president and foreign minister. Finally, the Europeans had the answer for Henry Kissinger, who sarcastically asked for Europe’s phone number. But it’s obvious that whoever answers the phone today doesn’t represent Greece.

The Greek elections, in which the radical left-wing Syriza won a near majority, shattered the Brussels consensus. The new coalition government insists that austerity must end and foreign debts must be renegotiated. Prime Minister Alexis Tsipras said that he wants Greece to stay in the Eurozone as well as the EU. But a breakdown of the European bailout program might make a Greek exit from the Euro (“Grexit”) the only feasible option. And the popular revolt against outsiders dictating economic policy creates a huge new roadblock to attempts to expand Brussels’ power over EU members.

Europe remains the world’s most important economic unit. Home to most of the significant colonial powers, the continent enjoys globe-spanning historical and cultural ties. Only after the mid-twentieth century was Europe displaced from military preeminence. In 1992, German chancellor Helmut Kohl predicted the “creation of what the founding fathers of modern Europe dreamed of after the war, the United States of Europe.”

However, the EU failed to live up to the grand hopes of the Eurocrats, the academic, bureaucratic, business, media and political elites who dominate continental politics and policy. Europe remains a geographic conglomeration, not a political unit.

Most dramatically, Dutch and French voters rejected the proposed constitution to expand Brussels’ authority and reduce national independence a decade ago. The Eurocrats then repackaged the convoluted constitution as an incomprehensible treaty, which could be approved by national parliaments. Only in Ireland was a popular vote required. The Irish voted no, but the EU insisted that Dublin hold another referendum, which achieved the desired result.

More power shifted to Brussels. However, multiplying bureaucracy stifled action, and the Eurocrats chose two utterly forgettable figures as president and foreign minister. Loyalty to the EU failed to extend beyond the organization’s sprawling headquarters-buildings in Brussels. Europe’s chattering classes wanted “more Europe,” but had no way to get it.

Then the Euro crisis exploded. The Eurozone created a common currency and monetary policy, managed by the European Central Bank. Only nineteen of twenty-eight EU members today belong, but in theory, all are supposed to eventually join. The common currency offered great convenience, but even the Euro’s architects recognized the inherent instability of creating a monetary union without a common budget. Relatively efficient northern European countries joined with congenitally improvident Mediterranean states. The latter no longer could maintain competitiveness through currency devaluation.

Greece lied about meeting the Euro’s standards, but the Eurozone’s other members didn’t care. Once in, Athens borrowed at essentially German interest rates and spent wildly. Not on anything that could credibly be called an “investment,” however. Instead, the Greeks preferred to keep their system of relaxed, but corrupt, inefficiency. Debilitating work rules, privileged economic cartels, bloated public payrolls, profiteering political influences and enervating cultural practices ensured that the country would never grow like its northern neighbors. Soon the loan bills came due and Athens couldn’t pay, which triggered a cascade of crises and bailouts.

Although nominally concerned about Greece—and other aid recipients, such as Cyprus, Ireland, Portugal and Spain—many Eurocrats had a larger purpose in mind. Said German chancellor Angela Merkel: “We must overcome the architectural flaws that worked their way into the economic and monetary union during its formation.” Euroelites used the crisis to bludgeon the European public to accept further continental consolidation.

Chancellor Merkel and former French president Nicolas Sarkozy disagreed over the details, but both pushed for Brussels to oversee budgets of individual governments. Said Merkel: “We have a common currency, but no common political and economic union. And this is exactly what we must change. To achieve this—therein lies the opportunity of the crisis.”

The opportunity of the crisis.

Which helps explain European leaders’ insistence that no country, no matter how badly indebted, should leave the Eurozone. Whatever the problem, said then-European Council president Herman Van Rompuy, “we’ll do more.” And “doing more” always meant lending more, which is why Greece currently carries a debt-to-GDP ratio of 175 percent, greater than any nation other than far-wealthier Japan.

The price of the EU “doing more” was austerity. Greek economic policies were spelled out in a “memorandum” enforced by the “Troika,” representatives of the International Monetary Fund, European Commission and European Central Bank. Although the Greek economy has started growing again, it shrank a quarter since 2008 and unemployment still hovers at 26 percent. That explains why Greeks voted for Syriza, which offered dreamy promises of more spending and jobs along with angry demands for debt relief.

The Eurocrats imagined that Tsipras would do what so many previous radicals had done—accept the status quo in return for being praised for having “grown” and “matured.” So far, he and his party have given no indication of retreating, however.

For one thing, Tsipras appears to be a true believer who only dropped discussion of Grexit in deference to voters who wanted to remain. He obviously is no fan of a German-dominated EU. His first official act was to lay roses at a memorial for communist members of the Greek resistance executed by the Nazis. His coalition partner—and defense minister Panos Kammenos, head of the Independent Greeks, or ANEL—already had complained about Europe being run by “German neo-Nazis.”

A retreat would disillusion Syriza’s supporters, who voted for nonviolent revolution against a corrupt, failed establishment. Tsipras also would risk his government—Syriza is a coalition of leftist parties. Moreover, Syriza and ANEL, a political spin-off on the right, agree only on opposition to the austerity-based bailout. Finally, talking compromise would dissipate Athens’ leverage before beginning talks.

So far, the government is hanging tough. At the first cabinet meeting, Tsipras said: “We are not going to continue the politics of subjugation.” The government announced plans to increase spending, add public employees and halt privatizations. Deputy Prime Minister Giannis Dragasakis announced that the bailout agreement “is over for us.” Finance Minister Yanis Varoufakis said there would be no discussions with the Troika about a program “which we consider to have an anti-European spirit.”

Crisis could come quickly. The existing bailout program ends in a month, and Varoufakis said Athens would not request an extension. Without a replacement, the Troika probably will not disburse the final $8 billion, and Greek banks will lose access to the European Central Bank. Borrowing would become difficult, at least at affordable rates. Tax collections have plummeted in anticipation of a more lenient Syriza government. Roughly $8 billion in bond repayments are due through August, and the budget is expected to be in the red even before any new spending. A perfect financial storm is brewing. Grexit might look attractive to Athens.

Of course, this prospect horrifies the Eurocrats. There are financial risks—less than in years past, but still real, especially if Euro membership no longer is seen as immutable. Moreover, the European Project always has moved ever upward and onward. It never stopped, let alone retreated. A worried Chancellor Angela Merkel commented: “If the Euro fails it’s not just the currency that fails, but Europe and the idea of European unification.”

Yet if European leaders blink in their game of financial chicken with the Tsipras government, the risks may be even greater. So far, they have firmly rejected Athens’ demands. Said the chancellor after the election: “I do not envisage fresh debt cancellations.” Offering concessions would destroy their credibility. If the Troika proves willing to deal, other governments will demand similar concessions. In fact, even before his victory, Tsipras visited fellow indebted countries to promote an alliance against Berlin and austerity.

Cyprus and Portugal have suffered greatly under European bailout programs. So has Spain, where the left-wing Podemos party, created only last year, is running 20 percent in the polls. The party’s deputy leader Inigo Errejon lauded Greece for rejecting “the subjugation of Merkel.” In Italy, the left-wing government, opposition (independent) Five Star Movement and opposition (right-wing) Northern League all welcomed Syriza’s victory. Ireland’s Prime Minister Enda Kenny won an election four years ago calling for debt renegotiation, only to retreat. He would have extra incentive to challenge the EU now.

Indeed, EU concessions in the face of Syriza’s victory would encourage voters in every troubled state to replace “responsible” officials with radicals demanding debt relief. For this reason, Madrid has insisted that there could be no reduction in conditions, which would undercut the existing government and boost Podemos.

If borrower resistance grows, creditors would find it to be ever more difficult to assert control over borrowers’ economic policies. Tsipras promised no more “kowtowing” to lenders. Other states likely would follow. So much for taking advantage of the “opportunity” to promote greater European authority. If the nineteen-member Eurozone is to survive, it might be impossible to fix the “architectural flaws” of which the German chancellor spoke.