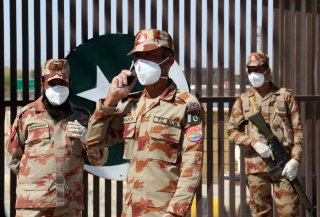 On the first day of his administration, President Joe Biden signed executive orders to return the United States to the Paris Climate Accord and to rejoin the World Health Organization. Whereas President Donald Trump believed the key to achieving his “Make America Great Again” goals was to set America in opposition to international organizations, Biden seeks to embrace them. The reality, however, is that both Trump and Biden had points. Many international organizations are corrupt. The UN Human Rights Commission, for example, has become a parody of its mission as countries like Cuba, Venezuela, and China deign to pass judgment on democracies about human rights, even as they fill their prisons with political dissidents, starve their population, or commit genocide against a Muslim minority. The International Criminal Court’s refusal to investigate China’s atrocities against their Uighur minority undercuts that body’s moral authority. Nor can the World Health Organization ever regain its moral standing if it does not address the implications of its failures in the early days of the coronavirus pandemic.

For Biden, those issues might be past embarrassments that occurred on Donald Trump’s watch rather than his own. Within weeks, however, he will have to face a test of faith in multilateral organizations and structures when the Financial Action Task Force (FATF) meets to address Pakistan’s continued terror problem.

Founded in 1989, the FATF is the international community’s chief multilateral apparatus to combat money laundering and terror finance. It meets regularly to assess each country’s culpability and efforts to address outstanding problems.

Pakistan has long exasperated FATF technocrats. The country’s Inter-Services Intelligence agency works fist-in-glove with myriad terrorist groups. Rather than blacklist Pakistan, however, the FATF has repeatedly kept Pakistan on its gray list offering it just a little more time in the hope that Pakistani officials might both show they take countering terror finance seriously and that Pakistani civilian leader have the ability to rein in the country’s security apparatus. In July 2019, the Pakistani Senate passed two reforms demanded by the FATF, but Pakistani authorities then sought to utilize this symbolic action to shield themselves from demands for a more substantive crackdown on terror support. More recently, Pakistani authorities have sought to utilize their growing diplomatic embrace with China in order to protect themselves from FATF blacklisting. While Pakistani nationalists might prickle at Western criticism of Pakistan’s terror problem, they should be increasingly wary that Prime Minister Imran Khan finds it easier to sell out his country’s sovereignty to China than to make basic reforms demanded by the FATF to remain off the blacklist.

After getting the most recent FATF extension in October 2020, Pakistan again took symbolic action to address some concerns, while leaving others unaddressed. An anti-terrorism court sentenced Hafiz Saeed, one of those involved in the Mumbai attack, to ten years in prison for two terror-financing cases. A court also sentenced two close aides, Zafar Iqbal and Yahya Mujahid, to ten and a half years each and Saeed’s brother-in-law Abdul Rehman Makki to six months imprisonment.

As the FATF again prepares to meet in February 2021 to assess Pakistani progress, Khan’s government now goes down the rabbit hole of conspiracy. It has produced a dossier alleging that India is the true state-sponsor of terrorism and that most U.S.- and UN-designated terror groups operating inside Pakistan. Pakistan is not responsible for money laundering or terror finance, but rather it is a victim of a nefarious New Delhi plot. This is farcical on its face and an insult to the United States and two dozen other countries whose citizens injured or murdered in the 2008 Mumbai attacks. It is the equivalent of the 9/11 “truther” conspiracy theories, only with state sponsorship. It is also a sign of the disdain that Khan and the Inter-Service Intelligence have in the intelligence of Pakistani society that they believe such falsehoods would have resonance. Pakistani press might be constrained, but Pakistan is not North Korea; it is not possible to isolate the country from the outside world.

Pakistanis have suffered greatly at the hands of Islamist militants. This, however, is not a sign of external conspiracy as Islamabad now alleges, but rather evidence that the FATF cannot afford to give any more free passes. Indeed, without exception, countries often suffer blowback when they cultivate jihadist groups as tools against external enemies. Saudi Arabia spent decades financing radicalism only to find such terror utilized against the Kingdom. Late Syrian President Hafez al-Assad and his son and successor Bashar set the stage for the past decade’s bloody civil war when they cultivated and encouraged Sunni radical groups on the condition they operate externally only. Alas, terrorists often turn on allies of convenience whom, for reasons of religious exegesis, they despise. Turkey, too, suffered a spate of Islamic State bombings after its intelligence services helped facilitate the group’s activities against both Syria and Iraq. That Pakistanis suffer at the hands of Tehrik-i-Taliban Pakistan and other groups is less a sign that these groups are the tip of an Indian or American conspiracy and more the natural result of the Pakistani government’s long indulgence of political Islamism at the expense of the fabric of Pakistan’s own society. The Pakistani military may have believed it could encourage radical Islamism to patch together divergent ethnic identities after the loss of Bangladesh, but it simply traded one problem for another.

The United States continues to consider Pakistan a “major non-NATO ally,” a status bestowed upon only seventeen countries that facilitates military trade and cooperation. In reality, however, Pakistan has acted as anything but. It may now be close to a decade since U.S. Navy SEALs killed Al Qaeda leader Osama bin Laden in a protected Pakistani compound, but Pakistani betrayal of its counterterror responsibilities have continued unabated. Pakistani glee at the forthcoming U.S. withdrawal from Afghanistan in the face of Taliban insurgency underscores how insincere Islamabad remains.

It is against this backdrop that Biden must now confront the Pakistan test. With China’s backing, Pakistan seeks to appease the FATF with the bare minimum, but FATF recommendations are not an à la carte menu from which to pick and choose. Pakistan’s promotion of a conspiracy theory blaming its terror problem on India beggars belief and shows the lack of seriousness which pervades Islamabad. Biden talks like an internationalist, but at stake is not only accountability for Pakistan’s terror complacency, but also the legitimacy of the FATF itself. Put another way, Biden may talk like an internationalist, but should Pakistan again avoid FATF blacklisting without actually addressing its core problems will determine whether the FATF can continue to be a credible body. China rescued Pakistan in October 2020, but Biden should not allow it to do so again. Should that happen, then Biden will signal that America’s re-embrace of multilateralism has less to do with enhancing international security and rule-of-law, and more to do with shirking responsibility and glossing over the decline of international security.