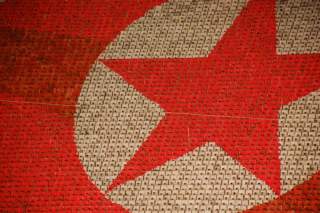 Over the next two years, the tenuous status quo on the Korean Peninsula, never far from chaos, will be acutely challenged by the convergence of democratic transitions in the United States and South Korea, coupled with the imminence of North Korea’s deployment of nuclear-tipped missiles. How an emboldened Kim Jong-un exploits these near-term trends could plunge the Korean Peninsula into war or push it to the precipice of peace.

At present, a rising sense of crisis is supplanting a policy of strategic patience in Washington and Seoul. A Council on Foreign Relations Task Force report warns that the next U.S. administration cannot afford to put North Korea on the back burner, and it calls for sharper pressure mixed with renewed diplomacy. Another assessment, even more keen on diplomatic engagement with Pyongyang, is about to emerge from a triumvirate of research institutions, including Stanford University’s Hoover Institution. Additional voices are urging Seoul and Washington to initiate new talks with North Korea.

Yet, at the moment when calls for opening diplomatic channels with North Korea abound, South Korean policy circles seem filled with foreboding and stern resignation. At least based on meetings I engaged in with officials and leading scholars this past week in Seoul, the main attitude is the need to remain steadfast with this current phase of pressure and sanctions, a phase that started in response to North Korea’s fourth nuclear test in January. Pressure on Pyongyang is not unusual, but there has been loose talk of preempting North Korea. South Korean defense minister Han Min-koo testified recently that Seoul could unleash a special unit to assassinate the North Korean dictator should Seoul feel under immediate threat of attack.

Sensing outside division and always in fear of a loss of internal control, Kim’s regime has threatened to wipe Seoul and the U.S. territory of Guam off the map. North Korea could well conduct a sixth nuclear test (the third this year) before the U.S. election. But even more worrisome are North Korea’s potential probes, missteps and miscalculations that might arise over the next couple of years during this confluence of democratic transition and nuclear deployment that together create a dangerous Korean vortex.

This essay seeks to disentangle this swirling mass of political and nuclear issues, describe the mostly unsavory economic, diplomatic and military policy options facing decisionmakers, and offer strategic guidance for the incoming U.S. administration. How resolutely and wisely decisionmakers in Washington and Seoul deal with this phase of potential upheaval will also determine the future of the alliance and go a long way to shaping America’s strategic influence in Northeast Asia.

President Barack Obama is counting down his final days in office, hoping to prevent any bad precedents from being set—such as conflict or nuclear deployments in North Korea—during the short duration of his tenure. After that, however, it will take six to nine months for a new administration to fully install most of its senior political appointees. Thus, for the next year, America’s untidy democratic transition process will create a window of opportunity for North Korea to act up.

September 2017 is also just about the time when South Korea’s election choices will clarify. The next Korean administration after President Park Geun-hye’s ends in early 2018, may well be a more progressive government. Hence, the United States may have to switch from working with an ally focused on zero tolerance for provocation to an ally more intent on a “sunshine policy” of diplomatic and economic engagement.

UN Secretary General Ban Ki-moon is likely to seek the nomination of the ruling conservative Saenuri Party. Ban is known for being even-tempered and is likely to be more focused on multilateral diplomacy than is President Park. Or course, in part because of Ban’s less muscular approach to security, there is bound to be a competitive contest within the conservative party.

The notion of diplomatic outreach to Pyongyang will figure even larger in the policy pronouncements of the two major opposition parties. Both the liberal Minjoo Party of Korea, which overtook the Saenuri Party with the most seats in the National Assembly this past spring, and the centrist People’s Party are likely to call for elevating diplomacy over ever-tighter sanctions. The December 2017 election in South Korea and the March 2018 inauguration of the next leader in the Blue House will almost certainly bring forth a new plan for dealing with Pyongyang. Thus, the current, precarious phase of political transitions will carry through the early months of President Park’s successor, roughly two years from now.

The rest of Northeast Asia will not stand idly by waiting for democracies to achieve maximum operational capacity. President Xi Jinping’s Nineteenth Party Congress in late 2017 will provide an indicator of how much nationalist-led assertiveness may be expected during the second half of Xi’s decade-long tenure atop the Chinese Communist Party. This matters because China will not be left out of major decisions regarding North Korea’s future, and seeking China’s cooperation will be even more complicated if tensions rise in the South China Sea or across the Taiwan Strait. For instance, further steps by Beijing to militarize the South China Sea will meet stiff resistance from a new U.S. administration, which in turn will further erode China’s already ambivalent interest in working with the United States to curb North Korea’s nuclear appetite.

Meanwhile in Tokyo, Prime Minister Shinzo Abe is expected to follow through on his legacy of creating a stronger, more independent Japan. His quest to replace Japan’s postwar “peace” constitution—even if supported by Washington officials eager for Japan to be more of a provider of public security goods—will rankle relations with China and create yet another obstacle in the way of collaboration with Korea. Ironically, even while Japan is mostly worried about a rising China, the deployment of nuclear weapons by North Korea may be the catalyst Prime Minister Abe needs to achieve his goal of fully lifting Japan out of its post–World War II identity crisis and forging a reputation as a “normal” power. Japan’s deal making with President Vladimir Putin, likely to result in mostly a one-way flow of money to Russia, has been driven by Abe’s obsession with demonstrating Japan’s newfound independent line while at the same time separating Russia from China.

In the Republic of Korea (ROK), the North Korean question is a divisive domestic political football. That is why President Park began her one-term tenure with a balanced agenda focused on Northeast Asia: a stronger bilateral alliance with the United States, a broader and deeper set of relations with China, and a North Korea policy that included “trustpolitik” engagement enroute to realizing a “unification bonanza.” Her policies, while conservative, thus made an effort to reach out to more progressive elements of South Korean society.

But President Park has enunciated and continued a sharp reorientation of inter-Korean relations as a result of North Korea’s serial provocations this year, which thus far includes two nuclear tests and an unprecedented number of missile launches. She is focused on refining sanctions and deterrence, which with fifteen months left in her presidency could start to produce diminishing returns.

North Korea is poised for an October surprise and further provocations in the coming months. Kim Jong-il preempted a diplomatic opening with President Obama—the first president who ran on a campaign of wanting to open up dialogue with his North Korean counterpart—with a nuclear test in May 2009. His son, Kim Jong-un disregarded a missile- and nuclear-test moratorium struck on Leap Day of 2012. The two experiences tainted Obama’s own attitude about talking with the Kim family. In contrast, President Obama forged ahead with reducing sanctions on Iran, Cuba and Myanmar.

Kim Jong-un is likely to want to test the next U.S. president—particularly if Donald Trump wins, given that he is more of a mystery to Pyongyang. It was Trump who famously said that he would want to have a hamburger summit with Kim Jong-un. Furthermore, North Korea is certain to meddle in next year’s South Korean election. In addition to a variety of potential military provocations, Kim may want to take a page out of the Russian playbook and use cyber hacking to wreak havoc inside democratic South Korea’s election cycle.

These political transitions in the United States and South Korea provide ample reason to be on guard for North Korean provocations. But the fact that they are occurring at the same time when North Korea is inching ever closer to weaponizing nuclear missiles and deploying them, perhaps even on a road-mobile launcher, makes Kim’s likely brinkmanship even more potentially escalatory.

North Korea is on the cusp of deploying its first nuclear weapon. The deployment or perceived near deployment of long-range, nuclear-tipped missiles that could strike not just the ROK and Japan but also U.S. soil could be a game changer. As the political economist Nicholas Eberstadt has argued, North Korea could well embark upon a future crisis hoping that the United States and South Korea will be paralyzed for fear of igniting a regional nuclear war. The alliance, as a result, would effectively lose its clout overnight.