Will the New Taiwan Crisis Spiral Out of Control? 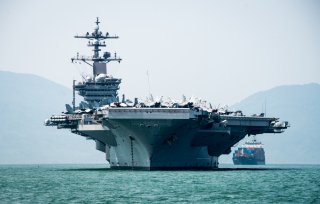 There’s no such thing as a winnable U.S.-China crisis over Taiwan. And yet we appear to have sleepwalked into a crisis anyway, pushed over the brink by House Speaker Nancy Pelosi’s decision to travel to Taipei and meet with Taiwan president Tsai Yingwen.

Pelosi’s trip was a wrongheaded move that, no matter how well-intentioned, failed to deliver meaningful benefits to Taiwan while providing Beijing with a pretext for sharp military and diplomatic escalations. As most experts predicted, Pelosi’s ill-advised trip has triggered a confrontation that poses serious risks to Taipei and Washington alike. China and the United States must now prepare to defuse the crisis triggered by the speaker’s visit to Taiwan.

For more than fifteen years, a university colleague and I have worked with former U.S. and Chinese officials, military officers, and specialists on how to manage a serious political-military crisis of the sort that we now face. Over the years, officials in Beijing and Washington alike have been briefed on the many lessons we have drawn from this undertaking. Unfortunately, thus far, it doesn’t look like many of them are being put to use at this perilous moment. Failing to do so risks propelling us from crisis to conflict.

The first principle of effective U.S.-China crisis management is to stop digging the hole by continuing open-ended, tit-for-tat saber rattling and develop a path toward a face-saving exit for both sides as soon as possible. This will be difficult, as Beijing and Washington view the stakes in Taiwan as sky high and thus place a premium on showing high levels of resolve without offering much in the way of credible assurances to one another.

Both nations are proud, self-righteous nuclear powers seemingly unmoved in their erroneous belief that the other side is the sole cause of any problems in their relationship, especially regarding Taiwan. As a result, it is possible—indeed likely—that the crisis will intensify considerably before either power fully recognizes the acute danger and hence the need to step back from the abyss. This precarious situation places a high premium on sending clear, unambiguous, and authoritative signals of a willingness to engage in what could be regarded as mutual concessions.

Unfortunately, our experience has shown that both sides are prone to misreading the signals sent by the other, for many reasons linked to historical experiences, images of oneself and the other side, and deeply held assumptions about motivation and intention. For example, actions and statements intended as a kind of olive branch or shift toward moderation can easily be misinterpreted as an escalation or preparation for conflict. We once ran a simulation involving the removal of an aircraft carrier from the scene of a crisis; while intended by the U.S. side as a positive gesture, the Chinese believed Washington was relocating the carrier to a safe distance before launching an air attack. The lesson is that a de-escalatory signal should always be accompanied by clear explanations—using unambiguous channels—of intent and motivation, as well as how the signal may contribute to defusing the crisis.

Years of crisis dialogue and simulations, and simple logic, also indicate that a face-saving exit requires some level of assurance that one's stance is to be believed. In the past, this kind of productive communication was made possible by interlocutors in Washington and Beijing who had worked together for years and—to some extent—trusted one another. Unfortunately, no such trusted interlocutors still exist, and years of hostile rhetoric and hypocritical behavior on both sides have compounded this problem.

Nonetheless, such a personal channel of communication should again be created, if at all possible, perhaps by employing previously trusted interlocutors such as former Treasury Secretary Hank Paulson and senior State Council official Dai Bingguo to advise their respective governments and convey important messages.

American officials hoping to de-escalate should also be mindful of China’s acute historical sensitivities. Beijing is keenly aware of minute historical details surrounding previous crises.  They’re inclined (incorrectly) to think that the other side is equally cognizant of such meanings. Employing a military asset, key diplomatic phrase, or other item associated with a past conflict—especially if that conflict resulted in a Chinese defeat or humiliation—may inadvertently be taken as a deliberate insult or slight, thus increasing China’s animosity.

Similarly, the United States shouldn’t assume the Chinese believe that the administration cannot prevent Taiwan from undertaking a highly provocative action. In most such cases, the Chinese view the White House as either the puppet master pulling the strings of an ally or partner or, at best, the manipulated dupe. Reliable communication channels can help prevent Beijing from drawing such dangerous conclusions.

Successfully managing the fourth Taiwan Strait crisis will require a willingness to concede that both sides have in various ways contributed to where we are today and that both sides thus need to contribute to finding a resolution. This is especially important for the Chinese side to recognize, as it often insists on apportioning blame and demanding that the other side “untie the knot” it has tied before any progress can be made in resolving the crisis. On the other side, the United States should be willing to employ language that saves China’s face while permitting a pragmatic resolution.

The best approach to take would have been not to create such a crisis at all. But this crisis need not be a catastrophe if it is handled with sensitivity and some skill.