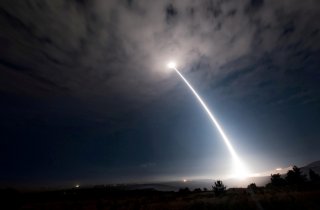 THE RUSSIAN invasion of Ukraine has brought home an unpalatable but clarifying truth: For all the expressions of moral outrage and the exhortations of militant rhetoric, the United States and its allies are not about to risk World War III by fighting to preserve Ukrainian independence. The West has shown itself willing to spend billions in military and humanitarian assistance, but ultimately the Ukrainians are on their own.

To everyone’s surprise, they are doing remarkably well indeed. But that could change. As we now know, Vladimir Putin is unpredictable, even irrational. He could choose to end the war with an exit ramp that allows him to declare “victory”—the most important buttress in the ramp being a guarantee by the West that Ukraine will never join NATO—or he could decide to double-down, committing yet more atrocities and war crimes, killing yet more civilians, unleashing devastation on yet more Ukrainian cities.

Putin has already been accused, even by the president of the United States, of waging a genocidal war. That isn’t true—no more than saying the United States waged a genocidal war in Vietnam. But if Putin were to bring more lethal force to bear in Ukraine, the situation may come close to the public’s perception of genocide, and the pressure to “do something” would grow. Would that change the West’s posture on the conflict? It is hard to see the White House deciding to intervene militarily, even if Russia’s war crimes mounted. It is even harder to see France and Germany agreeing to commit their troops and risk their civilian populations at home. Should Washington go it alone and raise the stakes militarily in response to a Russian escalation, Putin would have achieved one of his long-term goals: weakening NATO.

And what if, in desperation, he employed a tactical nuclear weapon? Based on several conversations I have had, that would be the final straw for many otherwise moderate people, and they would advocate for a military response in order to “punish” Putin. But it’s difficult to understand the rationale for this. Western intervention in protest against the use of a nuclear weapon in Ukraine could well bring about the use of many more nuclear weapons, and beyond Ukraine. Call this appeasement if you will, but moral outrage is a dangerous basis for foreign policy. The geopolitical principle for letting the Ukrainians fight on their own will not have changed even with the introduction of nuclear weapons or the total destruction of Kyiv. Nothing that happens inside Ukraine should cause us to “sleepwalk” into World War III.

Like it or not, Putin has drawn a red line around Ukraine, and he has offered historical, cultural, and religious reasons for his use of force. We don’t have to agree with those reasons (though how many of us are expert enough in the tangled history of Russia and Ukraine to provide knowledgeable responses?), but we have accepted his red line. We have even indicated our understanding that halfway measures like a no-fly zone would be a violation of that line.

However, Putin is not the only one who can draw red lines. If the West’s leaders and diplomats are doing their jobs, they have already communicated to him that the West has red lines of its own. Ukraine may be Putin’s playground, but the member-states of NATO are not, and any move against Poland or the Baltic states would result in a full-fledged and united response. Setting boundaries is a two-way street.

It’s true that red lines are not always the best way to conduct diplomacy. Misused, they can produce inflexibility and raise false hopes. But with dangerously ambiguous situations—like the status of Ukraine—they can bring clarification. Each side is given warning of just how far it can go. The West has to make clear that it will fight to preserve NATO against Russian military encroachment, even if it will not fight for the sake of Ukrainian independence. That is—or should be—our red line.

And if we still find ourselves engaged in World War III as the only way of safeguarding the NATO alliance, at least we will understand why we are fighting.

Barry Gewen is an editor at the New York Times Book Review and the author of The Inevitability of Tragedy: Henry Kissinger and His World.