Will the Syrian Civil War be America's Next Foreign Policy Failure 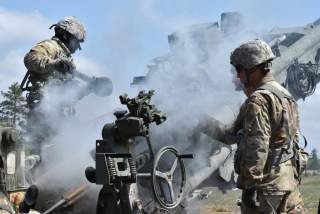 President Donald Trump is taking the United States into the ethnic-cleansing business. Admittedly, the operation is supposed to be voluntary, or at least non-violent. Washington and Ankara agreed that Kurdish forces in northern Syria should abandon their positions and move out of the city of Manbij. Not because they don’t belong there, but because Turkey doesn’t want them there. And the Erdogan government convinced Washington to act as enforcer.

Such is the result of the U.S. illegally occupying more than a quarter of Syria and threatening forces allied with the legal government in Damascus. Washington has no constitutional warrant to engage in flagrant aggression, especially when it serves no important let alone vital American interests. If Iran or Russia did the same—both are in Syria at the request of the legitimate authorities—Washington would vilify the offender before the United Nations Security Council and threaten military retaliation. But when the U.S. lawlessly intervenes for no good reason, American officials simply ignore international law.

Most shocking may be Washington’s flagrant mistreatment of Syrian Kurds, who were America’s strongest allies against the Islamic State. Only last fall the United States stood by as Iraq, Iran, and Turkey punished Kurdistan, an autonomous region of Iraq, after its people voted for independence. Many Kurds were shocked, but for Washington the issue always is what have you done for us lately? American officials were never willing to confront the Baghdad government, just rescued from the Islamic State’s depredations, NATO ally Turkey, or even hated adversary Iran.

Now the Trump administration has staged a repeat in Syria. Washington’s anti-Assad, anti-ISIS policy long lacked effective local partners. So-called moderate insurgents never amounted to much and often surrendered personnel and weapons to more radical forces. Backing jihadists who would happily kill Americans if given the opportunity proved to be an even worse option for Washington. So in 2015 the United States enlisted the Syrian Democratic Forces, dominated by the Kurdish People’s Protection Units (YPG), to battle the Islamic State. Now the “caliphate” is gone, leaving minimal pockets of Islamic State control that some combination of Syrians, Kurds, Turks, Russians, Iranians, Jordanians, Saudis and others could eliminate.

Nevertheless, Washington announced that it hoped to use its Kurdish allies to detach territory and especially oil resources from Syria in an attempt to oust President Bashar al-Assad and remake his country. Congress never authorized such a Quixotic venture, but President Trump, like his predecessors, claims virtually unlimited war powers, including bombing, invading, and occupying the country of Syria.

However, the president evidently remains casualty-averse. If a war is to be fought to push Assad from office, then deny Iran transit routes to Damascus and limit Russian influence in an ally which Moscow began subsidizing sixty-three years ago—all stated administration objectives—but he wants someone else to do it. Hence Washington’s continuing support for the Kurds in Syria’s northeast.

Alas, Turkey always feared the Kurds far more than the Islamic State, which Ankara initially tolerated, as part of its campaign against the Assad government. Indeed, Turkish officials allowed the transit of men and materiel into ISIS territory and were even believed to have enriched themselves facilitating illicit Islamic State oil sales. Turkey never seriously deployed its large and well-equipped military against the Islamic State.

In January, after warning Washington against its close relationship with Syrian Kurds—with some cause seen by Ankara as little different from the outlawed Kurdistan Workers’ Party, or PKK, in Turkey—the Erdogan government launched its second and largest offensive into Syria. The objective was to prevent creation of a sizable, contiguous Kurdish territory, called Rojava, on the border. Ankara’s forces, bolstered by local insurgents, many once armed and trained by Washington, drove the Kurds out of border territory around Afrin. The Erdogan government next threatened to march east on Manbij, where American forces were stationed along side YPG units.

The U.S. reaction began with shocked complaints that Turkey’s actions weren’t helpful to America, as if Ankara cared about the Washington’s objectives. Then U.S. diplomats begged the Erdogan government to halt while military officers threatened to resist any attack. Lastly were negotiations to avoid a military confrontation that neither side could afford. The Kurds are supposed to move east of the Euphrates, nevermind where their homes and communities lie and what best serves the interests of their people. Apparently the United States is supposed to take over garrison duty in Manbij as part of joint patrols with Turkish units.

In fact, no one other than a few naïve Kurds ever believed Washington would go to war against Turkey. Not only is the latter a NATO member, though in practice the Erdogan government has become more adversary than ally, but it possesses a significant military equipped by America. As in Iraq, the Kurds were disposable friends, to be used when convenient but abandoned when necessary. That’s geopolitics at its most brutal as played by the world’s increasingly haggard superpower.

The agreement raised two serious issues. The first is Washington conspiring with an aggressor state to carve up a third nation. Imagine Moscow and Tehran negotiating over how deep an incursion would be staged by Iranian forces in Jordan. Imagine China and Myanmar discussing the disposition of their forces after Naypyidaw’s invasion of Thailand. In such cases America’s UN Ambassador, Nikki Haley, would be railing against the vile aggressors and threatening to come to the victim’s defense. Washington’s hypocritical, self-serving use of international law is well-known, but rarely so obvious and shameless.

Even more striking, however, is the Trump administration’s willingness to enforce Turkish ethnic cleansing. The Kurds belong in northern Syria, though that does not entitle them to rule Arab communities. The Turks are the invaders—and seem unlikely to leave anytime soon. Now America, which does not command any of the Kurdish forces, agreed to their expulsion without their consent. Sinam Mohamad, who heads the Syrian Kurdish mission to the United States, complained: “This is an agreement between Turkey and the United States. No local Kurdish or Arab representatives were included.”

What happens if the militias refuse to move? Not just out of obstinacy, but, observed Mohamad, “We don’t want to see what happened in Afrin to be repeated in Manbij,” referring to violence and looting committed by Turkey’s Arab proxies. Presumably Washington would cut off arms, withdraw its forces, and let nature take its course, which would mean standing by as Ankara expanded its aggressive attacks. However, the Kurds might make separate deals with the Assad government and Tehran. Blowback seems likely whatever the United States does.

Syria is a multifaceted tragedy. But Washington’s bungled involvement since 2011 only exacerbated the disaster.

America had no interests of note at stake. Syria had been a Soviet client during the Cold War, but it never threatened the United States. Russia has had a naval base in Tartus, Syria, since 1971. Far inferior to Israel and Turkey militarily, Damascus posed no danger to Washington’s allies. The brutal civil war was destabilizing, but the Bush and Obama administrations did far more regional damage with their invasion of Iraq, intervention in Libya, and support for Saudi and Emirati aggression against Yemen. The Islamic State, which played such a destructive role, would not exist but for Washington’s Iraqi catastrophe.

Iran is another long-time Syrian ally and has far more at stake in nearby Syria than America. This investment is reflected in the roughly two thousand Iranian battle deaths Tehran has incurred. Israel has demonstrated that it is quite capable of defending its security from Iranian involvement next door. Far better that Israel do so rather than for America to remain in the middle of another potential war. Fantasies about a new Persian empire ignore the fact that Tehran’s influence is strongest in countries that are weakest: Syria, Yemen, Lebanon and Iraq. The well-armed Gulf states devote far more resources to their militaries than does Iran.

Assad is a brutal ruler, but so are America’s friends in Bahrain, Egypt, Saudi Arabia and Turkey. The Syrian civil war was horrific, but Washington armed Ankara for years as it killed Kurdish civilians, razed Kurdish villages, and displaced Kurdish communities within Turkey. The United States is playing a similar role in Yemen, enabling the killing of thousands of innocents by Saudi Arabia and the United Arab Emirates.

Ironically, Washington’s continued commitment to Assad’s ouster reinforces his reliance on Tehran and Moscow. Moreover, neither civilian casualties nor refugee flows will disappear if Washington continues to underwrite continued fighting. As Cato Institute colleague John Mueller observed, “the United States and other intervening states should work primarily to bring the suffering to a substantial close, and this likely means cutting off support to most rebel combatants in Syria.”

Anyway, regime change ain’t happening, despite elaborate proposals for using Syrian resources and U.S. reconstruction aid against Assad. Obviously, dividing and occupying his nation weakens his government—but almost certainly not enough to oust him. And the attempt requires remaining entangled in a conflict of little interest to America. Indeed, there are a host of repressive regimes that deserve to be similarly weakened, including Iran, Turkey, Egypt and Saudi Arabia. Alas, American officials have yet to demonstrate their ability to replace autocracy with liberal democracy—Washington’s ambitions in Syria and elsewhere continue to vastly exceed its abilities.