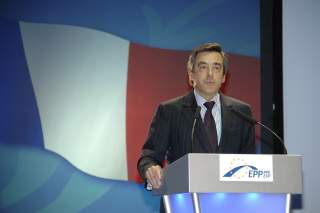 After winning the conservatives’ primary elections on November 27, François Fillon is now best positioned to be the next president of France. Although political forecasts are like horoscopes these days, his victory over the far right’s Marine Le Pen in the second round of the Presidential elections next May remains the most plausible scenario. Mr. Fillon has above all garnered attention abroad for his positions on Russia, which break with the diplomatic line currently pursued by Paris. He has called for the lifting of EU sanctions against Russia and for forging an alliance with Moscow in the fight against terrorism, particularly over Syria. He is also said to have developed personal ties with Vladimir Putin from when they were both prime ministers (2008 to 2012.)

How much in Fillon’s stance can be attributed to tactical positioning in domestic politics and how much constitute a foreign policy program? What underpins his vision and, most importantly, would he be able to implement it as such, if elected? Overly focusing on his declarations on Russia, many have proclaimed a radical overturn of France’s – and contingently Europe’s – policies on Russia. More than his views on Russia, however, his calculations regarding the European and transatlantic contexts will be key in determining his policies towards Moscow: what France’s reaction to the Ukraine crisis revealed is a growing Europeanization of its policies towards the East. A French U-turn on Russia appears unlikely but some changes can be expected, particularly if certain trends in the two aforementioned contexts continue.

Unpacking Fillon’s positions requires going beyond the simplistic and often captious “pro” versus “anti” Russia binary. In France and elsewhere, this dichotomy is insufficient to fully comprehend domestic debates and anticipate their implications for policy. Politicians sometimes use the Russia question for unrelated tactical aims while some commentators tend to distribute the “pro” and “anti” labels mainly based on their own ideological predisposition. Calls to maintain an open dialogue with Russia or cooperate with Moscow on some sectorial dossiers cannot be put at the same level as endorsing the illegal annexation of Crimea or advocating the lifting of EU sanctions without getting anything in return. Fillon eventually condemned the annexation of Crimea and stated that he would not recognize it if elected (in that sense adopting a clearer position than President-elect Donald Trump, who has remained evasive on the subject. However, Fillon wants the EU sanctions gone.

Fillon’s position on Russia comes both from domestic political considerations and deeper beliefs about international affairs. It has been tailored, in the context of the primaries, to appeal to various segments of his party base. He’s said, for instance, to have the support of French businesses, who have important stakes in the Russian market and who have been lobbying for the removal of EU sanctions. Fillon supported a non-binding parliamentary resolution introduced in that sense by Thierry Mariani, who many regard as the “voice of Russia” in the French political class. The resolution invoked the negative blowbacks suffered by French agriculture from Russia’s counter-sanctions. Yet admittedly, as an MP for French citizens abroad, Mr. Mariani has probably more expatriated businessmen than expatriated farmers among his constituents. More profoundly, Fillon’s discourse reflects a deeper ideological trend in the French right towards a growing sympathy for Russia based on the attachment to traditional and Catholic values, anti-Americanism and an admiration for strong leaders. In this narrative, Russia is perceived, at the same time, as a potential savior of Middle Eastern Christians, as a bastion defending traditional values and as a counterweight to Washington.

Fillon’s call to form a coalition with Russia in the fight against jihadi groups in Syria gained prominence after the Paris attacks of November 2015. This traumatic event prompted a “Schmittian moment” in France: politicians heatedly debated the designation of an overarching enemy and the prioritization of threats. In this context, Fillon wants to focus on combatting what he refers to as “Islamic totalitarianism” and presents Russia as a potential ally in that struggle. It is more of a political statement than an actionable strategy at this stage however: beyond calling for greater dialogue, the modalities of this cooperation have not really been specified. The Hollande government did try to engage Russia after the Paris attacks but these efforts fell by the wayside as Paris and Moscow have had divergent readings of – and objectives in – the Syrian conflict. Upon entering office, Fillon might water down France’s intransigence on the political future of the Assad regime. The key question though pertains to whether he will seek to reshuffle France’s alliances in the region, which remain antagonistic to Russia.

More profoundly, Fillon’s positions on Russia are anchored in his foreign policy worldview. He claims the Gaullist legacy and vows to reestablish balance and independence in French foreign policy, in that sense echoing the domestic critics that have denounced Sarkozy and Hollande as overly Atlantist and bemoan the fact that France has lost its “distinctive voice” in the world. These views must thus be read in the context of France’s traditional role conception and diplomatic narrative, rather than simply castigated as pro-Russian. What remains unclear, though, is what a Gaullist strategy might look like in 2017, especially as the new U.S. president is without precedent. Paradoxically, while Mr. Fillon denounces a return to Cold War logics in East-West relations, he seems to prescribe for France a return to its Cold War strategy.

More crucially, Mr. Fillon positions himself as a sovereigntist. He campaigned against the Maastricht Treaty in 1992 and is known to be deeply skeptical about European integration dynamics. This aspect will probably be more important in determining his policies than his personal views on Russia. Today, EU sanctions against Russia are much more about the EU than about Russia. These sanctions have had an impact on Russia’s economy but little effect on its policies in Ukraine. Their lifting is conditioned on the full implementation of a set of conflict resolution measures in Eastern Ukraine, the Minsk Agreements, to which neither party seem truly committed. Yet, the EU cannot and should not lift the sanctions without progress being achieved on Minsk as it would simply discredit economic sanctions as a foreign policy instrument for the EU. These considerations only apply, though, if one wants the EU to be a foreign policy actor, which might not be the case with Mr. Fillon.

France’s foreign policy cannot be attributed solely to the convictions of its president however. It is shaped by the contexts – especially European and transatlantic – in which it is formulated. France’s reaction to the Ukraine crisis, which was more determined than most would have anticipated, is, in part, explained by the nature of Russia’s actions in Ukraine. It was also prompted by considerations related to these contexts. On the one hand, being a permanent member of the UN Security Council (UNSC) and as a nuclear state, France is particularly interested in ensuring that the UNSC and the non-proliferation regime is not delegitimized. The annexation of Crimea, as a clear breach of basic international rules by another UNSC member and as a revocation of the Budapest memorandum, has been regarded in Paris as such. On the other hand, France’s Russia policies also derive from a more structural calculation. An important share of French foreign policy interests are pursued in and through the EU and NATO; a pro-Russian policy would simply be too costly in these frameworks and thus potentially detrimental to its interests.

This calculation is being seriously tested in the current context, yet not fundamentally altered. It is tested first and foremost by the uncertainties surrounding the policies of the U.S. president-elect, who, during the campaign, signalled little interest in the transatlantic alliance and a readiness to strike unconventional deals with Russia. It is also affected by dynamics internal to the EU, where the two most influential member states critical of Russia are, in the UK’s case, on the way out, and in Poland, increasingly discredited in its domestic policies. There is more generally in Paris a palpable frustration around what is perceived as a lack of solidarity on the part of some Central and Eastern European states (e.g. on terrorism or the refugee crisis) while France believes that it has itself taken steps to demonstrate solidarity with these countries’ concerns over Russia’s actions in Ukraine (e.g. cancelling the delivery of its Mistral warships to Moscow.)

One variable in the equation of France’s Russia policy remains unchanged though and it happens to be the most important: the relationship to Germany, which remains the main driver behind EU sanctions. While being skeptical about the EU as a multilateral framework, Fillon is said to attach great importance to bilateral relations with Berlin. He’s thus unlikely to suddenly leave Germany in the cold after two years of common efforts in working towards the resolution of the conflict in Ukraine. Rather, a Fillon presidency might push to call “mission accomplished” earlier on the implementation of Minsk, pushing for a progressive lifting of sanctions amid some more modest progress on the ground.