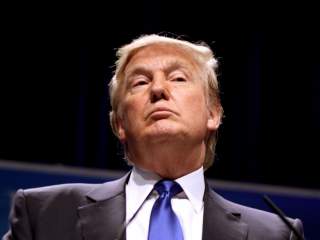 Throughout the past decade, the United States, in the view of most Asians, has gone from acting like an overbearing hegemon to being an enfeebled superpower. For the first time since the end of World War II, America’s primacy in Asia can no longer be taken for granted, especially as an ascendant China rapidly dominates the region’s economic sphere, while aggressively chipping away at American naval supremacy in the Western Pacific. On the one hand, this tectonic shift in the regional geopolitical landscape is part of what pundits like Fareed Zakaria call the “rise of the rest” phenomenon. Amid rapid economic growth and industrialization, gigantic Asian nations like China are beginning to reconstitute their place in the world order. Quite naturally, there will have to be some readjustments in the pecking order.

Yet China’s growing assertiveness is also a reflection of America’s own predicament. The Great Recession of 2008 hasn’t only undermined the economic foundations of America’s power, but it has also been accompanied by a perilous polarization in American politics, which reached a fever pitch in 2013. Senator Ted Cruz orchestrated the shutdown of the nation’s capital amid an ideological squabble over fiscal policy. President Obama, who has been keen on re-balancing America’s foreign policy to Asia, had to nix a series of high-profile summits and state visits in Asia.

Quite uncharacteristically, some of Asia’s most prominent leaders began to vent their frustrations over America’s dysfunctional politics. "While politically we understand the reason for the president's decision, of course it is disappointing for all those involved," a Bruneian foreign ministry official lamented, as it became clear that Obama was cancelling his highly-anticipated visit to the tiny kingdom for the Association of Southeast Asian Nations (ASEAN) summit. Singapore Prime Minister Lee Hsien Loong was more emphatic when declared, “America has to continue to be engaged in this region because it plays a very important role which no other country can replace, not China, not Japan, not any other power."

Asian countries were essentially telling America to get its own house in order lest others will fill in the vacuum. In fact, China, led by President Xi Jinping, made the most out of Obama’s no-show, launching one major economic initiative after the other to woo countries across the region. Quietly, the Asian juggernaut also kicked off a reclamation and construction spree across contested waters, building artificial islands, dual-purpose facilities, and massive airstrips capable of hosting most advanced aircrafts. In the words of Admiral Harry Harris, head of the US Pacific Command, China began “changing the operational landscape" in the South China Sea, the world’s most important waterway.

The Obama administration’s much-vaunted Sunnylands summit with Southeast Asian nations was part of a desperately urgent maneuver to re-assert American leadership in Asia and push back against China’s assertiveness. However, the rise of a demagogic, isolationist leader like Donald Trump, who is cruising towards the White House, is seriously undermining America’s image across Asia. With his policy pronouncements and polarizing rhetoric, the real estate mogul is undermining America’s long-held claim to exceptionalism and benign leadership.

In Soft Power: The Means to Success in World Politics, Harvard University professor Joseph Nye deftly underlined the centrality of the power of attraction to maintaining American global leadership. In the era of “rise of the rest”, it seems almost inevitable that America’s outsized dominance in the international system is bound to diminish overtime. But America’s relative decline in ‘hard power’ can be more than compensated by its ability to maintain a robust ‘soft power’, that is to say the usage of persuasion and attraction—through pro-active diplomacy and elegant multilateralism—in shaping the international order, Nye argued.

Far from a substitute for actual military and industrial power, soft power operates as a “force multiplier,” allowing America to maintain global leadership without having to constantly brandish and employ its often-overstretched expeditionary prowess. As a cultural-ideological superpower—anchored by the traction of Silicon Valley and Hollywood, the charisma of American presidents and the laudable features of American democratic institutions—America can maintain leadership even when it is no longer a full-spectrum military-industrial behemoth. No wonder then, Nye maintains that the twenty-first century can still belong to America.

Yet, America, to many Asians, no longer inspires the same kind of deference and admiration it used to. America’s wherewithal has been put into question, thanks to sequestration, ballooning debt, anemic recovery, and explosive levels of inequality. Shortly after the Obama administration announced its Pivot to Asia policy, leading Asia hands such as Elbridge Colby and Brad Glosserman warned about Asia’s lingering doubts over America’s wherewithal to remain as an anchor of stability and prosperity in Asia. As the two pundits shared,

“Asian audiences focus on Americans’ inability or refusal to address our budgetary woes, to revitalize an economy that has had its worst decade in generations, and to overcome the seemingly intractable political gridlock that prevents meaningful governmental action even on issues for which broad agreement exists.”

Make no mistake: key rivals such as China are also displaying serious signs of vulnerability. China’s repressive brand of governance is also repulsive to many Asian countries, both established democracies like Japan and India as well as new democracies such as Taiwan and the Philippines. But a huge part of America’s global appeal has to do with its claim to moral leadership and democratic ideals. And it is precisely these pillars of American soft power that are today under assault.

Beyond the foundations of American power, many Asians are worried about the trajectory of American politics and foreign policy. Four years on, the very prospect of a Trump presidency sends chills down the spine of Asian leaders and hundreds of millions of people across the continent.

Trump’s call for a total ban on entry of Muslims to America, on the heels of the San Bernardino terror attacks, has provoked outrage across Asia, home to most of the world’s Muslim population. Some Asian officials couldn’t contain their outrage. Nur Jazlan Mohamed, deputy home minister from the Muslim-majority Malaysia, bluntly characterized Trump as tip of the iceberg of a gathering wave of xenophobia: "[Trump's] proposal reflects the thinking of many people in America, and this is worrying.”

In the world’s largest Muslim-majority nation, Indonesia, a leading politician, Setya Novanto, faced government investigation for supposed breach of ethical conduct when he was spotted attending one of Trump's campaign events in New York. Instead of showing solidarity with America’s besieged allies in Asia, Trump has called for imperial tributes from the likes of South Korea and Japan, while implicitly admiring China for building a great wall of sand across the South China Sea by presenting it as a possible blueprint for his plan to build a similarly ambitious (and controversial) structure along the Mexican border.

While the Obama administration, continuing the efforts of its predecessors, has tirelessly pushed for pan-regional free trade deals such as the Trans-Pacific Partnership (TPP) agreement to augment America’s economic footprint in Asia, Trump has instead called for the de facto end of America’s free trade policy. The New York billionaire has threatened to impose massive tariffs on imported products from Asia, a surely disastrous policy that will be accompanied by trade wars—and the precipitous end of the liberal international order.

It is still too early to say whether Trump can indeed capture the White House. Assuming he secures the Republican nomination, which looks increasingly likely, he will face an uphill battle once he goes against the Democratic candidate. Yet, even if Trump ultimately falls short of becoming the American president—undoubtedly, a nightmare scenario in the view of many people across Asia—his ascent has further shaken confidence in America’s global leadership.

One could even argue that in the event of a Trump presidency, some fence sitters, if not American allies, will quietly contemplate defecting to a rising China, whose leaders’ foreign policy posturing appears preferable in comparison to Trump’s.