Yes, Israel Is a Liberal Democracy. 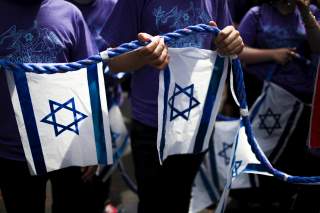 Paul Pillar recently wrote a National Interest article titled “Israel Is Not a Liberal Democracy.” The article claims that the Knesset’s recent passage of a Basic Law declaring Israel to be “the Nation State of the Jewish People” enshrines “religiously based discrimination,” and is yet another example of why Israel is not a Western-style liberal democracy. The article is full of misrepresentations and cherry picking, ignoring Israel’s status as the only true Middle Eastern democracy.

Pillar claims that the law “enshrines” the “second-class citizenship” of Israeli Arabs, who make up one-fifth of Israel’s population. That’s an interesting claim, considering that Israeli Arabs are full Israeli citizens, enjoying the full rights of citizenship. The only difference between Israeli Jews and Israeli Arabs is that the latter are not conscripted to serve in the IDF, to spare them from fighting against Palestinians. In fact, Arabs in Israel enjoy a higher standard of living and more liberty than their brothers and sisters in most Arab countries in the Middle East. Israeli Arabs are free to criticize and protest their country—Egyptian Arabs, Syrian Arabs, and Saudi Arabs who did the same would face jail time (at best).

Next, Mr. Pillar says that Israel resembles Iran. Yes, you read that correctly—Iran. Because Iran calls itself an Islamic Republic, this title is “comparable to Israel’s new basic law about self-determination being something only for Jews.” Pillar correctly states that Iran officially recognizes some religious minorities, and reserves seats in its legislature for Christians, Jews and Zoroastrians. What Pillar doesn’t tell you is there is only one seat reserved for a single lonely Jewish man or woman in the Iranian Parliament (or Majlis), out of a total of 290 seats. Contrast that with the Israeli Knesset, where 18 Arabs hold office out of a total of 120 seats—a total of 14 percent. Iran’s reservation of seats for religious minorities is nothing but a formal nicety that apologists for Iran can point to, whereas Israel’s Knesset makeup reflects a genuinely democratic and vibrant democracy.

Pillar also compares Israel to Saudi Arabia, which “considers the Koran to be its constitution,” and where “open practice of any religion other than Islam is prohibited.” I grew up in Israel. You could get a cheeseburger anytime you craved. For those of you unfamiliar with the book of Leviticus, combining milk and dairy is somewhat frowned upon in Orthodox Judaism, yet cheeseburgers mysteriously proliferated in the Jewish State. You have to wonder what would happen if I were to try to open “The Grand Bacon BBQ Palace” in Riyadh.

He also believes that Israel’s decision to segregate men and women at the Temple Mount closely resembles “scenes elsewhere in the region where fundamentalist Islam prevails.” Apparently, Israel’s policy choice—that is only applied to the Temple Mount—renders Israel equal to countries where the majority of males believe that women “are not fit to be leaders” and “should not work outside the home.”

Thus, Pillar finally concludes that “Israel does not share many of the most important values of Western liberal democracies, including the United States.” He completely ignores Israel’s freedom of speech, freedom of assembly, freedom of protest, and freedom of religion. Netanyahu faces strong opposition at home and constant media criticism; would King Salman of Saudi Arabia suffer the same? How about King Abdallah of Jordan? Or President El-Sisi of Egypt? Or the great Supreme Leader of Iran himself, Ayatollah Khamenei?

What most critics of the Basic Law ignore is its statement that Israel is the “Nation State for the Jewish People,” not a “Jewish State.” The law does not declare Israel is a theocracy; it merely declares the self-evident truth that Israel is the only home in all the world for ethnic Jews. Yet this law has drawn unparalleled fury from the usual crowd of Israel bashers. If America passed a law saying that “America is the nation state for the American people,” would this be considered controversial? Or just a redundancy?

Israel may have won the War of Independence in 1948, but for the seventy years since its birth, it never ceased fighting for legitimacy. The fact that Israel declaring itself to be a state for the Jewish People draws so much controversy says less about Israel, and more about its detractors.

Elad Vaida is a graduate of Harvard’s Middle Eastern Studies Program. He is an Israeli-American citizen.

Image: People hold a rope with Israeli national flags attached to it during the 51st annual Israel parade in Manhattan, New York May 31, 2015. REUTERS/Eduardo Munoz