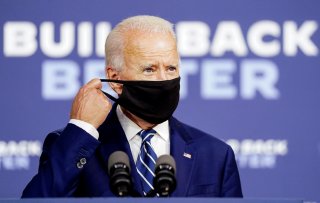 Democratic nominee Joe Biden said Monday that he would not ban fracking if elected in November, adding to his unclear political stance on the issue that has confused some voters, especially those in the battleground state of Pennsylvania.

Fracking, or hydraulic fracturing, is a method of removing natural gas from the ground—a process that involves drilling that injects water, sand and chemicals into the ground, which fractures rocks and releases natural gas.

Biden’s remarks puzzled reporters and voters as his climate change proposal calls for clean energy and net-zero emissions by 2050, in addition to a ban on all new oil and gas permits on federal property.

Pennsylvania is home to thousands of gas industry-related jobs, so a complete ban on fracking would diminish a huge part of the state’s workforce. As a battleground state, its votes are crucial in November.

The state’s general election polls show a slight lead for Biden over President Donald Trump, but the margin has slightly tightened in recent weeks. The closer race could be due to the former vice president’s unclear views on fracking, as he’s noted in the past that there wouldn’t be any place for fracking in a Biden administration, but then, his campaign later said he doesn’t plan on banning fracking.

Biden’s inconsistent responses involving the issue also came up during a debate in March, when former presidential rival Sen. Bernie Sanders (I-Vt.) spoke about his firm beliefs on banning all fracking if he were to become president. Biden agreed with Sanders’s stance, but then followed it up with “no more—no new fracking.”

Biden’s speech from Monday mainly covered the violent protests flooding the country’s cities over racism and policing and the coronavirus pandemic, but the Democratic nominee made sure to confirm his stance on fracking in the competitive state, as his remarks have remained ambiguous.