Mike Pence vs. Kamala Harris: The Most Important Vice Presidential Debate Ever? 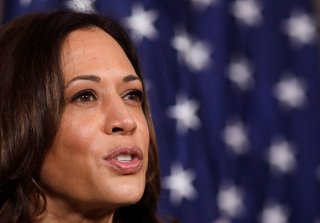 After a mud-throwing mishmash of interruptions, insults and political punches between President Donald Trump and Democratic nominee Joe Biden at the first presidential debate Tuesday night, their running mates are slated to hit the debate stage this week in a highly-anticipated match as election day is just one month away.

It’s been more than 40 years since the first vice presidential debate, when Republican Bob Dole and Democrat Walter Mondale went head-to-head in 1976 when President Jimmy Carter (D) ultimately won the presidential election. As Vox’s Julia Azari wrote, “Vice presidential candidates act as surrogates for their running mates,” where Veep debates can serve as an opportunity for running mates to confirm pressing political issues at the forefront of their campaigns.

As the country struggles to tackle three major national challenges — the coronavirus pandemic, economic devastation and racial unrest surrounding policing — Vice President Mike Pence and Sen. Kamala Harris (D-Calif.) will surely tackle these issues, with Harris blasting her political opponent about Trump’s leadership during the catastrophic last few months. In the past, it’s common to refer to the incumbent president at a Veep debate, with the incumbent’s running mate “playing the attack dog role,” according to Azari.

Although vice-presidential debates offer a 90-minute segment for Americans to further confirm party positions and platforms, these types of debates tend to welcome far fewer viewers. In 2016, for example, roughly 37 million people tuned into the Veep debate featuring Pence and then-Democratic nominee Hillary Clinton’s running mate, Sen. Tim Kaine (D-Va.), which amounted to 44% fewer viewers than the worst-rated debate between the 2016 candidates, Trump and Clinton, according to an analysis conducted by the Pew Research Center.

According to a poll taken ahead of the Veep debate in 2016 by ABC News, more than 40 percent of participants couldn’t name the two major-party candidates for vice president.

Do Any of the Debates Matter? Enter Trump's Coronavirus Diagnosis:

While presidential debates bring in larger virtual crowds, the event doesn’t tend to have much of an impact on voters. Instead, experts say they tend to boost voter knowledge and confirm party positions, providing viewers a chance to see how candidates do under pressure.  Many experts have argued in the past that both presidential and vice-presidential debates occur too late in the election cycle to ignite a massive voter swing, as voters have already decided which candidate to back.

There’s been a historic pattern of viewers being less incentivized to watch the Veep debate, but Pew noted one debate in particular when more people actually tuned into the vice presidential debate over the presidential one. In 2008, when then-Sen. Biden and Alaska Gov. Sarah Palin (R) entered the political boxing ring, viewership surpassed any of the three debates between President Barack Obama and John McCain.

Considering the polarized political climate and overall spiked involvement in politics, the nation could see this type of engagement again.

Trump recently tested positive for the novel coronavirus, forcing him and his campaign team to nix all in-person events for the foreseeable future.

As Trump combats the deadly disease, it’s unclear if the presidential debates will proceed. In the event that Trump opts out of the next two debates due to being in quarantine, the vice presidential debate will be critical for this unprecedented race for the White House. Trump and Biden wouldn’t be able to go head-to-head on the debate stage, putting pressure onto Pence and Harris to persuade supporters to back their respective campaigns.

A Preview of a Future President?

Vice presidential debates can also offer a foreshadow of a presidential candidacy. Viewers can decide whether one of the running mates on the debate field has “what it takes to be president,” according to The New Yorker’s John Cassidy, or at least run for the top job. Fourteen Veeps have become presidents in American history either because the president became ill and died, were immediately elected after serving as vice president or ran several years after leaving the second-in-command spot.

It’s been rumored that both Pence and Harris are expected to run in upcoming presidential races, regardless of who lands a spot in the Oval Office in November. Harris ran for president in the primaries — where she developed a strong reputation for debating — and served as an early rival against Biden, but withdraw from the race due to lack of campaign funding.

At the debate on Oct. 7, Harris, California’s former attorney general, will likely tackle law and order issues considering her experience in law enforcement. One of Trump’s strengths heading into the election is his promise to restore law and order amid racial unrest in some of America’s major cities and suburbs. The issue, however, has become a weak spot for Biden as members of the Trump administration and GOP officials claim that the Biden-Harris ticket wants to defund the police. Harris will likely try to take that argument away, pointing out her experience in the past as California Attorney General and as a prosecutor.

Another issue that rests at the forefront of Biden’s campaign is mitigating the coronavirus. The California senator will also likely argue for the Democratic effort to squash the infection and plans to slowly reopen the economy.

Pence, on the other hand, is a social conservative with a clearly very different perspective. He’ll likely surely mention Trump's handling of the economy pre-pandemic, the battle over the supreme court, and make the argument that the Trump Administration did act aggressively to fight the coronavirus outbreak.

In a poll taken by YouGov in August 2020, 51 percent of US adults said Harris is a better debater, while only 26 percent said Pence is. Another 23 percent remain unsure.

Although vice-presidential debates tend to rally fewer viewers, it’s important for Americans to tune into this year’s debate, considering the three crises at hand, as well as the uncertain threat in the country’s leadership as the president, has tested positive for the virus. The vice presidential debate could be the last time prominent political leaders guiding the White House race appear before the nation in an effort to gain electoral support.

“What we're seeing is someone other than the presidential candidate explain the appeal of the ticket and the direction of the party,” Azari wrote. “If we can stay awake, it could be an informative shift in perspective.”