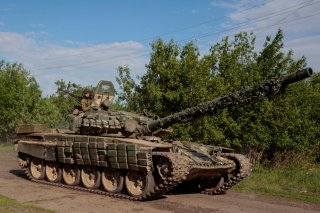 Russian leader Vladimir Putin accused the United States on Tuesday of intentionally prolonging the Russo-Ukrainian War—which began roughly six months ago on February 24 after the Kremlin invaded its western neighbor—as part of a plan to weaken Russia and maintain U.S. global hegemony, according to the Kremlin.

“The situation in Ukraine shows that the United States is trying to drag the conflict out” by providing weapons in concert with its European allies, the Russian president claimed.

Putin’s remarks came during the opening ceremony of the Tenth Moscow Conference on International Security, an annual security conference held in the Russian capital with delegations from Africa, Asia, and Latin America. In his speech, he claimed that the “collective West” sought conflicts in order to “retain their hegemony,” but opposed the personal involvement of U.S. and NATO personnel, preferring instead to export weapons to Ukraine and train Ukrainians to use them—a pattern of behavior that Putin claimed had “destined the Ukrainian people to being used as cannon fodder.”

“The [United States has] implemented the anti-Russia project and connived at the dissemination of the neo-Nazi ideology,” Putin said, claiming that the Ukrainian government was substantially influenced by neo-Nazism, an allegation that has been widely condemned in the Western world.

Putin also claimed that the invasion had been launched “in full conformity with the Charter of the United Nations,” although the United Nations General Assembly passed a resolution condemning it—with 141 member states in favor and only five, including Russia, opposed—in the first week of March.

Many Western experts have asserted that Russia’s initial invasion of Ukraine in February—a campaign that Putin referred to as a “special military operation,” the Kremlin’s preferred phraseology, in his remarks—was planned as a short-term campaign and expected minimal resistance from Ukrainian forces. After invading northern Ukraine through Belarus, however, Russian forces were forced to retreat, leading Moscow to refocus its efforts on fully capturing the Donbass region in eastern Ukraine. Although Russian forces have made slow advances in the south and east, their efforts have been obstructed by extensive Western assistance to Ukraine, including $50 billion from the United States alone. This assistance has included both financial aid and advanced Western weapons systems, notably the M142 High Mobility Artillery Rocket System, or HIMARS.

“Western intelligence agencies not only have provided target coordinates for launching attacks, but Western specialists also have overseen the input of those data into weapons systems,” Shoigu claimed, suggesting that these actions amounted to the West’s direct participation in the war.