“We Will All Be Dead” By the Time the U.S. Navy Gets 12 Aircraft Carriers 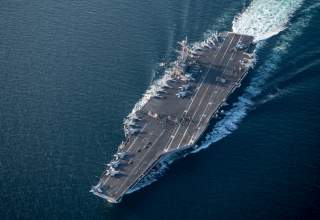 Key point: The Navy's only hope to sustainably boost the carrier fleet and avoid the 2048 dip to nine flattops is to consistently spend billions of dollars more than it currently plans to spend...

David Axe serves as Defense Editor of the National Interest. He is the author of the graphic novels  War Fix, War Is Boring and Machete Squad. This first appeared last month.