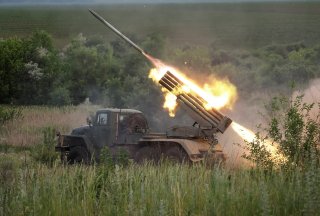 Colin Kahl, the U.S. under secretary of defense for policy, said during a press briefing that the United States sent an unspecified number of anti-radiation missiles to Ukraine.

“[I]n recent PDA [Presidential Drawdown Authority] packages, we've included a number of anti-radiation missiles that can be fired off of Ukrainian aircraft that can have effects on Russia radars and other things. So there are also things that we're doing to try to make their existing capabilities more effective,” Kahl said. The briefing marks the Biden administration’s first public acknowledgment that it is sending anti-radiation missiles to Ukraine.

Ukrainian defense minister Oleksiy Reznikov reportedly told Ukrainian media earlier that Washington is preparing to send Kyiv anti-radar missiles. "Based on this level of trust, we will continue to receive assistance. And you definitely saw the package announced, if I'm not mistaken, for $270 million with the signature of the President of the United States that we will get four more HIMARS, we will get special anti-radar missiles that we had before,” Reznikov said. “This will allow you and I to effectively destroy their radar system[s], essentially blinding the enemy, which will give us the opportunity to gain an advantage for a counteroffensive," he added.

A defense official reportedly confirmed to CNN that the missiles sent to Ukraine were AGM-88 High-Speed Anti-Radiation Missiles. Designed to target ground-based radar systems, these air-to-surface missiles boast a range of just over thirty miles and can cover roughly 1,400 miles per hour.

While Kahl said it is “not inconceivable” that future aid packages to Ukraine will include Western aircraft, he noted that “in the near term, we've been doing lots of things to make Ukraine's existing Air Force stay in the air and be more capable.”