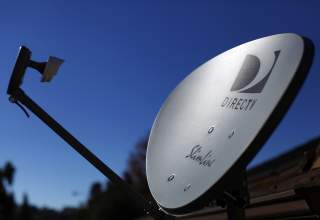 I’ll admit it: I used to work for a cable company and had a DirecTV dish on my roof—while I worked there.

Great, I feel better getting that off my chest. However, I have some pretty good reasons why DirecTV is in trouble.

Back in 2003-2004, cable companies were truly worried about DirecTV and Dish Network. They had low prices, good programming options, decent customer service, often even free installation. Moreover, DirecTV and Dish Network offered DVR services when many cable companies did not. I remember one of my managers at the time saying, “Dish wants to take your job, your home—your life. Don’t let them do it.”

We went to training retreat after training retreat, with my employer at the time trying to pound it into us how evil satellite was. We learned why they would go out of service in rain or snow, how the promotions don’t last for long and how they had contracts. Additionally, were taught how DirecTV and Dish Network had no local call centers and many of the technicians out in the field were just subcontractors.

But, to be really honest, I had a dish on my roof for one reason: I was a fantasy football geek and wanted the NFL Sunday Ticket. That’s it.

Sadly, DirecTV is dying a slow death, just like cable TV. With 19 percent now of all U.S. TV viewing going to streaming services that are much cheaper—and, I would argue, that have a technological edge—why get a DirecTV dish installed on your roof?

Ultimately, this is a question AT&T, the “proud” owner of DirecTV (purchasing it for an astounding $49 billion), will have to have a good answer for. If it doesn’t, customers will keep leaving in droves. With AT&T now offering their own over-the-top streaming service—a product rollout riddled with bad press and big price hikes—the telecom giant, at least for now, does not seem to have many answers. One recent promotional offer included NFL Sunday Ticket at no extra cost. That sounds good; however, it only appeals to those who love NFL football. A big market for sure, but not enough to stem the tide of cord-cutters who are damaging AT&T’s bottom line dramatically.

Here is where the numbers tell the story more than anything else: 4 million people have dumped DirecTV since 2014. My guess is that it can’t survive this decade in its current format. Maybe it can be merged or combined with AT&T’s streaming service and Uverse offering into one unified product? That would seem like the best idea, as the company has a bold streaming vision that shows it can think big. But can AT&T admit defeat and change gears? Considering its revenue is trending lower and the company is expected to lose millions of more subscribers, the time to act is, well, now.