5 Companies That Could Grow Massively During a Coronavirus Recession 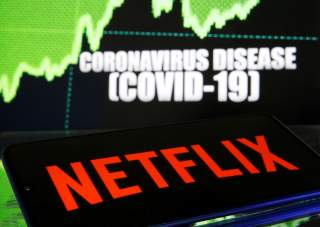 The United States economy is massively slowing down, with the prospect of a depression not far away. The disaster has been brought on by the coronavirus, a pandemic disease that brought businesses to a standstill worldwide as people remain in their homes (whether they choose to or not). But as the stock market freefalls and tens of thousands are left suddenly unemployed, some companies are seeing the direct benefit of having just the right products for a crisis. Here is a sampling:

Campbell’s. With the promise that Campbell’s “makes everything better,” one of the largest food processing companies in the United States is seeing its eponymous canned soup products fly off the shelves. The company began production increases two weeks ago to prepare for the rush, as people demanded preserved food more than ever. While prior to the coronavirus hedge fund managers were dumping stock in Campbell’s, the company has seen its stock rise 4.7% due to the crisis.

Netflix. With social media filled with requests for Netflix recommendations, its no surprise that the streaming service is seeing a major increase in viewers who are stuck at home. This increase, however, might be a problem disguised as a blessing. The company announced today that it would reduce its bit rate in Europe by 25% to reduce strain on the internet. This cutback will be for thirty days, and there was no announcement to change the service quality in the United States.

Walmart. While it announced that it was trimming its hours for the second time in a week, the big box chain store is one of the few retailers that is remaining opened for business. The company shut down its auto-care centers to focus more on the consumer product demand, which is being rationed as stores to prevent running out. Its stock has gone up 2.5%.

Clorox Company. To the surprise of no one, Clorox wipes and other sanitary items are in high demand. The Center for Disease Control has hit home the need for regular handwashing and the disinfecting of regularly used items to prevent the spread of the coronavirus. The company has announced production increases to meet the demand, and its stock has been raised a whopping 15.9%. The Clorox Company Foundation has also said it will be donating $5 million to multiple healthcare-related charities that are fighting the spread of the virus.

Generals Mills. The gargantuan company, which owns the rights to eighty-nine leading U.S. brands, saw its stock rise by 7.9%. Like Campbell’s, people are buying household staples like Cheerios and Chex Mix that can be eaten over longer periods. “It’s been so long since we had a recession and especially here in the U.S. But certainly, during that time, people tend to eat in more, and General Mills did quite well,” Chief Executive Officer Jeff Harmening told his team. This moment of success comes after what had been a decline in profits when the coronavirus was primarily located in Asia.