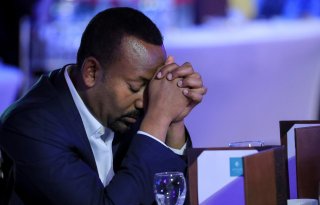 The war in Ethiopia’s Tigray Province is now more than six months old. Jeffrey Feltman, the Biden administration’s special envoy, has just completed his first trip to the region but, for Ethiopian unity, it may be too late. Abiy Ahmed, Ethiopia’s prime minister and Nobel Peace Prize laureate, has sent his country beyond the point of no return.

Abiy’s stated reason for his assault on Tigray was the rebuff of that province’s leaders to his efforts to delay elections. His supporters justify his move to repress Tigray and the Tigray People's Liberation Front (TPLF) in two ways. Some argue that the TPLF deserves the central government’s offensive and even the atrocities it suffers because of the TPLF’s past poor human rights abuses as well as its participation in the Ethiopian People's Revolutionary Democratic Front, a coalition from which Abiy’s two immediate predecessors emerged. Others argue that Ethiopia’s ethno-federalism is unfair to provincial minorities and Abiy is right to repress it. Both arguments are problematic: TPLF’s past does not justify massacres, looting, and rape against civilians targeted solely because of ethnicity or political opposition. If Abiy had legal justification against any particular TPLF leader, the courts would have been the proper recourse.

Critics of Ethiopian federalism have valid arguments about problems inherent in the system but the remedy for this is revision of the constitution through the legislative process, not the whims of one man acting through brute force.

Abiy promised a quick victory, but his gambit failed. While Ethiopian troops control the cities, videos show Tigray Defense Forces openly defiant and operating with impunity in the countryside. The problem, however, is not just the embrace of military force; rather, it was his choice of targets.

Tigrayans, like much of the rest of Ethiopia, are overwhelmingly young. Most Tigrayans under thirty care little about Ethiopia as a whole and imagine a better life for themselves as their own independent state. It was the senior TPLF leaders who had fought for, served Ethiopia, maintained links across regions, and remained open to unity. This was the caste whom Abiy has sought to kill. In the most famous episode, the Ethiopian Army killed Seyoum Mesfin who had served two decades as Ethiopia’s foreign minister. In effect, in a fit of pique, the mercurial Abiy has disproportionately targeted the only figures with whom he could negotiate to preserve Ethiopian unity.

Nor has Abiy done himself any favors with fellow African leaders. There is a way presidents and prime ministers speak to the public, and there is a way in which they talk among themselves. Abiy fails at the latter. He lacks candor and appears untethered from the reality that he has created. Many of his counterparts describe him as a naïf with a messiah complex. While African leaders will not publicly abandon one of their own, the shedding of African Union offices from Ethiopia to other capitals reflects Abiy’s declining diplomatic capital. Simply put, beyond Eritrean dictator Isaias Afwerki, who sees himself as Abiy’s superior, and Mohamed Farmaajo, Somalia’s president whose term expired three months ago, Abiy has no friends.

Regional states fear Ethiopia’s dissolution—it would be a nightmare scenario of dislocation and instability—but many diplomats, including those traditionally friendly to Ethiopia, quietly question whether it is already too late. Abiy’s supporters may have justified his action in antipathy to federalism but by choosing unilateralism over negotiation, Abiy may have cemented his legacy not as a Nobel Peace Laureate, but rather as the man who ended a country whose history dates back millennia. It is time for the United States, United Nations, and Ethiopia’s neighbors to plan for its end as a unified entity.