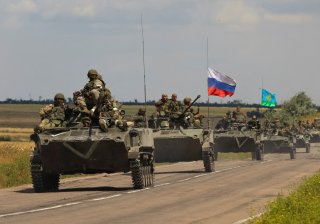 Russian occupation officials have accused Ukraine of striking the city of Enerhodar where the Zaporizhzhia nuclear power plant (NPP) is located.

“The armed formations of the Kiev regime have opened massive fire on the city of Energodar,” the city’s military-civilian administration wrote on its Telegram channel. Authorities urged residents to take shelter amid claims that residential areas were hit. Russian reports of the alleged Ukrainian strikes have not been independently corroborated.

Invading Russian forces captured the city of Enerhodar, along with the Zaporizhzhia Nuclear Power Plant (NPP), in the early stages of the Russo-Ukrainian War.

Vladimir Rogov, a member of the pro-Russian regional administration, accused Ukrainian forces earlier of shelling residential areas in Enerhodar to provoke retaliatory fire from the Russian military. Russian and local Russian-aligned officials said Ukrainian forces have targeted the Zaporizhzhia NPP and Enerhodar city in over two dozen strikes using Western-supplied artillery systems, with several explosions allegedly recorded on the site of the plant.

Ukrainian officials have leveled reciprocal accusations at the Russian side, claiming that Russian forces stationed close to the Zaporizhzhia NPP are launching rockets at nearby Ukrainian positions under the calculated assumption that Ukraine will deem it too risky to return fire. “They [Russian forces] use it [the power plant] like a shield against the Ukrainian forces, because nobody from Ukraine is going to do something,” said Ukrainian energy executive Petro Kotin.

Ukrainian president Volodymyr Zelenskyy said in an address earlier this month that any Russian soldier who shoots at Ukrainian troops “under cover of the plant” will become a “special target for our intelligence, for our secret service, for our army.” Ukrainian officials have previously said that the looming threat of a nuclear disaster at the Zaporizhzhia NPP can only be averted by returning the plant to Ukrainian control.

Russia’s Defense Ministry said on Thursday that the Zaporizhzhia NPP may be shut down if Ukrainian forces continue shelling the plant. Igor Kirillov, the head of Russia’s radiation, chemical and biological defense forces, said the plant’s backup support systems have been damaged, according to a Reuters report.

Zelenskyy stated on Thursday after talks with United Nations (UN) chief Antonio Guterres that the UN must ensure the security of the plant. “Particular attention was paid to the topic of Russia’s nuclear blackmail at the Zaporizhzhia NPP. This deliberate terror on the part of the aggressor can have global catastrophic consequences for the whole world," he wrote on Telegram. “Therefore, the U.N. must ensure the security of this strategic object, its demilitarization and complete liberation from Russian troops,” Zelenskyy added.