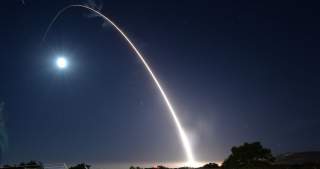 America’s nuclear weapons could not prevent the 9/11 terrorist attacks or restrain insurgents in Iraq and Afghanistan. Some say this shows that nuclear deterrence does not work, or at the very least is irrelevant to contemporary security challenges. This is dubious logic since of course the fact that nuclear weapons do not serve every national security purpose does not mean they are not critically important for the roles they do play, like helping to prevent nuclear attacks and discourage large-scale wars. Nevertheless, such arguments may have contributed to decades of modernization postponements and general neglect that, as both the Trump and Obama Administrations have warned, leave the United States with nuclear forces that will “age into obsolescence” unless they are replaced within the next generation.

With the federal budget season underway, it is a good time to remember that nuclear weapons cannot solve all of America’s problems. Just as they are not well suited to preventing terrorist attacks, nuclear weapons cannot solve major DoD or national budget challenges. This is because even drastic cuts to U.S. nuclear deterrence capabilities, which might have significant negative repercussions for American security, would likely reduce long-term defense spending by less than 1%.

In recent years, many who oppose nuclear weapons on various grounds have taken to arguing that modernization programs are unaffordable in light of overall defense spending and national debt and that America cannot afford to pay for both nuclear and conventional military modernization. They point to a 2017 report by the Congressional Budget Office, or CBO, and similar analyses suggesting that over the next 30 years it will cost the United States about a trillion dollars to maintain its nuclear deterrent and replace Cold War-era systems as they reach the end of their service lives.

Proponents of the current U.S. nuclear modernization plan—which the Obama Administration put in place and the Trump Administration has left largely unchanged—point out that total spending on nuclear weapons is projected to rise from only about 3% of overall DoD spending today to about 6% in the late 2020s, and then remain at that level for about a decade. They argue, as does Trump’s Nuclear Posture Review that this is not an unreasonable price to pay to defend against nuclear attack—the only clear existential threat to the United States. They also emphasize that the projected peak spending level is much lower than during the only two nuclear modernization cycles in U.S. history.

Highlighting the small fraction nuclear weapons occupy in overall defense budgets makes sense, but there is another way of considering the problem that is sometimes mentioned but deserves greater attention. Namely, how much might the United States spend on defense over the next 30 years, and to what extent can cuts to nuclear spending offset this total? When looking to address overall affordability, the fraction of defense spending that might be reduced by scaling back nuclear modernization plans is more relevant than the total fraction of defense spending that goes to nuclear weapons.

The simple fact is that Americans spend a whole lot of money on defense. The national defense budget for this year alone is $0.716 trillion, including $0.2367 trillion for DoD weapon system acquisition. If future defense spending remains at this level, over the next 30 years, the United States will spend about $21.5 trillion on defense, including $7.1 trillion in weapons acquisition. Coincidentally, this 30-year total is approximately equal to the current $22 trillion national debt.

Can America afford to spend $21.5 trillion on defense over the next 30 years? I do not know the answer to that question, but it is not difficult to at least consider what impact cuts to nuclear weapons spending might make. The low hanging fruit of nuclear cost reductions might be to cancel the Trump Administration’s plans to lower the explosive power of a small number of submarine-carried ballistic missiles and to reverse the unilateral U.S. elimination of nuclear-armed sea-launched cruise missiles (SLCMs). That SLCM elimination was one that U.S. leaders hoped Russia would follow, but Russia instead chose to retain what then became one of its many unmatched nuclear capabilities. The total cost of the ballistic missile modification is expected to be less than $100 million. It’s too early for a real cost estimate for the SLCM, but a ballpark figure of $10 billion would mean that dropping both of these programs has the potential to prevent 30-year defense costs from growing to $21.49 trillion from $21.48 trillion. Clearly, these programs can have no real impact on long-term defense affordability.

More thorough cost analyses, including the CBO report, find that the only way to trim U.S. nuclear spending by more than a few percent is to eliminate one or more legs of the strategic nuclear triad of land-based ICBMs, ballistic missile submarines, and bomber aircraft. This is not a change to be made lightly, given that the triad has been a bedrock of U.S. deterrence strategy and strategic stability for more than half a century.

Setting aside for a moment those security and arms control issues, how might proposals for slashing U.S. nuclear deterrence programs impact overall defense spending? Some have advocated, in addition to forgoing new capabilities, that the United States save money by; eliminating the ICBM leg of the triad; reducing the number of ballistic missile submarines in the U.S. fleet; allowing its only nuclear-armed cruise missile—a bomber-carried variant—to age out of the arsenal without replacement; and cutting the overall size of the force by one third, despite Russia’s lack of interest in following suite.

Representative Adam Smith, the new Chairman of the House Armed Services Committee, cited some of these approaches in recent arguments that the government should scale back U.S. nuclear modernization plans to make conventional modernization affordable. He has expressed openness to eliminating a leg of the triad and has directly argued for eliminating the U.S. cruise missile and building fewer replacement weapons as existing ones age out.

The CBO report includes the necessary detail to consider how these combined cuts might impact overall defense spending. Implementing all of them together might save $167 billion over 30 years. That includes $139 billion for eliminating ICBMs, building a smaller submarine fleet, and reducing the size of the arsenal, and $28 billion for the cruise missile elimination. Of the total savings, $129 billion is in development and acquisition, and $38 billion is from reduced sustainment and operation costs. This is a lot of money, but the savings are spread over an entire generation and amount to a very small part of what a generation of Americans spends on its defense. The bottom line is that this dramatic change to U.S. nuclear force structure and posture might reduce 30-year defense spending from $21.5 trillion to $21.3 trillion. The long-term acquisition portion of DoD spending might fall from $7.1 trillion down to $7.0 trillion.

It is also informative to consider these numbers on a per capita basis. This year alone, each American paid (or borrowed) almost $2,200 for defense. The nuclear cuts outlined above would save each American about 17 defense dollars per year, reducing the amount each spends on defense from $2,183 down to $2,166. These cuts would reduce the amount each American pays for nuclear deterrence from $102 per year down to $85. This level of savings is more than five times lower than the average year-to-year fluctuation in the DoD spending, which based on historical data is about $108 per capita. In that sense, the potential savings from these nuclear cuts truly are a drop in the bucket of overall defense spending. And of course, even these modest savings would only be realized if decreasing America’s nuclear deterrent capability does not result in higher costs elsewhere—from the likes of greater instability, loss of allied confidence, or armed conflict.

In relative terms, these dramatic changes to U.S. deterrence capabilities would reduce overall defense spending by less than 0.8%, and reduce acquisition costs by less than 2%. This assumes that future defense spending remains at this year’s record-high level, but the savings would still amount to less than 1% if future annual spending instead returns to the lowest level America saw in the past decade. There is no way that this fraction of one percent will determine whether the United States can modernize its conventional forces, let alone make the difference between affordability and unaffordability of the nation’s defense.