Afghanistan Is in Freefall. America Must Punish Pakistan For Its Role. 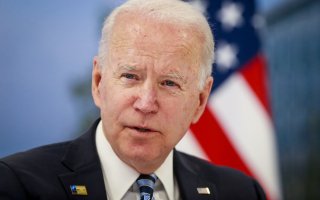 Afghanistan is in freefall. The Taliban conquer city after city with impunity. The State Department pleads with the Taliban to spare its embassy. A repeat of Saigon 1975 looms.

It need not have been this way. President Joe Biden decided to withdraw forces to honor a peace agreement his and President Donald Trump’s Special Envoy Zalmay Khalilzad hashed out with the Taliban, never mind that the Taliban never abided by the terms of the agreement. As Afghanistan collapses, Biden now blames the Afghan government for its corruption and the Afghan military for its failure to counter the Taliban advance. Corruption is a major problem, though Afghanistan has tackled some of the worst abuses and so improved in Transparency International’s ratings. If corruption alone was the problem, however, then its similarly-ranked peers—Burundi, Guinea Bissau, and Turkmenistan—would suffer a similar fate. As for the Afghan military’s failure to fight, Afghans are correct to point out that the fight would have been far easier if the United States had not forced the Afghan government to release imprisoned Taliban fighters.

The real problem, however, is not Afghanistan but rather its neighbor Pakistan. Simply put, if Pakistan had not taken the decision to support, co-opt, and control the Taliban, Afghanistan would never be in such a dire situation. The majority of Taliban car bombs and improvised explosive devices (IEDs) use precursor chemicals that come from two fertilizer plants in Pakistan. While conducting research for a history of US diplomacy with rogue regimes and terror groups, I interviewed a number of Pakistani officials about the Taliban. One former head of Pakistan’s Inter-Services Intelligence (ISI) agency acknowledged to me over tea in the Islamabad Club that Pakistan was playing both sides of the issue—supporting the Taliban insurgency while then charging the United States extortionate fees so that the Pentagon could resupply its forces. From the ISI’s standpoint, it was like hitting the jackpot. Since the 9/11 attacks, the United States has given Pakistan almost $23 billion in security assistance and Coalition Support Funds.

Afghanistan is a diverse country; the Taliban do not represent traditional Afghan culture nor, for that matter, do they represent most Pashtuns, despite a quarter-century of Pakistan’s support. This is why the Taliban refuse to submit themselves to elections: The movement knows that they could never achieve their extremist society in a poll of their peers, so they seek instead to impose it through the force of arms.

The American defeat to the Taliban and, by extension, Pakistan is a humiliation rooted not in a US military failure but the corrosiveness and shortsightedness of America’s own political debate. It is a blow the United States might have avoided, but should not take without a response. Simply put, it is time to sanction Pakistan.

The case against Pakistan is strong. Pakistan remains jihad central. It sustained the Taliban and sheltered Usama Bin Laden in Abbottabad, a town that is Pakistan’s equivalent of West Point. Pakistan also sheltered 9/11 mastermind, Khalid Shaikh Muhammad, before his 2003 capture. The United Nations believes Bin Laden’s successor Ayman al-Zawahiri lives under Pakistani protection. US drone strikes have killed several Taliban and Al Qaeda leaders inside Pakistan, including Mullah Akhtar Mansour, who had succeeded Mullah Omar, the movement’s founder. Pakistan also hosts Lashkar-e-Taiba, a group that has killed Americans including during the 2008 Mumbai bombings. The current Taliban assault did not materialize out of thin air, but rather is a sign of deception: Pakistani officials deceived their American counterparts they were facilitating peace talks while in reality they were preparing the Taliban to take over Afghanistan.

Pakistan’s current behavior is not the exception, but rather the rule. Pakistani authorities have long distrusted the United States. They believe (rightly) that, upon India’s partition, Pakistan was Washington’s second choice, and they accuse the United States of failing to support them when they subsequently started wars with India. History is full of diplomatic grievances, but Pakistani authorities use their exaggerated sense of grievance repeatedly to backstab America. This was the case in the 1980s when Pakistan authorities violated their commitments not to build a nuclear arsenal. Today, Pakistan’s nuclear arsenal is not only a fait accompli, but incitement has reached such depths that Pakistani politicians threaten to use nuclear weapons. A.Q. Khan, the father of Pakistan’s nuclear bomb program, subsequently proliferated the technology to Iran, Libya, and North Korea.

While the United States often compartmentalizes Pakistan with Afghanistan, Pakistan also threatens American interests elsewhere. First Prime Minister Nawaz Sharif and then-incumbent Imran Khan have transformed Pakistan into a Chinese vassal. This is a tragedy for Pakistani nationalists, but it also affects the entire Indo-Pacific region by giving China an outlet to the Indian Ocean. That Pakistan receives US military training and gains access to US equipment only to embrace Beijing is a paradox that the Biden administration should immediately end. Today, China trains the ISI and the Pakistani Army and the Chinese People’s Liberation Army have increasingly strong links.

The State Department has long been reluctant to impose sanctions on Pakistan. Perhaps senior diplomats believed they might better compel Pakistan with carrots rather than sticks, but the net result of US inaction was a sense of impunity in Islamabad and an emboldened Taliban. American credibility is also at stake. The State Department’s failure to designate Pakistan a state sponsor of terrorism hemorrhages the credibility of the terror list, because it shows it to be subjective rather than objective. The U.S. and its allies must also support adding Pakistan to the Financial Action Task Force (FATF) black list; this Pakistan remains on the grey list signals to Pakistani leaders that they can finance terror and launder money with impunity. Nor should the United States consider Pakistan a major-non NATO ally. Perhaps it was one for a short period after 9/11, but no longer. Simply put, all sales of military and dual-use technology to Pakistan by the United States and its allies should cease immediately. The United States and its allies—many of whom have also suffered because of Pakistani duplicity—should withdraw support for loans for Pakistan from the International Monetary Fund, World Bank, and Asian Development Bank. Lastly, it is time to impose targeted travel and banking sanctions on ISI and Pakistani army officers involved in supporting the Taliban and other terrorist groups.

Mr. President, for the honor of not only Afghanistan but also the United States, make Pakistan pay. A future generation of Pakistanis who aspire to live in a normal country not hijacked by extremism will one day thank you.

Michael Rubin is a senior fellow at the American Enterprise Institute, where he specializes in Iran, Turkey, and the broader Middle East.