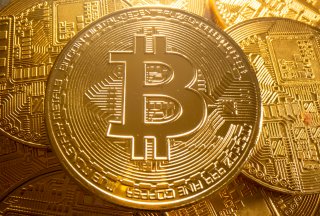 The United States has become the world’s leading destination for Bitcoin mining, weeks after a crackdown in China virtually wiped out the practice overnight.

Bitcoin mining outlets in the United States accounted for 35.4 percent of the global hash rate—more than twice the activity that the same survey had reported in April, and more than 300 percent higher than the rate in September 2020, according to a report authored by the Cambridge Centre for Alternative Finance (CCAF) and published on Wednesday.

Prior to the ban, China had led the world in Bitcoin mining, aided by cheap, state-subsidized electricity. In September 2019, the CCAF survey reported that miners in China accounted for 75.5 percent of the global hash rate. Between September 2019 and April 2021, its share had fallen to 46 percent and then collapsed to virtually zero after Chinese authorities cracked down on the practice, arguing that its volatility could threaten China’s economic stability (and frustrated at Beijing’s inability to control it). Some Bitcoin mining has continued in the country, though, masked by VPNs or proxy servers.

The report noted that an increasing amount of Bitcoin mining traffic had been established in other countries with cheap electricity rates, the main cost input. Roughly 18 percent of the world’s Bitcoin is now mined in Kazakhstan while Russia’s share of the market increased from below 7 percent in April to 11 percent in August. Central Asian states have typically performed highly in cryptocurrency mining because of their low energy prices and cool climates.

Other states with abundant energy resources have also been hotspots for mining. Iran, where electricity is essentially free, used decentralized cryptocurrency to circumvent international sanctions and was also one of the world’s leading Bitcoin miners until power shortages in the summer of 2021 led the ruling regime to ban the practice.

Bitcoin is currently valued at around $55,000, down from a peak of $63,000 in April; the coin’s market capitalization, or the value of all tokens put together, is roughly $1 trillion. Cryptocurrency has seen an explosion of interest during the pandemic, with Bitcoin—as well as other tokens, including the Dogecoin meme currency—experiencing skyrocketing growth in early 2021.

The Cambridge Centre for Alternative Finance is a project operated by the Cambridge Judge Business School at the University of Cambridge.