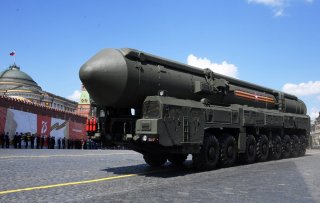 With Russia's invasion of Ukraine, the stability of Europe has been shattered. After four months of the “special operation” launched by Vladimir Putin on February 24 to “demilitarize and de-nazify Ukraine,” the liberal international order is in disarray. The devastation in Ukraine with total casualties of more than 10,000 civilians and tens of thousands of soldiers has resuscitated the debate of whether relinquishing nuclear weapons landed Ukraine in this terrible situation.

In 1994, under the Budapest memorandum, Ukraine, Belarus, and Kazakhstan returned almost 2,000 nuclear weapons to Russia, although Ukraine never had operational control over the weapons. Politically, Ukraine’s decision to hand over nuclear weapons to Russia allowed Kyiv to sign the Nuclear Non-Proliferation Treaty. Russia would also likely have perceived Kyiv’s nuclear arsenal as a threat, inflating regional insecurities. More so, housing nukes could have attracted severe international economic punishment, which would have curtailed the prospects of Ukraine’s post-Cold War economic growth.

However, today Ukraine might be wondering whether keeping its nuclear weapons would have been a better idea. The West's reticence to provide timely help to Ukraine could be persuading other states to do so.

The West’s sympathy for Ukraine and support through sanctions on Russia shows an appreciation for Kyiv’s dire situation. But the West does not want to get too involved in the war or risk provoking Russia. Direct intervention would escalate the conflict, as the West’s involvement will be interpreted by Moscow as seeking a “total defeat” of Russia. The fear of getting entrapped in such a situation precludes NATO from providing full-fledged support to Ukraine. Since NATO military aid is still inadequate, though generous, it will embolden Ukraine to help itself and end up in the quest to acquire nuclear weapons.

Other states are suspicious of Washington’s commitment to keep them “dry” under the cover of its nuclear umbrella. As more states like Finland and Sweden join NATO, the reluctance of the United States “to trade New York” for Helsinki or Stockholm in a nuclear confrontation will increase. Fearing American abandonment, states like Germany and Japan that already maintain latent nuclear capabilities will activate them.

The neutral states turning to the West have increased Washington’s responsibility to navigate the risks posed by the Russo-Ukrainian War carefully. The West's disposition, ultimately, will be a litmus test of its credibility as a reliable partner. Failing to assuage their fears, the states observing the plight of Ukraine may seriously consider going nuclear. Sweden, by applying for NATO membership, is hedging against future risks. After World War II, Swedish policymakers discontinued the development of nukes due to domestic constraints. But the possibility of further Russian aggression and the fear of American abandonment will compel Sweden to resume its dormant mission.

Kyiv's vulnerability is enough to propel other states to pursue nuclear weapons as the most strategic optimal choice for self-preservation. Since nuclear weapons are a “defensive weapon par excellence”, Kyiv could have leveraged its nuclear capability to blackmail the Russian regime into backing down. If Russia failed to oblige, the threats of using nuclear weapons to inflict heavy damage on the other side would have been enough to discourage Russian aggression. Such coercive nuclear tactics are easily discernible in the case of North Korea, which has not shied away from invoking nuclear threats to achieve political objectives. Today, the lack of security assurances from NATO and the United States might drive Kyiv to find solace in nuclear weapons while also emboldening other states like Japan and South Korea to follow a similar strategy.

Despite Ukraine’s past decision to give up nuclear weapons, Kyiv may be wondering now about the fallacy of such a decision. Bearing the brunt of the invasion, Ukraine could have alerted Moscow by signaling its reliance on nuclear weapons. If threatened states, as Vipin Narang explained in his book Seeking the Bomb: Strategies of Nuclear Proliferation, anticipate the plausibility of coercion from other powers, they will pursue technical capabilities to develop a nuclear weapon no matter the challenges involved. Further, technological constraints rarely obstruct a state’s pursuit of nuclear weapons. States like Syria, Taiwan, and South Africa all tried to acquire nuclear weapons clandestinely by generating the necessary technical capabilities. Others failed, but South Africa did succeed. Nuclear weapons could have forestalled Russian aggression.

The whole Russia-Ukraine crisis has caught Washington between a rock and a hard place. Washington will have to navigate this geopolitical tightrope cautiously. Russian threats have created anxiety in most states, demanding a more credible commitment from the United States. While assurances may have mattered before, allies will now demand more tangible commitments. Failing to do that will ensure greater nuclear proliferation which may ensure peace but could also be more menacing if not handled responsibly.