Will Russia’s War on Ukraine Lead to Nuclear Proliferation in Europe? 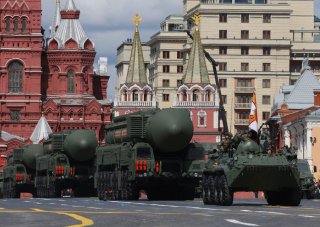 Nuclear weapons are playing a role in the Russo-Ukrainian War, even if they haven’t actually been used. Some suggest that public support for acquiring the bomb may be rising as a result of Russia’s invasion. But is this really the case, and if so, will that support translate into new nuclear states?

In a recent episode of Ploughshares Fund’s Press the Button podcast, Dr. Lauren Sukin, and Dr. Alexander Lanoszka—of Stanford University and the University of Waterloo in Canada, respectively—discuss how Russia’s nuclear saber-rattling has affected Europe’s views on nuclear weapons.

Sukin and Lanoszka polled citizens in Poland, Romania, Latvia, Lithuania, and Estonia on their views of nuclear weapons, finding that between 77 and 93 percent of citizens polled said that “they distrusted Russia’s nuclear decision making and 9 out of 10 of them have unfavorable views on Russia.”

This support for national nuclear programs is derived from the viewpoint that nuclear weapons can be used as a tool for deterrence and that countries would have autonomy over nuclear decisions. “So having their nuclear weapons program,” Sukin explains, “might provide them with that reliable sense of security.”

“We also get the sense that [there are] concerns about who decides about when and why you might use nuclear weapons,” Sukin added.

On a larger scale, the data collected showcases the concern about Russia's nuclear threats to European security. Of those polled, there was significant support for NATO. “About 90 percent of our respondents had pro-NATO views and 66 to 85 percent trusted NATO nuclear decision making,” Sukin told Collina.

This renewed salience of nuclear risks in Europe led Sukin and Lanoszka to question its influence on nuclear proliferation moving forward.

In this instance, the question of whether Ukraine should have returned its nuclear weapons to Russia illustrates the fact that nuclear weapons are viewed as a viable solution to the threat of nuclear aggression by Russia, despite the efforts of states, non-governmental organizations, and individuals to promote nonproliferation.

Nuclear programs have gained support due to Russian leader Vladimir Putin's saber-rattling. However, American and NATO involvement in the non-proliferation process will likely prevent this, Lanoszka argued. According to Lanoszka, the United States has utilized a variety of tools throughout history, particularly during the Cold War, to compel allies not to use nuclear weapons, no matter how they pursue them. These tools, such as sanctions and targeting key financial sectors, diminish the likelihood that governments will follow public opinion on nuclear weapons.

Despite growing public support for national nuclear weapons programs, the majority of citizens do not support their use. Sukin adds that “85 percent of those who took our survey said there are no situations in which the use of nuclear weapons would be morally justified.”

Lanoszka emphasizes that the renewed fear of nuclear risks in Europe does not necessarily mean that additional states will seek nuclear weapons. "I’m fairly optimistic that the war in Ukraine, which indeed has been going on for almost eight years now, is not going to motivate new countries to reconsider their past nonproliferation choices,” said.

Lanoszka and Sukin share additional findings from their polling data in their report on the Bulletin of Atomic Scientists website.

Angela Kellett is the Roger L. Hale Fellow at Ploughshares Fund, a global security foundation. Her Work focuses on nuclear policy. You can follow her on Twitter @angiekellett.