The Air Force Is Arming its Cargo Planes with Bombs 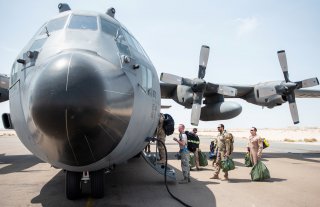